review with trailer and game experience for Xbox 360

Months before the release date of the film was known Godzilla vs Kong I decided to revise that one peter jackson movie on King Kong that came out quite well compared to the classic and iconic 1933 feature film of RKO.

Personally, I have been surprised how well that 2005 film is preserved, saving certain scenes because of the special effects on the creatures of the island, being widely surpassed today, especially in the stampede scene along the way. The Lion King, which is where the seams are most visible. But saving that detail, caused him to give the video game another chance Peter Jackson’s King Kong: The Official Game of the Movie by Ubisoft Montpellier.

One of the first intergenerational licenses 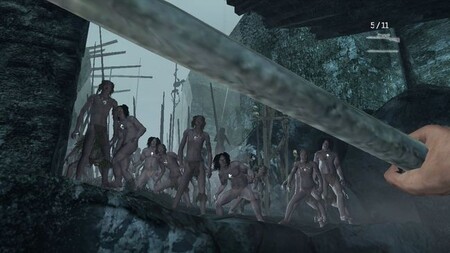 Said game, which we will refer to from now on as King Kong to dry, was released the same year as the homonymous film, being, in turn, one of those that were part of the great Xbox 360 launch catalog a late 2005.

It was also an intergenerational game, as it also came out for the first Xbox along with other consoles of the time, such as PlayStation 2 and GameCube, closing the quota for Game Boy Advance, Nintendo DS and PSP laptops, apart from the eternal PC.

What did all this mean? That, for example, the potential of Microsoft’s new console should not be exploited, of course. Or that the video game did not follow the plot of the film by heart, by taking certain licenses in many scenes to make sense of when transferring its story to a video game. It is something that we usually see often in this class of productions, although it is also true that in the case of Ubisoft the core was respected enough, although varying (or modifying) the order of some scenes, which was shocking if we had the very recent film .

Ironically, the beginning of the video game starts with full scenes from the film itself, but summarized to the beast, in just a couple of minutes, to start the action just when you set foot on the island. It should be remembered that this in the feature film took more than half an hour to produce, which shows that the game was more to the point. In fact, here we are faced with monsters shortly after arriving.

As we have said, Ubisoft took certain licenses when directing the rhythm of the game, surprising to see how those giant bugs that the group faced in the middle of the film here took the reins from the beginning, with crabs, scorpions or even some kind of gargoyles to deal with using improvised firearms or spears. Curiously, the natives took a few chapters to appear, but their role was anecdotal here.

Something they did share film and game was how twisted and burdensome Carl Denham could be, played by Jack Black, an unscrupulous director who kept the truth from the crew until the cake was discovered. To make matters worse, in one of the first sections we had to escort him and he could be killed by velociraptors. And we can’t let it die, sadly 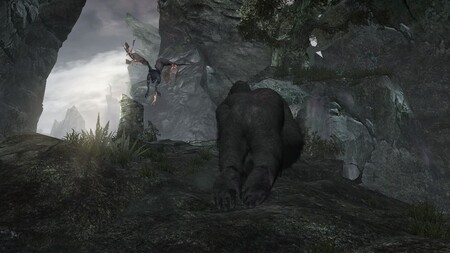 He was not the only character from the film recreated in the video game, as he was also Ann Darrow (Naomi Watts) y Jack Driscoll (Adrien Brody), the latter being the one we controlled for much of the adventure. What is striking is that the scenes with Jack, by way of shooter

in the first person with light pieces of puzzles, it is They sautéed with a few controlling Kong himself betting on the action with a camera of the most cinematographic in the third person.

Nowadays, he limps in both facets due to how limited it was at the playable level, surprising, for example, that with Jack there was no button to jump or that he could only carry a firearm other than a spear. With Kong, moreover, there were parts too scriptadas with the jumps by walls or branches and it is not that it stood out in the combats, to be somewhat crude with the blows.

It was an overly linear game, on the other hand. It was impossible to get lost and to top it off (or luckily, depending on how you look at it) there were no collectibles. Visually effective for the time, yes, especially for the movements of Kong or the larger dinosaurs, which impressed their own, stood out precisely for that variety of situations offered by Jack and the imposing Kong, with two totally different styles of play inspired by the movie until its end in New York. 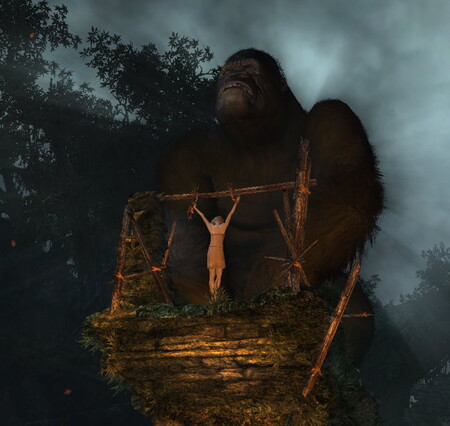 With Jack we were very vulnerable, something that the character himself reflected with a increasingly pronounced breathing after moments of tension. It was necessary to dose the ammunition and take advantage, above all, of those corpses with improvised bone lances, since from there we could extract them in an unlimited way, unlike the logs with three lances nailed in a very few way.

This game of King Kong It offered, in turn, sections where we had to use the element of fire in our favor, burning part of the environment to be able to advance or contain the bugs, use baits as a distraction or get levers to activate the mechanisms of some doors of big size.

For a game about a movie, it is striking how much Ubisoft took care of some aspects, the most striking being the behavior of the dinosaurs. If they found the carcasses of critters or other dinosaurs that we had killed, they would go up to them to eat them, which was also a great distraction. 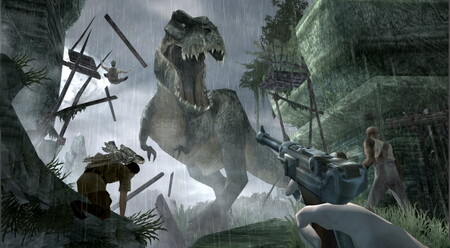 It did not matter that it was not a copy of the film, scene by scene, by offering other types of situations that perfectly complemented the essence that Peter Jackson wanted to convey. Without going any further, he knew how to take advantage of the environment to create tension when we faced for the first time a velociraptor and a giant centipede at the same time, or a group of these dinosaurs with spears, fire and other types of environmental elements. The only bad thing was having to suffer Carl.

King Kong offered a short, but intense experience, being very appreciated the possibility of unlocking an alternative ending with respect to the film that we all have so present since the original of 1933. Instead of the tragic ending of the Empire State, we could save Kong by controlling a fighter plane to eliminate those who They attacked this beast, turning off the spotlights that illuminated it in passing. After this, Kong returned to his happy island to continue being the king.

For the rest, a more than worthy game knowing that it is a license and in which there was a slight replayable component from the extras section, necessary to unlock precisely that alternative ending based on the points obtained in certain sections … or using tricks. When will the next King Kong video game be? That since 2005 another one has been playing, right?

If you want to replay it, know that it is backwards compatible with Xbox One / Series.

What Demon’s Souls can teach stuntmen about human movement – iGamesNews

Marbella Vice: The new series in GTA 5 by Ibai Llanos

Marbella Vice: The new series in GTA 5 by Ibai Llanos