review with trailer, price and game experience for Steam and Xbox 360

It is said soon, but the first Left 4 Dead it debuted in 2008 and its sequel hit the market the very next year. On which chapter was better there was never unanimity, as there is one side that opts for the style of the first and another sector that prefers the novelties that it implemented Left 4 Dead 2. And it doesn’t matter. The important thing is that they are absolute benchmarks of online cooperative FPS.

Be that as it may, coinciding with the open beta of Back 4 Blood, his spiritual successor (for being behind Turtle Rock Studios, authors of the first Left 4 Dead, precisely), I wanted regresar a Left 4 Dead 2 desde Xbox Series X and see how this FPS with more than ten years of history unfolds today. 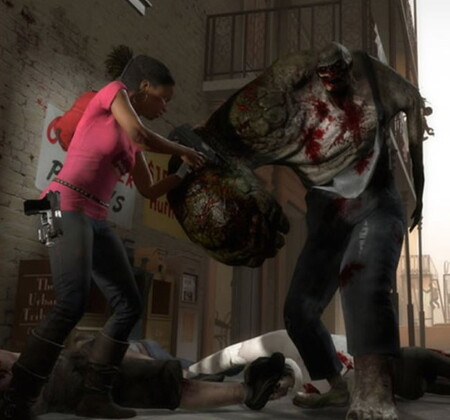 It should be remembered, first of all, that in the middle of 2020 Left 4 Dead 2 received on PC a new free expansion created by the community (The Last Stand) 11 years after the original game was released, which says a lot about the relevance it continues to have as a representative of a genre that no game (until now, because Back 4 Blood has traces of taking over) has been able to overcome it, such as World War Z in the same line or already Warhammer Vermintide within fantasy.

A decade, with two generations in between, goes a long way, and returning to this Valve sequel makes it clear that at the level of gunplay is where it lapses. Today is something that is beginning to be given more importance, taking as a clear example the leap that led to Borderlands 3 compared to previous chapters of the saga, which also came out a decade ago. Left 4 Dead 2 is more primitive and visceral, giving more importance to the containment of the horde and team play, among other aspects.

I remember when I played it 2009, because it looked more like a mod from the first Left 4 Dead for the few news, a priori. But as you got fully into the game you discovered that it offered greater complexity thanks to the implementation of the Director AI version 2.0, modifying what happened on stage according to our way of playing. And this changed the tone a lot.

Now the rapport between the rest of the teammates was more demanding, partly also due to the diversification of objects that were implemented in this sequel: now there were no longer just medicine cabinets to heal us or others, but also a defibrillator. And they were added to older melee weapons, such as bats, axes or chainsaws. Even a really cool electric guitar.

While we continued with the option to carry two weapons (primary and secondary), the item slots remained the same and had to be prioritized. And for this, communication with the rest of the team was essential, especially in advanced sections of containment against waves of zombies and the infected plus ball players. Because here were those of the first Left 4 Dead (Boomer, Hunter, Smoker y Tank

; not forgetting the irritating Witch) along with the addition of three others.

So that, Charger He was an infected man with a huge arm that he charged at high speed; Spitter it spit out a very toxic poison; and the Jockey He climbed on our hump to get away from the group and further complicate our survival. Each and every one of the infected continued to have a characteristic sound to alert us to their presenceAlthough this did not save us more than a scare, of course. 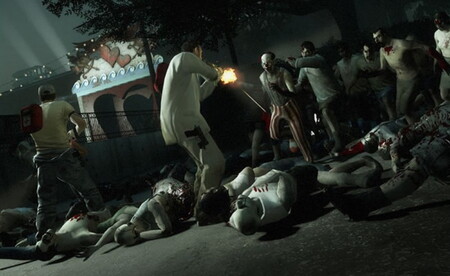 Seeing it in perspective Left 4 Dead 2 is a much more complete Left 4 Dead. And yes, it is worth that the surprise effect is lost as it is a sequel, but each and every one of its novelties came for refine your formula Without changing the main mechanics: going from point A to B in different sections, passing through several safe areas to replenish ourselves until the final fireworks in the flight.

That we could more or less like its new protagonists (Coach, Ellis, Nick and Rochelle) was secondary, since over time this sequel received two bonus campaigns where the original survivors (Bill, Francis, Louis and Zoey) were rescuedHence, what was stated above about how complete this sequel is, despite not innovating in terms of game modes, by repeating Versus (the campaign, but with the special infected controlled by four other people) and Survival. Now they did add mutations to modify options and with a realistic mode to raise the difficulty …

Deadlock, Death, Sinister Fair, Swamps, The Deluge, The Parish, The Sacrifice, Medical discharge, Shock therapy, Death knell, Last flight, Blood harvest, Troubled waters … The variety of campaigns did not apply only to the change of scenarios and the objectives to be met in certain sections in order to reach the safe zone, but rather Left 4 Dead 2 another series of special infected were also implemented. In appearance they were normal, but with other clothing, such as a clown or a CEDA (Civil Emergency and Defense Agency) agent, acting as a mini-leader of a horde or having a bulletproof vest, respectively. And this required a strategy to be drawn.

That in more than a decade the Left 4 Dead saga has not been surpassed says a lot about the (almost) perfect machinery on which this project was built with a clear message: have a bad time with three more people and with the obligation to cooperate using the microphone to communicate. At high levels, with friendly fire, it is still a difficult experience to overcome despite the fact that at the playable level it can be improved due to the absence of certain functions or not having skills such as parkour of Dying Light. A pity that el crossover con The Cabin in the Woods could not materialize, which would have been the milk … 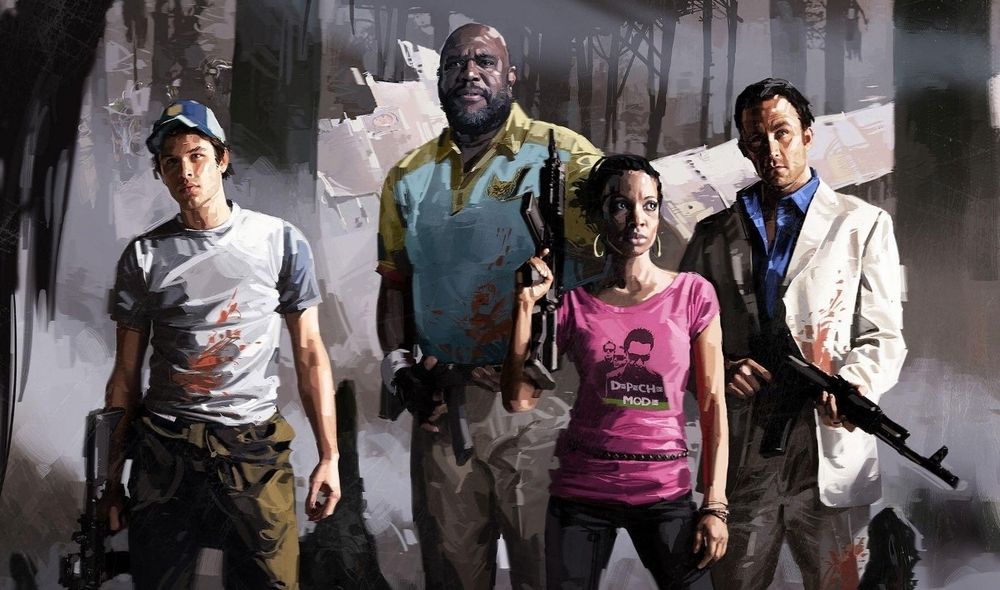 an “other world” discovered in Zelda BOTW