One of the games from the 90s that I had in Amiga 500 and that I considered impossible due to its difficulty was that The Simpsons: Bart vs. The Space Mutants in which the rebellious Bart confronted an alien invasion with a spray and special glasses, as in the movie They are alive, by John Carpenter, to be able to differentiate these creatures from the rest of the inhabitants of the iconic Springfield.

The long-lived Matt Groening series had been on the air for two years when this video game was released in 1991, being a very productive year for the franchise, with a few more crowding, including the popular The Simpsons Arcade Game Konami that we reviewed earlier. But today we want to remember The first official Simpsons home video game and with Bart as the protagonist.

The first phase, the one that everyone remembers 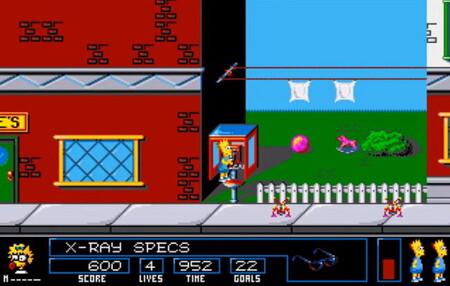 This is what the game looked like in Amiga 500.

For a platformer, it was pretty unusual. It still is now. The reason? Each phase radically changed the approach for Bart, although practically all of us have seen only the first phase, to which the cover of the video game itself refers, with Bart using the aforementioned spray.

And is that the objective of the first phase was to paint all the parts of the stage that were purple. By doing this, they were painted red and we reduced the overall count of the objective marker by one point, set at 24. This was vitally important, since we could not complete this phase until we had fulfilled all of those objectives. And some were quite bloody, having to sharpen the aim to the millimeter with the use of a firework, for example.

In addition, there were challenges that had to be experienced, as they were not all so obvious because it was necessary to have previously bought an object in the store with the coins that were coming out on stage. To this we had to add that they could kill us in two strokes, although at least the game was permissive with progress (as long as we had more lives) by preserving the objectives that we carried up to that moment so as not to redo them from scratch.

There were, of course, some illustrious Springfield locations, like Moe’s bar, which we could call to play a phone prank. The funny thing is that here, according to the version, there were two insults. In one he was told that he was a fool and in ano ther an alcoholic, with the subsequent laughter of the customers.

But Bart faced another set of challenges. 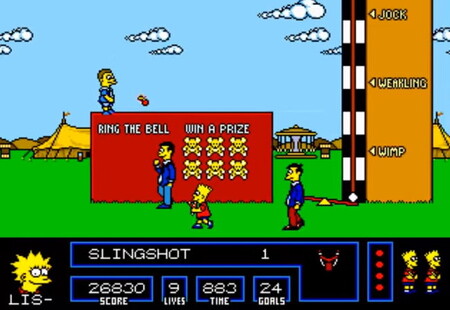 And that’s how it looked on Mega Drive.

In the 90s I was never able to pass that first phase, but today everything is easier, not only thanks to emulators or adaptations with the possibility of saving the state, but also to Internet walkthroughs. Hence I was surprised to discover how The Simpsons: Bart vs. The Space Mutants changes radically with the rest of the phases: in the second we have to take hats; in the third, balloons; in the fourth, EXIT signals; and in the last, nuclear rods. And not only that, Bart’s weapons also change.

From his iconic slingshot to a dart gunEach phase was a different challenge, but none (except the fair) enjoyed the impact (in every way) of the first, of course. The funny thing is that there was a pattern in all of them that never changed: those aliens we could identify with the glasses and on which we obtained a special object by jumping on their heads, which unlocked a letter from a relative of Bart. And it was important to do it, since by gathering all the letters, they helped us against the boss of that phase.

At the playable level, there were no problems with jumps, despite demanding nerves of steel in certain situations, but it did suffer from an improvement in control in relation to its interface, having to pause to navigate between the different available objects. And sometimes we could have problems using them, to top it off.

For the rest, an adventure that entered by sight (especially in systems like Amiga and MS-DOS, having a introduction that tried to resemble the television series), but which began to deflate from the second phase, much less inspired and where the repetitive pattern that he would continue to experience until the end became clear, especially in the tedious nuclear power plant.

Has it stood the test of time well?

No, but now I have been able to appreciate it better, as a whole. He had that thorn since 1991, having only played his first phase. Still not a wonder, but The Simpsons: Bart vs. The Space Mutants es historia de Springfield and any fan of the series should have tried it at least once. 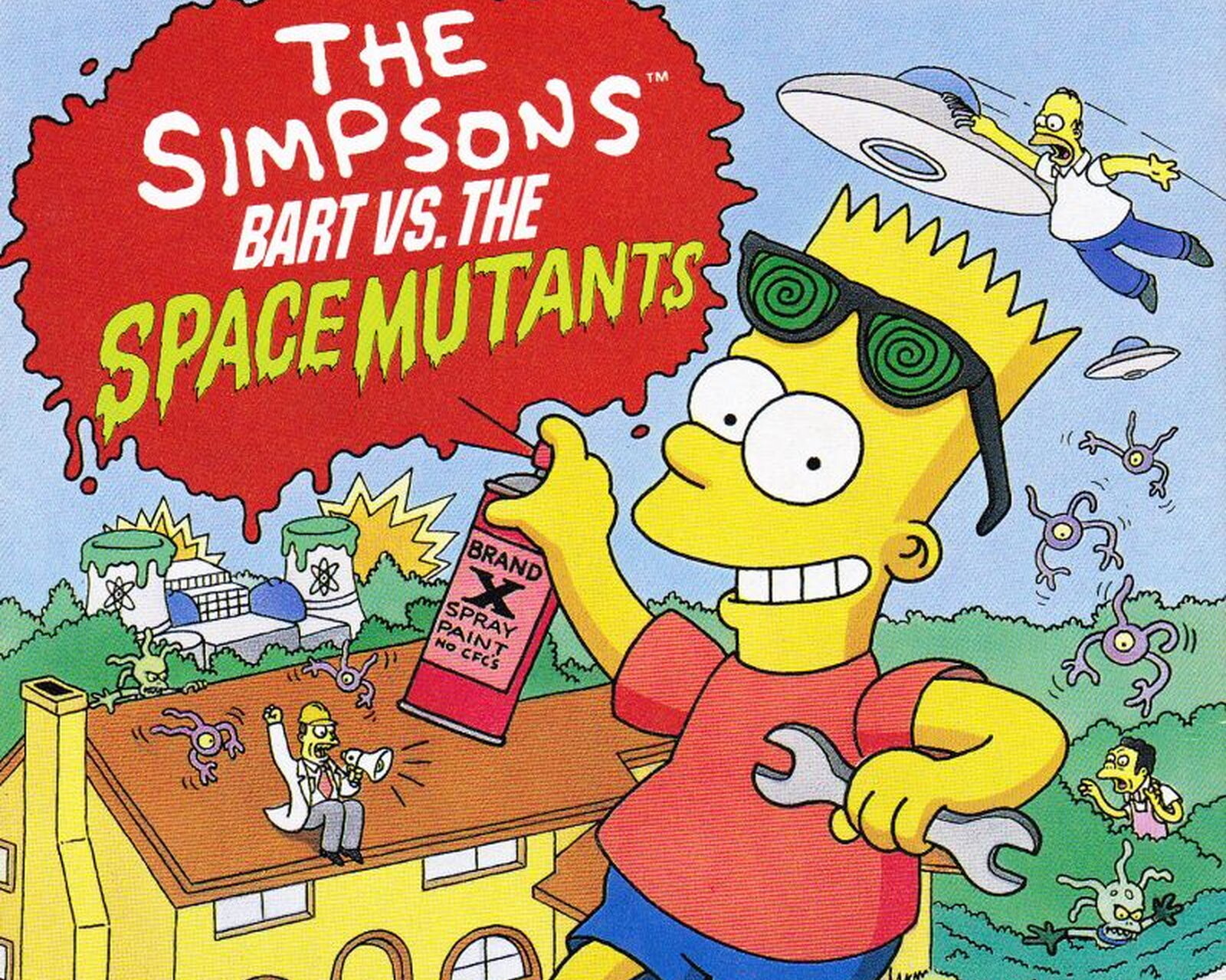 Video shows us what a GameCube island could look like in Animal Crossing: New Horizons – iGamesNews

3.99 dollars for three months of subscription

“Will Sony buy Ubisoft?” and other questions after Xbox’s shock acquisition of Activision Blizzard

How I Met Your Father: Germany start at Disney + is known!