The three first months of 2022 They are being crazy at the launch level. Elden Ring, Horizon Forbidden West or Pokémon Legends: Arceus are taking over the hours of the players. However, far away at the end of the year is Starfield waiting for his chance to dazzle.

The truth is Bethesda looks like he’s putting all the meat on the grill with the galactic adventure. A kind of Skyrim beyond the stars that we cannot give up and that the Microsoft company shows little by little in different advances. Today is a new one that you can see in full heading the news.

In a chat between Todd Howard (main director), Emil Pagliarulo (design manager), Will Shen (lead quest designer) and Istvan Pely (art director), we have been able to learn many details. They are especially related to the factions and interaction that we will have with the NPCs.

A universe without limits

The ambition is a very high goal for Starfield, since the group of managers ensures that we will be facing a “huge open world where you can do whatever you want. You will feel that you can influence everything around you.” Even in that context, it is intended that there be room for randomness, with totally unexpected events.

Realism will also be the order of the day. Photogrammetry techniques have been used to scan human and environmental models. It is precisely about NPC and factions where much of the conversation has focused. For example, we have the United Colonies, a group that “represents the future of the idealized space republic.” 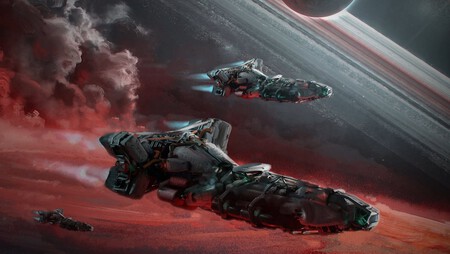 On the other hand we have the Freestar Collective, who basically come to represent the vision of a space western. The industry brought to the highest point of refinement will also be present by Ryujin Industries. The Crimson Fleet It is made up of pirates of the worst kind and although we can join them, we can also inform our superiors of another faction about what they are up to.

We’ll be kicking every nebula in the galaxy up and down, so we need someone to lean on. Thus, in Starfield we will have at our side a companion in the form of a robot

which has been presented in society and still has no name. 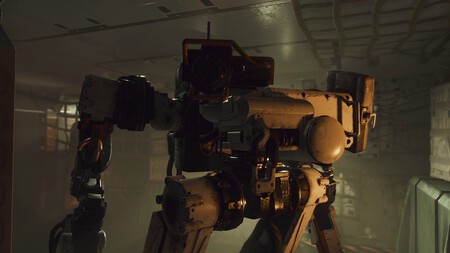 Regarding the dialogue system, a style of persuasion has been chosen that will force us to think carefully about our answers to get what we want. A big goal is to make us feel that there is no dialogue option that is unequivocally correct. In fact, Todd Howard acknowledges that they have achieved a level in this regard that is the highest they have achieved to date.

Getting a little more philosophical, Bethesda intends to touch on such momentous issues in Starfield as what’s out there? or why are we here?. We do not know if they will be able to answer these questions, but what we do know is that on November 11 we will be in front of the screen to play on Xbox Series X/S and PC.

Arcadia is now available as a new character in Brawlhalla

FF7 Remake 2 is finally set to release next month

Arcadia is now available as a new character in Brawlhalla