Stranger Things has better understood the type of content that Far Cry 6 requested, surpassing at times the DLC of its psychopaths

Anyone who has enjoyed the first three seasons of Stranger Things will wait like water in May (pun intended) for the premiere of the fourth season next May 27. And to whet your appetite we have your crossover with Far Cry 6, which connects with a part of what was experienced in the third season.

It is not the first time that this series of Netflix flirts with other video games. There we have, for example, his stellar (but short-lived) appearance in Dead by Daylight, not forgetting the official Stranger Things video game. But back to Far Cry 6let’s talk in depth about what it offers and What sensations has your DLC transmitted to us?.

If you are a fan of Stranger Things, you should try it 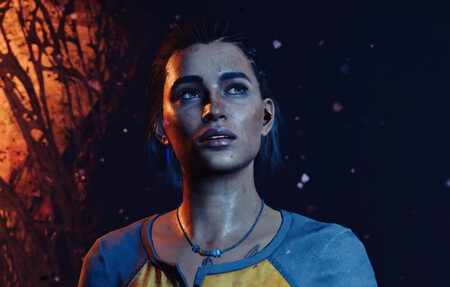 You have to remember that it is a free content

which is accessed through a special Yarana mission within the story mode. Therefore, as the free DLC that it is, it cannot be measured in “content” compared to those that are paid, such as those that allowed us to put ourselves in the shoes of their psychopaths.

It is crossover is extremely short, despite being divided into several chapters. And to top it off, it is not replayable, contrary to what happens with the stories of Vaas Montenegro, Pagan Min and Joseph Seed. But it is still curious that at times it exceeds those spin-offs alternatives, in part because very careful that its setting is in tribute to the series created by Matt and Ross Duffer.

It is, as you may have deduced, its greatest attraction. It does not remain in the simple advertising claimbut almost perfectly recreates several of the elements that we have seen on Netflix… except for the null presence of its main characters.

Dani Rojas only has one ally in this story and she goes by the name of Shest. No, we have not seen this woman in the series … at least for now, but she serves as a link for introduce us to the alternate world of Stranger Things. And the way he does it Far Cry 6 is noteworthy. If you take the series up to date, it gets you to immerse yourself again in its darkest universe.

We will not spoil your story, of course, although it is I recommend that you have seen the third season. Otherwise you will miss some other reference in text. And let’s not say in terms of objects or creatures, of course.

In addition, he knows how to play the card of fear, in the sense that it makes us more vulnerable beings. First, for making Dani Rojas lose all of his arsenal by entering the bunker that acts as a link with the world of Stranger Things. And second, because in its final stretch it adopts brushstrokes of survival horror…

Far Cry 6 gives us the ideal snack until May

has enough merit that a free DLC has hooked me more than its paid DLC, taking to the maximum that saying of “the good, if brief…”. After all, the first DLC of the season pass (Vaas Montenegro – MADNESS) started from a very good idea by becoming a roguelike inside the mind (literally) of the charismatic villain of Far Cry 3. But with Pagan Min – CONTROL and Joseph Seed – COLLAPSE the surprise effect was lost and it ended up getting heavy when those three came out spin-off

in a short space of time and look too similar to each other.

Yes, Far Cry 6 x Stranger Things – The Vanishing does not fully exploit the potential of the series, especially in relation to a certain creature that is almost props (with another, luckily, this does not happen like that), but if we take into account that it comes as a gift and that its setting is a carbon copy of the seriesno matter how linear it is (no, this DLC is no longer an open world), there are few hitches to it, wow.

Just the wish that one day there will be a video game about Stranger Things of these characteristics and not something as minor as the one we saw a few years ago, with that nature more typical of the mobile sector (in the worst term of the word due to its simplicity). The seed is planted and we already know what can be done. That Telltale Games tried it with graphic adventures, but it must be remembered that the project ended up being canceled after the “closure” of the studio in 2018.

Be that as it may, even if you have not bought Far Cry 6 you have no excuse to not try the Ubisoft game together with this crossoverby having a free trial that continues on PC, consoles and Stadia until the end of the weekend.

Kindle, Echo and FireTV – All announcements & trailers at a glance, from smart robots to QLED TVs