When we had the opportunity to briefly play Tales of Arise we were clear that their fights were going to be the best that we were going to find in this new installment, because of how spectacular and entertaining they were at all times. Some of the members of the development team wanted to talk about them precisely.

For this, Bandai Namco invites us to see a new video in which Yusuke Tomizawa, producer, Hirokazu Kagawa, director, and Minoru Iwamoto, art director, talk about why the battles of this new Tales of will be so special

and they will delight all types of players for anyone to enjoy.

The objective they set was to improve and provide new elements, ensuring that it did not become more complex compared to its predecessors. To this end, numerous details have been revised and an attempt has been made to balance attacks, evasion and there will even be brutal combos that will provide us with final moves that will focus on teamwork.

Likewise, it has been ensured that each of the characters are unique and with whom we come to feel a great attachment at the time of putting ourselves at the controls. In this sense, the team claims to have dedicated a huge effort in designing all of them so that they take shape throughout the adventure with their own personalities and movements. 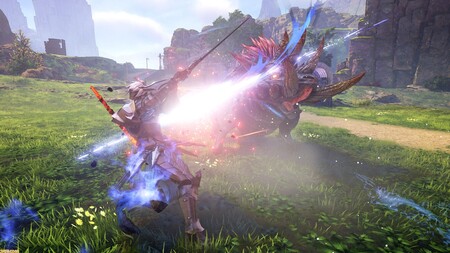 In fact, thanks to facial and motion capture techniques body, mouth or eye movements have been made more realistic than ever. In this way we will feel closer to the emotions of the characters during the sequences that we will witness or simply with the conversations that they will have on stage.

We remember that the launch of Tales of Arise is scheduled for the September, 10th worldwide and will be released for PS4, PS5, Xbox One, Xbox Series, and PC via Steam.