Five years separated Bob Hoskins’ work in Who cheated on roger rabbit? with his role in the movie Super Mario Bros. Five years that the amazing artist Rachael Moceri he wanted to pay tribute to him 28th anniversary from one of the most infamous movies in the video game world.

Uniting both worlds in a collection of spectacular and promising images promising to continue to gain weight with new creations, the artist combines the best of both worlds with her particular style cartoon from the 90s. Here you have the trailer from the movie, to remind you of old times.

The images They have no waste and those that have remained in the pipeline like the one you have under these lines are just as promising. It’s worth keeping a close eye on her to see how she continues her work and if she ends up gifting us with more wallpapers.

For now it is unknown what style they will follow Illumination Y Nintendo to shape the mythical characters of the new film, but hopefully they will opt for a more classic and recognizable style of the character.

A pity, actually, because following in the wake of crazy things like the one in the character’s manga or the one devised by Moceri could be a gift for the fans. We will leave doubts in a year, when it hits theaters sometime in 2022. 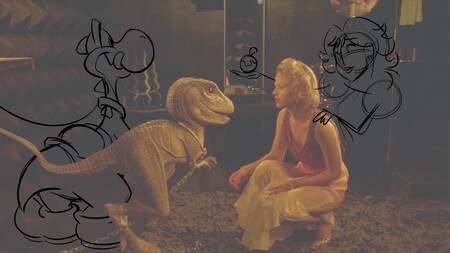