The collector’s edition of Mass Effect Legendary Edition brings a great replica of the N7 helmet, but does not include the game among its extras

We have finally known the date. Mass Effect Legendary Edition coming to PS4, Xbox One and PC May 14, being able to relive the galactic trilogy in the best conditions. In addition, users of next-generation consoles will be able to seamlessly enjoy these remasters thanks to backward compatibility.

And how could it be otherwise, the collector’s edition that will accompany it will be one of those that you cannot help wanting to have on your shelf. The most striking, of course, that life-size N7 helmet of Commander Shepard

and that makes you want to never get out of your head.

We go there with all the content of this edition: 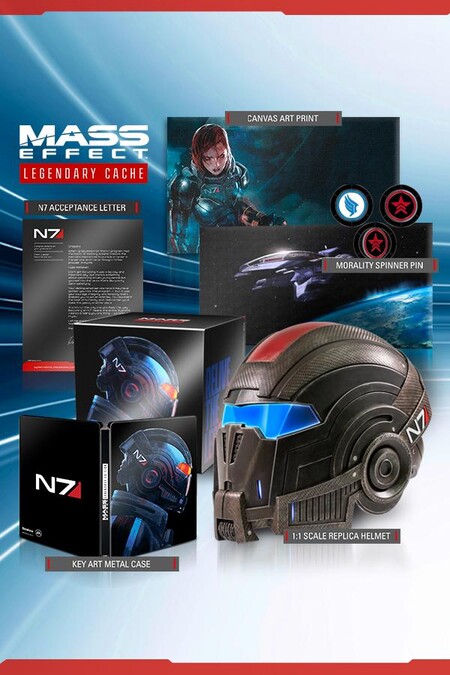 Of course, what most attracts the attention of this collector’s edition is that it does not include the game. 150 dollars is the price for which it can be done in the studio store. A decision that allows BioWare not to have to make specific collections for each platform, but rather that the users will have to buy the game separately.

Samsung: No smart TVs with OLED displays from LG for the time being

6 racing game recommendations that are really worth it

Asus’ 500Hz monitor proves that science has gone too far

Once a year does not hurt