I would swear this is not the first time that I have started a text saying that the 90s got quite out of hand. This is the only way to explain a SEGA that burned most of its last cartridges in a collection of ads more focused on showing meat than promoting its products.

Or worse yet, a Nintendo that, far removed from the puritanism of the last decades and even seen with regulatory agencies that ended up withdrawing their advertisements, placed a nipple on the page of a magazine to present Game Boy Pocket.

The shameful advertising of the 90s

Although it would be unfair to say that with the 90s started the idea of ​​”sex sells“The truth is that there was a turning point in which much of the industry seemed willing to pass any hint of decency or morals through the lining.

If in the 80s the arcade machines were presented accompanied by a suggestive woman, with the arrival of the 90s it jumped to even more questionable levels, not only using the woman as an object but also denigrating her with ideas such as the one that caused the withdrawal of this Ad of Nintendo. 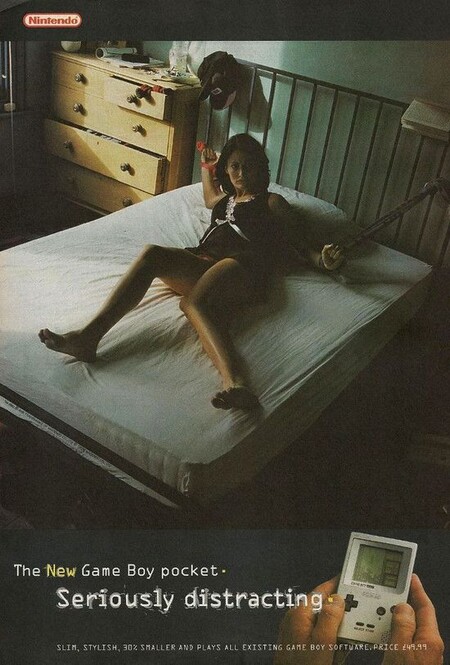 Within the world of videogames, much of the blame for all that fashion aimed at promoting noise is due to SEGA. Without a centralized strategy for advertising their products, the paths of Japan, America and Europe were completely different.

Thus, while from the United States they tried to reach all possible ages and the idea of ​​using sex as a vehicle for their promotions was avoided, in Europe the uncouth and rogue humor with campaigns aimed at adult magazines.

In search of aggressiveness and controversy, SEGA he managed to relate Ecco The Dolphin

with the use of cocaine, murder Santa Claus with the pistol of Master System or place some hanging eggs next to a neckline to talk about the combo of Sonic and its sequel in Game Gear. 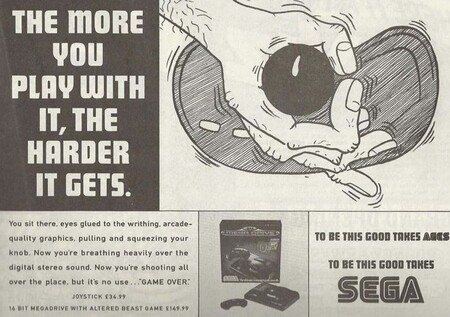 “The more you play with it, the harder it gets.”

Although the performance of those ads has always been questioned by the numbers harvested by SEGA in Europe, in the jump of Game Boy to its Pocket version, Nintendo he saw an opportunity to play along with the hedgehog by appealing to a different audience. Of the “do not smile when they tell you that you are punished” al “the second best thing you can do in the dark”.

As in the case of SEGA They also opted for adult magazines on most of their pot outings, but what according to the ad agency they worked with Nintendo it was a misinterpretation From what was shown in the ad that we saw a few lines above, it resulted in a claim from the ASA -the English equivalent of our Autocontrol agency- that ended up causing the withdrawal of the ad.

“When you look at our ad in the context of the medium in which it appeared, it is in line with what is seen at the editorial level, which, as I see it, goes even further than we were. The nature of the complaints has misinterpreted our intention to portray the woman as frustrated, not scared.”. 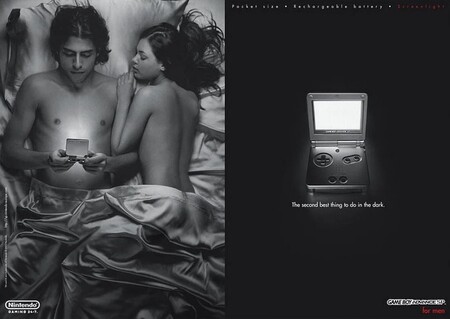 “The second best thing you can do in the dark.”

To nobody’s surprise, the campaigns continued on this path until the arrival of Nintendo DS first and Wii later, they caused the opening of the video game industry to another type of public. That hit would turn the strategy of practically the entire sector.

What had worked for decades had stopped working, and while sex continued to sell, it was also double-edged weapon that it could take away the prestige of any company.

There are those who collect that the strategy of SEGA to generate controversy, instead of showing what their consoles and games were capable of, was one of the main reasons for its decline after the fiasco of Saturn and Dreamcast. And the truth is that with campaigns like those listed in this compilation, it does not surprise us too much. 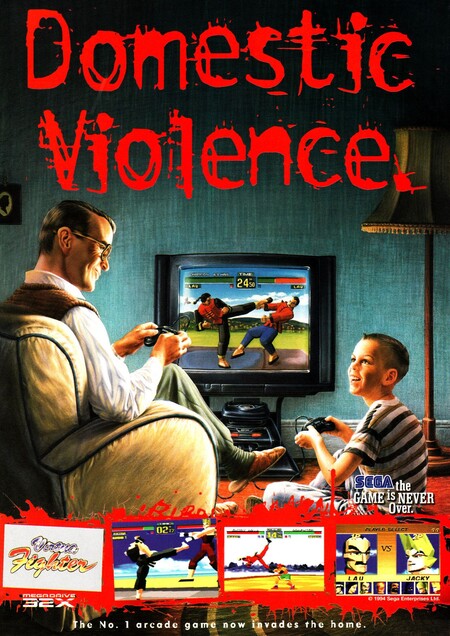 No noise: horror films will soon be adapted into video games, the news!