It begins to be something habitual in our Magic Chroniclesbut today’s edition has double dose of nostalgia. To which already provokes in itself for many of us Magic: The Gathering It’s time to add that of the mythical kiosk collectibles.

Between minerals from around the world, plastic parts of the human body, English courses on VHS and rally car models, the kiosks of our country delivered one of the rarest collections in the history of Magicthat of the Salvat encyclopedia.

By the time that oddity reached the TV commercials I had already been away from both worlds for some time, but for some reason that was saved in a corner of my memory that I thought had been completely forgotten.

While looking for interesting topics to bring you, like every week, I came across the following video and a lot of memories began to bloom.

I visualized myself on the sofa in front of the TV, remembering the letters that must have been kept somewhere in a wooden box, but the image of the cardboard of the first number in the kiosk close to my house and the temptation to buy it.

I don’t know if I did it at the time or in the reissue that would come several years later, but I seem to remember that I finally fell for it and bought an issue. Curious that the memory of that ad is so vivid but not of the purchase itself.

An “exclusive” collection from Europe

The idea, like that of all similar collectibles – a much larger and more profitable business for large publishers than you could ever imagine, even today – was to offer a series of releases with which to keep the public hooked. shape weekly.

For that first edition, the idea was to launch a complete encyclopedia of Magic that, through 50 numbers, offered the bases and rules to play while delivering a complete collection of 10 thematic decks with which to train each of the concepts of the game. 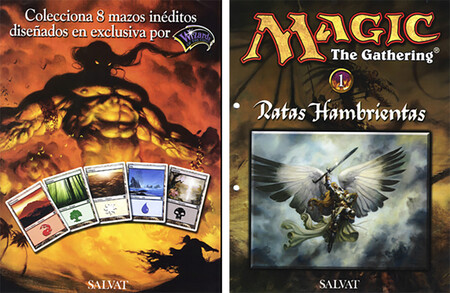 With six different sections, the encyclopedia introduced you to the game, how to play, a deck guide, a ninth edition card guide, a review of all the collections released to date, and a final section focused on the lore of Magic

The interesting thing, however, was that collection of 10 decks, 60 cards each, with exclusive family cards with the Salvat logo that you couldn’t find anywhere else. Official letters and approved by Wizards of the Coast that, in addition, you could use in official tournaments.

The scare of Salvat’s Magic collection

Whether it was because of what could catch your attention as a beginner, or because of the exclusive character that a bite like that could mean for fans and collectors, the first issue of the collection hit newsstands in August 2005.

With a pause that stopped the second number of the collection until September of that same year, the collection continued along with the arrival of all that string of collectibles that used to besiege us every fall when we returned to class. 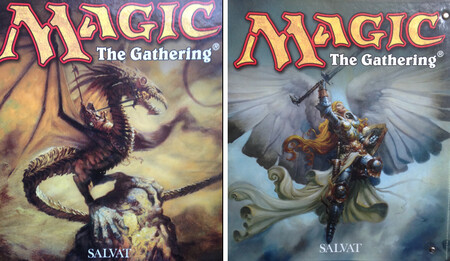 Five issues later, the collection stopped for no reason. October had just begun and, what promised to be one of the collections of Magic

most special in its history, disappeared without a trace.

Whether due to disagreements between distributors, supply problems, or because it had simply been a trial balloon without the intention of raising much noise, the collection of Magic exclusive for Europe was closed with only one of the 10 completed decks.

One of the rarest Magic sets

And just as it disappeared, the encyclopedia of Magic de Salvat returned to newsstands the following January, this time accompanied by a television commercial that invited one to believe that, this time, the adventure of such a curious collection would continue.

Starting with the first number and modifying some of the gifts that were included between the letters and the pages of the encyclopedia, that curious collection not only continued, but also ended up jumping to other countries. 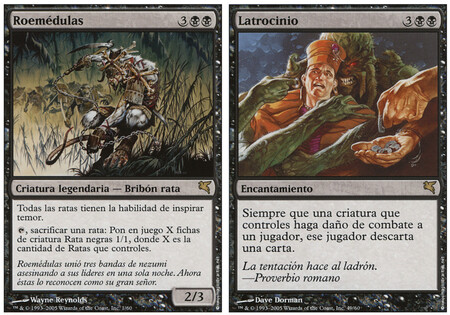 in March 2006 we Spaniards would no longer be the only ones to possess those letters after the arrival in French territory of the same collection translated into their language. An expansion that would grow even more that same summer also in Italian lands.

Four years after that, following what was apparently a success, Wizards of the Coast rejoined Salvat with a new 720-card set that would also include normal expansion packs from Magic. An additional rarity that, this time, remained exclusive to our country.

Rumour: Banjo-Kazooie, Perfect Dark, And Paper Mario Might All Be Getting PC Ports