Like almost the majority of fans that swarm the internet, I too have fallen enraptured by Lady Dimitrescu, the giant vamp who promises to become the great star of Resident Evil Village and that has already gained the attention of half the gaming community.

But unlike those who have surrendered to his feet with other connotations, mine has been out of pure passion for monsters. We are not used to experiencing the rise of new terrors firsthand, so when one as imposing as Lady Dimitrescu, hopelessly shops to look for parallels and hidden origins.

Of vampires and giants

Thus, if the Baker of Resident Evil 7 They could well be the typical Southern nutty family and their corresponding dementias and tendency to cannibalism along the way. Texas Chainsaw Massacre O The Hills Have Eyes, the giant of Resident Evil 8 he must also have some reference to hold on to.

Although it has not yet been officially confirmed, due to its characteristics and actions we could well assume that we are facing a vamp

. His pale complexion, his fear of a sunny day and his eyes alight in search of blood thus let him glimpse. 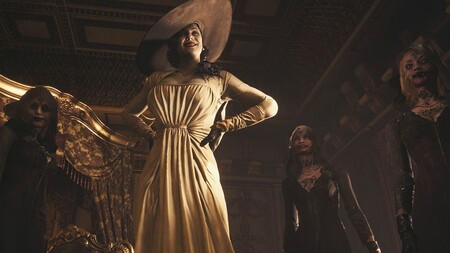 Obviously, characters like the Countess Elizabeth Báthory are discarded. Yes, she may be the most famous vampire that comes to mind, but beyond sharing a certain passion for blood, she doesn’t have much to do with the figure and representation of Alcina Dimitrescu.

We know that in classical culture vampires are unusually tall, but they are far from being considered giants. Could we square the figure of Arabella March, dressed in white and tall enough to be a notable feature. The snake woman might even make some sense in the eyes of Lady Dimitrescu, but being very far from the idea of ​​a giant vampire. 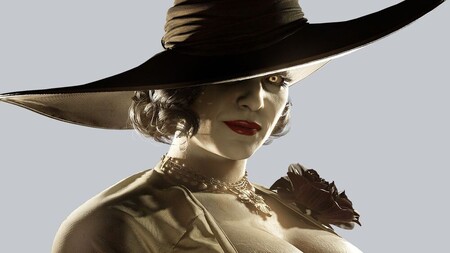 In fact, the only reference found to a giant vampire is found by Guillermo del Toro and his series The Strain. It talks about the figure of Jusef Sardu, a Polish nobleman who suffers from gigantism and ends up turned into a vampire. It gets closer, but it is still not what I was looking for. What if I’m not looking in the right place?

Giving up all hope of finding a relationship with other monsters that are already part of our popular culture, I begin to think that Lady Dimitrescu

it’s just a good idea and I’m not going to find any additional story that allows me to expand on this style of monster. 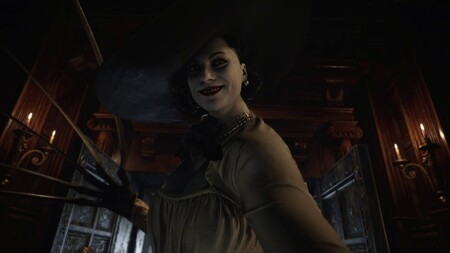 Japanese terror as a starting point

But then a clue comes to my hands. Perhaps the unusual thing is not the fact that he is a giant vampire, but the opposite. If I search for giant monsters Taking the idea of ​​vampires out of the equation, you may find a figure that you remember or may have served as inspiration for this villain.

Bingo. There is little to do on the western level with forest giants, snow monsters and European trolls that gobble up any comment about monsters of unusual height, but it is in Japanese culture that I come across the eastern equivalent of our Slenderman.

Like the Bogeyman of the internet age, the Japanese character is also of recent creation and owes its origin to the creepypasta culture. It is there, between forums and stories on social networks, where the spirit originates Hachishakusama

Drawings and stories shape a spectacularly tall woman with a pale complexion and an affable and maternal appearance. A yokai with a fixation on children, whom he kidnaps after having appeared to them without apparently bad intentions, who is elegant, with a long white dress in a set crowned by a big hat that covers her dark hair.

It seems Capcom took inspiration from the Japanese urban legend known as Hachishakusama the eight feet tall woman who like to abduct children to steal their souls.
The similarities in the design are quite close. pic.twitter.com/adp4EkWQxI

On paper, the idea is quite square, but a quick search of the fandom images on the internet reveals the similarities between Lady Dimitrescu and the aesthetics of Hachishakusama. The final idea may not be closely related to the urban legend, but it certainly seems like a good thread to pull and start working on creating a character.

Perhaps the process was not to turn a vampire into a giant, but to take another monster as a reference and from there vampirize it. But be that as it may, with all the commotion, what is clear is that the creatives behind Lady Dimitrescu they have earned a pay raise.

Halo Infinite: The campaign is finally on video, discover the changes

Succession extended! The HBO series is getting a 4th season early

New World, How to Play in PvP … while waiting for the main PvP mode to return

A game based on A Quiet Place is under development

New Mod already offers a quarter of the map