That’s it, it’s over. Disney + aired the last episode of the series on Friday Falcon and the Winter Soldier, the second in the Marvel Cinematic Universe under this format, following in the footsteps of the surprising Scarlet Witch and Vision.

It has not, of course, been a series that has given as much play as the aforementioned WandaVision, but at least it has served to see the evolution of its protagonists main, outlining, by the way, the future for other new faces. So let’s see what their appearances were like in video games, not only for Falcon and the Winter Soldier, but for other important characters …

WE NOTICE: SPOILERS below about the full season … 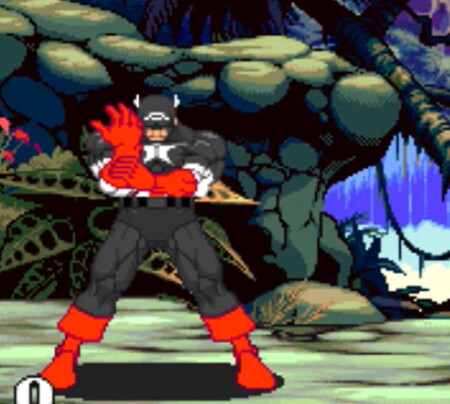 If in WandaVision the first to debut in a video game was Vision within the Captain America and the Avengers from Data East in 1991, here it was neither Falcon nor the Winter Soldier, but the recently debuted U.S. Agent. It was at that Marvel Super Heroes vs. Street Fighter Capcom from 1997, as an alternate version of Captain America, in his black suit and being faster. On the back Marvel vs. Capcom: Clash of Heroes 1998 was no longer playable, but was included only within the characters to invoke as assistants.

Zemo was boss in a terrible Iron Man game 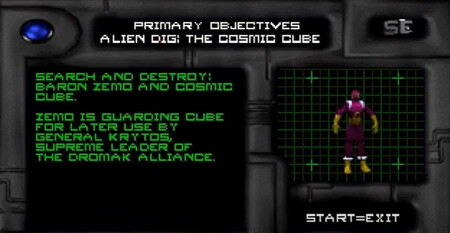 Being more technical, it was actually the Baron Zemo the one that appeared before US Agent, but not as a playable character, but as one of the bosses of the terrible Iron Man / X-O Manowar in Heavy Metal 1996. It was a game released by Acclaim that garnered negative reviews on PlayStation, Saturn, PC, and handheld consoles. 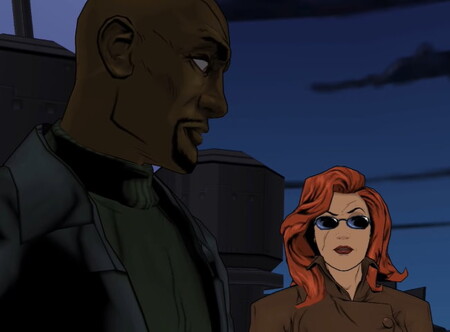 It is surprising to see that Sharon Carter debuted before the protagonists of the series, but it is like this. It was at that Ultimate Spider-man by Treyarch released in 2005 on PS2, Xbox, GameCube and PC, apart from Nintendo laptops. His first appearance was with Nick Fury, his second being with other SHIELD agents. 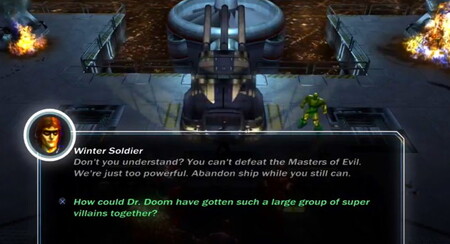 The Winter Soldier did not have a stellar debut in video games, since he was relegated to mini-head of trash in the Marvel Ultimate Alliance 2006. Although it was much worse for US Agent, being banished to alternate costume (again) for Captain America. Interestingly, in the Marvel Ultimate Alliance 2 In 2009, the Winter Soldier would repeat as boss along with Radioactive Man.

The medley of all the Marvel Super Hero Squad 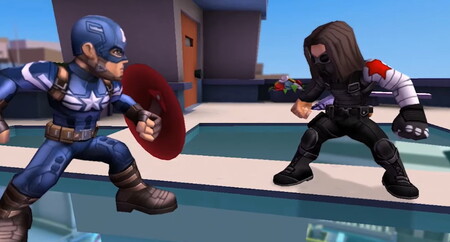 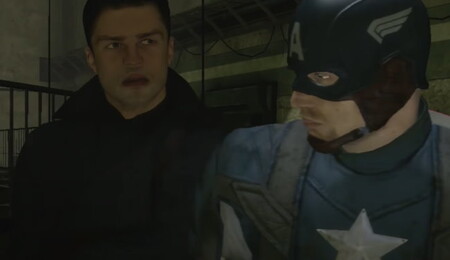 He tends to forget that on the occasion of the theatrical release of Captain America the First Avenger In 2011, SEGA launched Captain America: Super Soldier. And not only that, but it featured the faces and voices of its main actors, such as Chris Evans, Sebastian Stan or Hayley Atwell. This means that, obviously, it appeared there Bucky Barnes

being helped by him leaders.

LEGO Marvel Super Heroes did not miss the DLC-ita

Already in 2013, the protagonists of this series coincided in the color LEGO Marvel Super Heroes, one of the first intergenerational games between PS3 / PS4 and Xbox 360 / One. However, they were not part of the main game, but were relegated to a DLC, the so-called Super Pack of heroes and villains.

They would both return in the Lego avengers of 2016 together with Sharon Carter, where it was even added Zemo in addition to its version Citizen V by means of a DLC. While in the later LEGO Marvel Super Heroes 2 of 2017, they only repeated the Winter Soldier and Zemo. It’s still the last LEGO Marvel.

In Disney Infinity 2.0 this couple had figures

The fever for the figures of Disney Infinity lasted only three seasons, having in the sequel (Disney Infinity 2.0), the one based on Marvel heroes and villains, the own recreations of Falcon and the Winter Soldier both in-game and with figures in real life. And of those they looked better than the amiibo.

“None” was missing from the MMO Marvel Heroes Omega 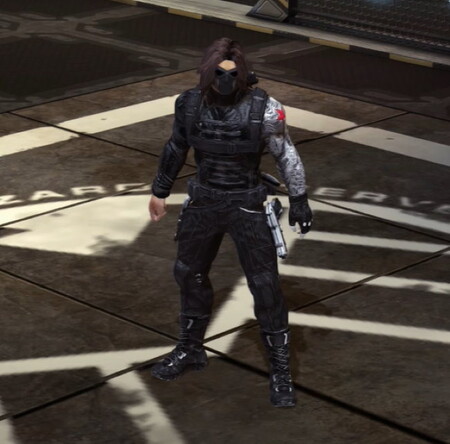 In the same way as it happened with Scarlet Witch and Vision, in the ambitious Marvel Heroes Omega

(definitive name of the “Marvel Heroes” that emerged in 2013), whose journey ended at the end of 2017, in this MMO almost all of its main characters were recreated: Falcon, Winter Soldier, Sharon Carter and US Agent, although in the latter it was only an alternative version of Captain America’s costume … so as not to lose the habit. In fact, US Agent has returned to repeat as an alternate costume in the recent Marvel’s Avengers de Crystal Dynamics.

Marvel vs. Capcom Infinite and the DLC Soldier 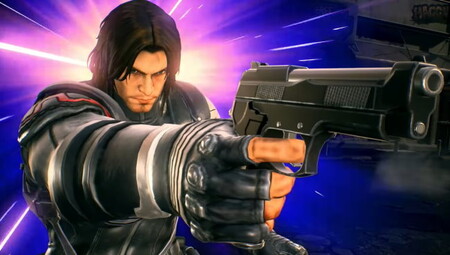 Beyond the disappointing roster of the Marvel vs. Capcom Infinite 2017, especially compared to Marvel vs. Capcom 2: New Age of Heroes, which offered a brutal selection, it was surprising to see how Capcom offered a single season pass with six additional fighters, being the Winter Soldier among the few chosen to drop extra money to complete the cast of 36 characters. He had already made his first steps in the Ultimate Marvel vs. Capcom 3 from 2011 as skill card inside special mode Heroes and Heralds, eye. 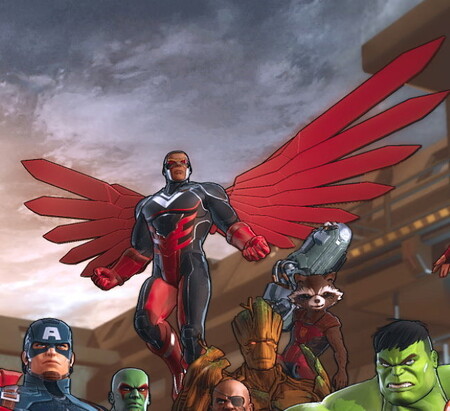 It is still curious that with Marvel Ultimate Alliance 3: The Black Order the pattern of Scarlet Witch and Vision is repeated. If the first was playable and the second a mere NPC, with Falcon and the Winter Soldier exactly the same happens: Falcon is a playable character, while the Winter Soldier is an NPC.

In other systems they have had another style 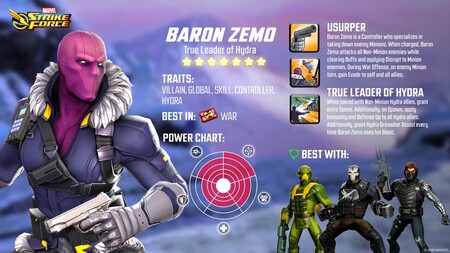 In this review we have omitted minor games for Facebook or mobile devices, apart from the Marvel Puzzle Quest, which moves away from the more traditional style to bet on the genre of shatter-gems, although it came out on consoles and PC. Be that as it may, all of these characters have appeared in the following titles:

Now our sights are on the series Loki and the movie of Black widow. What will they surprise us with this time from Marvel? We will see very soon …

Capcom Arcade Stadium Packs and more at an extra discount

The PS5 exclusivity gives us another date

When can I play again?

Infiltration extended! The sci-fi series on Apple TV + is getting a 2nd season

Better than Black Friday: One of the best wireless gaming headsets at an unprecedented price!

Capcom Arcade Stadium Packs and more at an extra discount