I recently told you how has my experience been in League of Legends since I started playing a couple of years ago and the fact that ARAM has been pretty much the only game mode that I’ve put thousands of hours into. The truth is that I felt like a weirdo because I had the feeling that there weren’t many people in my same situation.

However, it was clear to me from your comments that there are other players out there who are experiencing the same thing and don’t like Summoner’s Rift. It’s not that I hate it either, it’s just that I’m just not too drawn to the mechanics that LoL’s main mode features. Instead, the story is completely different if we talk about the rest that use the same map.

And it is that sometimes several special game modes are enabled that rotate. So, today we have to talk about two of them, specifically about URF and ARURF and why they should come to stay once and for all.

Two ideal alternatives that parade from time to time

For what don’t always be the same over and over againoccasionally League of Legends runs themed events that unlock tasty rewards, like last month’s Lunar Revel 2022 to celebrate the Lunar New Year, which in turn allowed players to take part in ARURF.

As I have previously pointed out, this is just one of the temporary game modes that the Riot Games MOBA has. They are only available for the duration of the event

so that as soon as these end they disappear without leaving a trace until the company is encouraged to bring them back with the same excuse.

In part it is meant for greater variety, but for the same reason, as there are so many temporary game modes, it would not be bad if one more followed the same example as ARAM and became fixed forever. Especially in the case of URF and ARURF, because they are both more than decent alternatives for all those who do not like to play Summoner’s Rift in its standard version.

The point is that all three take place on the same stage and the main goal is exactly the same: Two teams of five players will face each other with the task of reducing the opposing base to ashes. However, certain characteristics in the mechanics of the games are what cause them to stand out so much.

What is special about URF and ARURF?

In both the action is much more direct, with a rhythm that is not nearly as slow and therefore the games are generally shorter, lasting about 20 minutes. This is because all characters have a permanent aura that allows them to attack faster than normal, since skill cooldown is drastically reduced and the cost of mana and energy is also completely removed.

That’s why the champions they can attack so extremely fast, hence the acronym: Ultra Rapid Fire. The same goes for ultimate attacks, so you don’t have to wait a minute or two in some cases to reuse them again, just like with spells, but you also increase the stats so they deal more damage or are more powerful. Frequent critical hits.

For all this it is clear that we are facing modes with a very frenetic pace and in which it is not so decisive that a player is eliminated. Above all because the bases have a cannon

where team members can be dropped in to dash anywhere on the map, up to a certain distance, making it easy to jump back into the action as soon as you respawn.

Beyond all this, the difference between URF and ARURF is that in the first it is the players who can select the champion they want to play with after a previous ban phase to ban up to a maximum of five characters that no one can catch. On the other hand, in the second, everything will be decided randomly (All Random), in the same way that it happens in ARAM.

Excellent, but not perfect 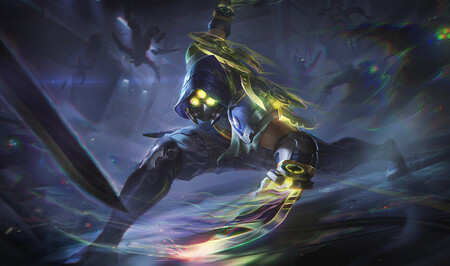 Starting from the basis indicated so far, in these modes it is not so mandatory to choose a specific character for each position on the map. It’s not that you have to select a jungler, a supportetc., and you will not have to be so careful to crush the opponent’s minions, since you level up very quickly and earn a lot of money by eliminating any of the opponents.

It is for all this that I love both and temporarily abandon ARAM to dedicate myself exclusively to them when they are available, because they are the most entertaining and continue to be modes more focused on action and not so much on strategy, which allows us to be able to play from any position and not focus on just one

depending on the champion assigned to each one.

In spite of everything, it does not mean that URF and ARURF are perfect, far from it, because the great inconvenience that they have due to their very fast regeneration mechanics is that these modes they are not equally compensated for all characters. For example, after playing hundreds of games I’ve noticed that those who attack with magic or from a distance often start out with a considerable advantage over others. 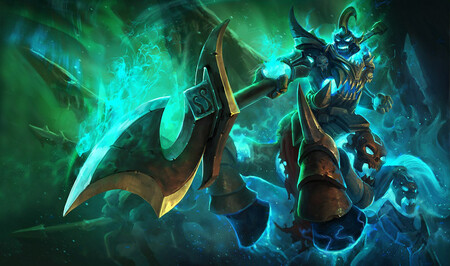 This is because they can attack non-stop from afar without having to wait for their abilities to recharge, so in URF it’s common to see champions from this division or those who were originally very quick to plant. face your opponents. Among the best examples we have Akali, Zed, Vel’koz, Fizz, Nidalee, Cassiopeia, Hecarim o Yuumito name just a few.

In fact, the combination formed by these last two is one of the most disgusting that I have come to witness, for the speed that Hecarim can catch thanks to Yuumi and on top of that without spending any mana, which practically turns him into a roller when he approaches someone, destroying them with just a couple of hits. But as I say, this is just one example of many that I have seen that have seemed absurd to me because of how beastly they are.

At least I have to admit that URF has served as an excuse to learn to control certain characters which later became one of my favorites after seeing the havoc they are capable of causing here, especially Nasus and Twitch. In short, Riot Games should seriously consider incorporating more modes to the fixed list apart from Summoner’s Rift and ARAM, which after more than a decade being the most popular MOBA in the world is already touching a change in this aspect.

EGRET II: The Taito mini terminal that does the maximum?

This God of War mode brings Homer and Bart to Midgard

this important character should finally appear

Duplicati: This is how you create a backup and save it in the cloud