VOLTA Football is not the most groundbreaking mode in FIFA 21, but it has become my daily obsession

In these days of winter and pandemic when you have to stay at home longer than desired, the soccer alternative of FIFA 21 has turned out to be a meeting point, how much less, interesting. Many of the parishioners usual of the saga of EA Sports we had less trouble finding each other online. And at the same time, we have welcomed old friends who have not touched a console controller for years.

One aspect that has always fascinated me about the most recent FIFA installments – as opposed to alternatives – is their ambition to try to capture most of the nuances of the beautiful game. From the fervor of collecting and the bidding of cards that we have all experienced in school to the intrinsic density of its Career mode and how it invites you to dive into that endless festival of competitions and events with your favorite team.

And since last year, through the VOLTA Football, FIFA has brought back the spirit of street football. Long live neighborhood soccer! 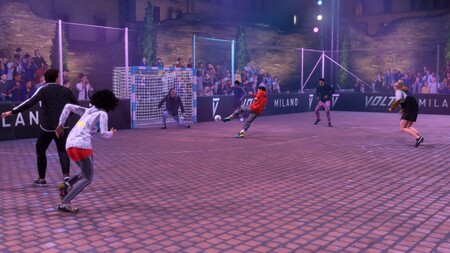 At this point it is worth making a clarification: VOLTA Football It is not FIFA Street. The biggest addition to these last two FIFA releases doesn’t bring back or rekindle the Arcade-tinged football experience. But your alternative is not bad. Specially in a delivery that seeks to be even more social, implementing the cooperative in its star modalities.

I confess that I am not exactly a prodigy with the command in FIFA. Nothing is further from reality. In traditional modes, such as the different varieties of Quick Match, I can barely defend myself when playing against my brother, and we both know that I can’t keep up with him when we share a jersey and goal. However, in VOLTA Football

The game style of VOLTA Football It leaves me more room to improvise, to risk, and to experiment with things that are heavily penalized in other ways. The games are much faster and unlocking extras is more immediate. And that in FIFA 20 I beat my own record for open packs in Ultimate Team. What has changed? 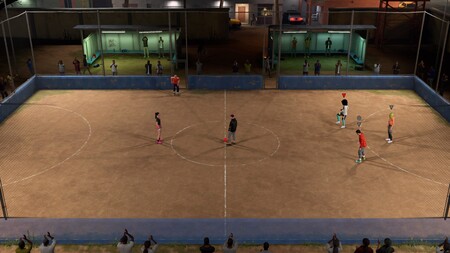 In the playable, VOLTA Football has gotten me to play a little bit every day. Their style of play is more dynamic and there is more scope for filigree. To which we must add that strategy gives a lot of ground to improvisation and physical play.

And that means that in the end I end up throwing one more game than I planned to unlock a shirt or sneakers that, I confess, I’m not even going to wear. Not because I want them, but because there is always a teammate on the other side of the online who invites me not to turn off the console.

And by extension, the fact that I feel more comfortable improvising games translates into more even statistics of wins for each loss against my brother when I share the sofa, my friends from a distance and any rival that comes my way when playing online.

Which is not bad at all, if we consider that VOLTA Football it fails to match the impact of other modes in FIFA. And it is not because EA Sports has not turned to t ake you by the hand during the initial bars of the experience.

The DEBUT, much more than a tutorial for VOLTA Football 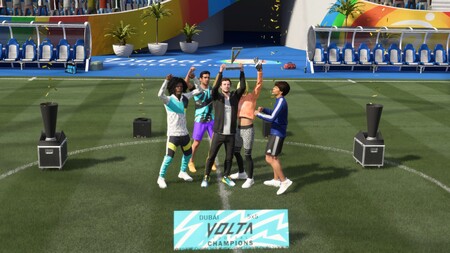 Like when starting FIFA 21 itself, VOLTA Football kicks off taking you to its field: You create a character more or less to your liking by bringing out the versatility of the Frostbite engine and getting you to play on a small track. That has little to do with 11v11 games.

On paper it might seem that there are hardly any changes regarding the playability, in practice agility and risk are rewarded much more. The space is smaller and inevitably the entrances are more abrupt. On the other hand, watermarks are no longer to show off: doing fancy stuff with the ball is also your best weapon.

The story mode that started in FIFA 17 disappears and gives way to The DEBUT, a concise plot that, through small cinematic scenes, challenges us to qualify for a football event in Dubai touring stages around the world. A pretext that works when it comes to teaching you the basics and, in the process, allows you to sign your first cracks. 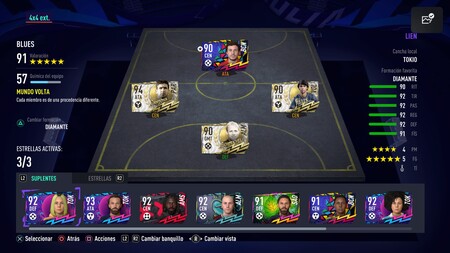 Without becoming a procedure (The DEBUT it is completely dispensable to access the rest of the modes) its duration, of just one afternoon, manages to introduce the newcomer to the variety of scenarios, the rhythm and the character of these games. Inviting you to raise the bar for difficulty when you feel comfortable enough winning matches.

And it is from there that Pandora’s box opens. That source of hours in which it is not difficult for me to bathe, at least once a day. Even if it is a little while.

The mode featured battles They are fast and varied matches. Each community meeting has its own rules, its own track, and its own character, eliminating the sense of routine entirely. We choose what to participate in and if we are not convinced by the options we can restart the selection of meetings. 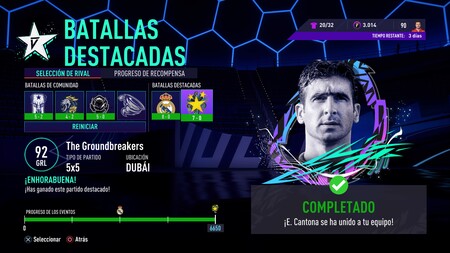 The ultimate goal? Accumulate enough points to access the featured matches, where we can get hold of exceptional kits and best of all: the mold breakers.

In VOLTAAfter each game we can recruit one of the players from the rival team. We will have to take into account their abilities and the chemistry of our team, of course. However, little by little the FIFA 21 guest stars are leaving fewer minutes to those we meet along the way. And it is not for less: from João Félix to the legendary Cantoná, going by Lewis Hamilton (yes, the Formula 1 driver) or the very Dua Lipa.

One of the novelties of this year is that we have the option to control only our character or the entire team. And although that seems like a bad idea a priori, in the long run it makes sense for this year’s real engine in terms of the VOLTA experience: the mode VOLTA equipment.

And it is in Return Equipment, precisely, where this mode has returned something that I considered lost: the neighborhood soccer games that I left in my teens. With a friend from then, of course, and also many others that I have been doing until today. 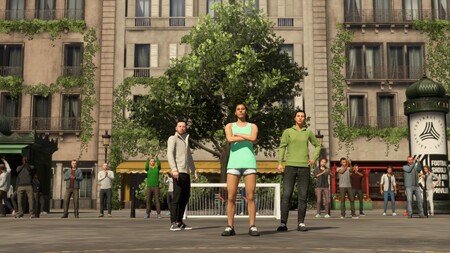 The idea around Return Equipment It is very simple: we can play on our own or form a team with up to three friends. And, from that point, launch ourselves to compete in events and leagues. Climbing ranks and, in the process, unlocking weekly rewards.

The DEBUT isn’t that it’s a groundbreaking tutorial, but it’s a great first step so that our group of friends have stopped mashing buttons and throwing themselves to the floor to the minimum and, instead, let’s start taking this crazy hobby online more or less seriously. Or, at least, with a certain sports discipline.

And, in the process, between departure and departure, we catch up on our lives. Laughing at old anecdotes and our day to day. In the process chaining one party with the next. 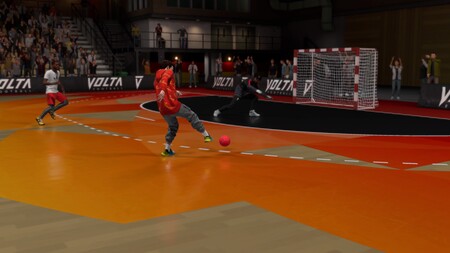 VOLTA mode is neither groundbreaking nor transgressive. It has no ambition to be a different game within another game. But it has something that it seemed that it would not find in a video game: the ability to bring the same old people together with a common goal. With games fast enough that the next one always ends up being the penultimate before saying goodbye.

Perhaps it is something that happens to me, but leaving the mechanics and strategies of traditional games, those of big states and teams of 11 players, in favor of doing a little more the goat or trying something more daring than normal, I find it more fun. Especially with friends.

Above all, when things go well and we all celebrate it by shouting until the next serve. With an avatar that may look more or less like you, but that represents you in the game. That celebrates the goals scored with the characters of your friends. 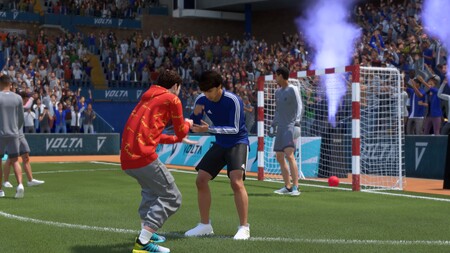 Because if TIME Football It has become my daily obsession not because it is especially addictive, or because of the way it has me unlocking clothes and soccer or song stars. But because, in these days of this peculiar year, I spend the rest of the hours wishing go back to the neighborhood court with my brother and my old friends. A feeling that seemed to have lost.