We speak with Daisuke Inoue, Jin Fujiwara and Fumihiko Yasuda, director and producers of the game

It’s not every day that you have the opportunity to talk to the heads of a saga of the caliber of Final Fantasy and one of the key people of Team Ninja at the same time. Of course, the reason for our talk is as exceptional as the occasion itself: Stranger of Paradise: Final Fantasy Origin, the reinvention of the first Final Fantasy under the prism of current action games.

On iGamesNews we have had the opportunity to speak with Daisuke Inoue, none other than the director of director of Stranger of Paradise: Final Fantasy Origin; Jin Fujiwara, one of the key producers when it comes to expanding the Final Fantasy saga beyond the JRPG; and Fumihiko Yasuda, the head of a Team Ninja determined to revalidate his style in any type of game. A doubled challenge Stranger of Paradise.

And it is that very few role-playing sagas born in Japan have been as daring, ambitious and experimental as Final Fantasy while remaining at the forefront of RPG. The secret? Square Enix has been able to delegate its star saga to third parties. Something is essential, as we shall see, for reach new players and surprise long-time fans. A concept that takes on new nuances in the reinvention of the first Final Fantasy under the prism of Team Ninja.

Stranger of Paradise: the challenge of creating a Team Ninja-style Final Fantasy

Unlike Final Fantasy VII Remake, Square Enix set out to commemorate the 35th anniversary of its most beloved saga by inviting us to rediscover it in two very different ways. On the one hand, relaunching the original games through Pixel Perfect versions. On the other, giving free rein to the study behind the Ninja Gaiden or Nioh sagas. Now, As Inoue tells us, during the creative process there was a key figure who was very dear and special to Square Enix fans: Tetsuya Nomura. 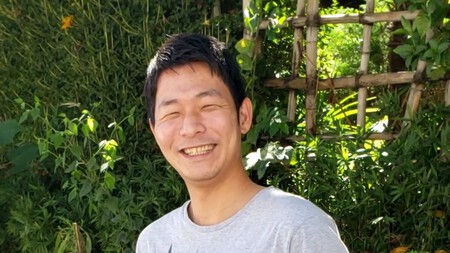 [Daisuke Inoue] From the very beginning, we received the initial concept of the game from Mr. Nomura, with the overall story and setting of Stranger of Paradise: Final Fantasy Origin and character designs. We regularly discussed story and design with him to decide the direction of the game, but overall, I feel like he left the decisions up to me.

The figure of Tetsuya Nomura has become an institution in itself for Square Enix fans. He is the creator of the Kingdom Hearts saga (no less) and one of the people most involved in the new stages of Final Fantasy among other projects. 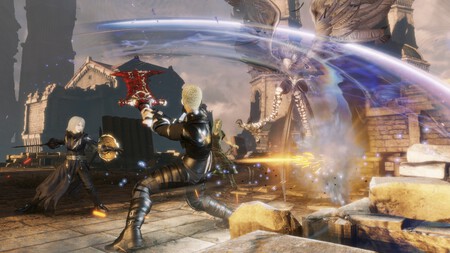 And despite the fact that his creativity and his vision are very present in Stranger of Paradise: Final Fantasy Origin, the reins of the project have been both in Daisuke Inoue and in a Team Ninja that has managed to sweep home in the playable. Of course, as the producer of Niho Fumihiko Yasuda tells us, Nomura was present throughout the process. And he was not the only one involved in the main saga. 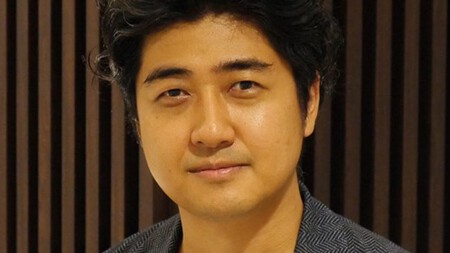 As they tell us, Stranger of Paradise: Final Fantasy Origin is a total reimagining of the first game in the saga. A different approach, put together by a team with a very defined style and legacy that they take advantage of to give the saga a unique treatment and, in the process, add much more weight to the action.

Even when compared to the most recent Final Fantasy installments. Something that is not only noticeable in the playable, but in the very direction of events.

The litmus test: that fans of the Final Fantasy saga and those who have never played it fight together 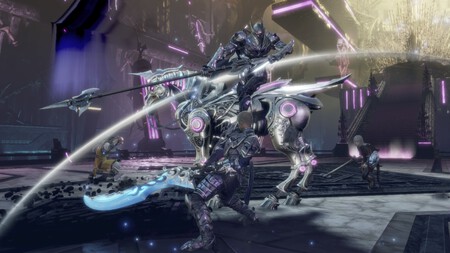 Logically, this opens the door for new player profiles to tackle one of the most influential RPG sagas in video game history. A series made up of fifteen main installments, the occasional direct continuation and countless spin-offs. And that, no matter how you look at it, it can intimidate the one who arrives new.

From here on, the question asks itself: What kind of incentives are the players going to find in the first Final Fantasy in this alternate version of the franchise? Jin Fujiwara gives us the answer. 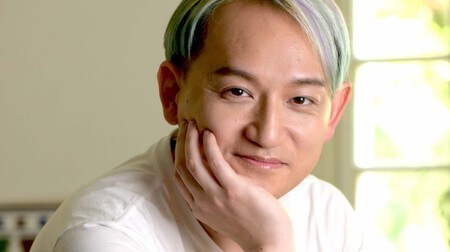 [Jin Fujiwara] I think you will be able to enjoy the story of the original game in a deeper way and from multiple perspectives. The conflict between Jack and Astos; the encounter with the Lufenians; and the battle against Chaos. It will be interesting to see what kind of personal interpretations of the stories behind these events players will come up with, expanding the world of Stranger of Paradise in their minds as they play.

Of course, the fact that the project passes into the hands of Team Ninja implies one of the most characteristic features of the creators of Ninja Gaiden o Dead or Alive: a legendary difficulty level. 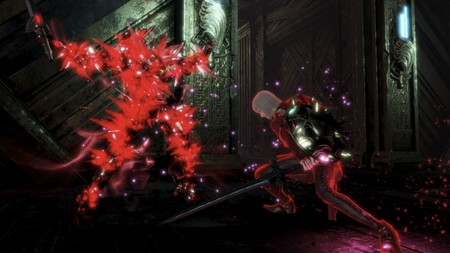 Although, this FF Origins continues the trend of combining role and action of the most recent installments of Square Enix’s star saga, it is a much more intense and aggressive experience in which, despite offering various levels of difficulty, a degree of of dexterity to the controls. In this aspect Fumihiko Yasuda, the leader of Team Ninja himself, tells us how the process was to reach the fans of Final Fantasy on Stranger of Paradise.

[Fumihiko Yasuda] For Stranger of Paradise, Team NINJA incorporated different builds depending on your team and also a multiplayer mode, features that we have implemented in other titles, such as Nioh.

On top of this, the different difficulty settings and the presence of the characters in your party should make the game enjoyable for players of all skill levels, even if they aren’t too skilled at pure action games.

Of course, those who wish to challenge themselves on a higher difficulty can play using CHAOS mode, or solo, with no party characters.

The truth is that Yasuda is right: as our colleague Sergio commented in our analysis and as we were able to verify during the process, Stranger of Paradise: Final Fantasy Origin lends itself well to being played with three other partners. Attacking final bosses or clearing entire scenarios of enemies becomes much more downhill to four swords, and that the rewards are always shared works in its favor.

Influences and tastes beyond Stranger of Paradise 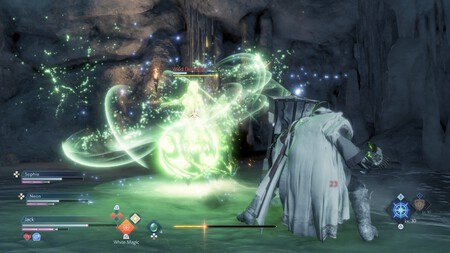 As we mentioned, having the opportunity to get to know these three interviewees a little better is something that you don’t have every day, so we wanted to take advantage of our last question to get to know them a little more. At least, when it comes to his tastes in video games.

Therefore, we not only wanted to know which have been the favorite games of Yasuda, Fujiwara and Inoue, but what are they currently playing. And it is very clear that they are all true fans of RPGs. The Sr. Yasuda, in fact, adds to the praise of two recent and very well received action RPGs. Although his favorite game was published more than three decades ago on the SNES.

[Fumihiko Yasuda] There have been some fantastic titles recently like Elden ring and Horizon Forbidden West, so it’s hard to choose… If I hadn’t played Final Fantasy IV, I wouldn’t be in the game industry, so I think Final Fantasy IV, it’s my Personal GOAT. (The best game of all time).

The Sr. Fujiwara, for his part, he is a fan of the series Final Fantasy from the first installment: it was the adventure that changed his life. Something that is especially special, since it has produced this new vision. However, there is another Square Enix saga that he especially likes beyond the RPG.

[Jin Fujiwara] I can’t ignore the game that made me fall in love with gaming: Final Fantasy I. As for action games, I really like the Tomb Raider series. 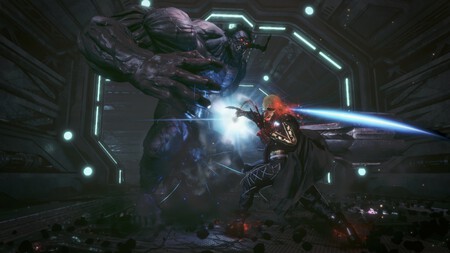 The case of Sr. Inoue is the most interesting of all. According to the director of Stranger of Paradise: Final Fantasy Origin, has very pleasant memories of Nintendo consoles and is not very fond of shocks. However, there is a game that particularly impacted him: Live a Live

[Daisuke Inoue] Choosing a favourite… it’s quite difficult. I think that when it comes to liking games, my bar is not very high. I’m afraid of ghosts and things like that, so I’m not very good at horror games, but I do like quite a few games. Although it could be said that I like quite a few sagas, such as Final Fantasy, Mario or Zelda, etc…

In any case, one game that particularly struck me would be Square’s Live a Live. When I saw things from the perspective of the antagonist in the Middle Ages chapter and ended up with a bad ending, I remember it shook my childhood world view. I didn’t know games could be like this. I think the way I felt back then had an impact on Stranger of Paradise: Final Fantasy Origin!

Coincidence or not, the mythical and unknown in European territory Live a Live will return from the SNES to Nintendo Switch in July with an exquisite HD-2D treatment. One of the most exquisite artistic treatments of Square Enix when it comes to forging new classics.

From iGamesNews We especially want to thank Square Enix for the opportunity to speak with Daisuke Inoue, Jin Fujiwara and Fumihiko Yasuda on the occasion of Stranger of Paradise: Final Fantasy Origin.

For its part, the adventure of Jack, Ash and Jed to return the light of the Crystals to Cornelia based on blows and swords is now available on PS5, PS4, Xbox Series X / S, Xbox One and PC. Being a very special opportunity rediscover the classic that started the Final Fantasy phenomenon.

The best strategy games you can buy for PC, turn-based and RTS

After The Matrix Awakens, Unreal Engine 5 has a new free demo, and it’s throwing!

Diablo IV: The different editions at a glance

a divine atmosphere trailer for Souls-like

After The Matrix Awakens, Unreal Engine 5 has a new free demo, and it's throwing!