Seen from outside, Super Game It might seem like an excessively generic name, especially in the video game industry, but it should be kept in mind for the future: it is about the new alliance between the legendary SEGA and Microsoft for create next generation games.

The complicity between the two companies goes back a long way. In fact, the Windows logo was present on the case of the much loved Dreamcast and even there were conversations between Microsoft and SEGA to make the original Xbox compatible with the software of the latest console of the Japanese titan. Two decades later, the blue hedgehog company redouble your trust in Microsoft when planning your future.

That said, this new alliance is not exactly a distribution agreement for its next projects or its well-known licenses, but an ambitious agreement for produce new video games with the vision of adapting to the new reality of the industry and of the players themselves. A strategic and very convenient reinforcement for SEGA, its licenses and its new legacy.

At this point, it is necessary to question the inevitable: what does the initiative imply? Super Game looking forward to the next SEGA games? How does this benefit the players and fans of the brand? Is it a one-time or long-term alliance? On iGamesNews We are going to answer all these questions and, already put, we dare to ask how this interesting play will affect the classic, current and future SEGA sagas.

The initiative Super Game was born to be a central piece of SEGA as a company and its production and development strategy in the medium and long term. Perhaps we will not see the results in their titles already announced, but the idea is that their next big projects are part of it. But, What exactly does it consist of?

As a company, SEGA has been restructuring for several years and evolving to offer a realistic and sustainable business model. This 2021, without going any further, the complicated decision was made to close the SEGA Ikebukuro Gigo, a historical arcade in Tokyo. The golden days of arcades are behind us and it’s time to adapt to the times.

That strategy also involves relaunching and revitalizing its legacy and relying on its great partners, including an Atlus on a global scale with the success of Person and a Shin Megami Tensei V on the verge of caramel, a saga Yakuza (from Ryu ga Gotoku Studio) that is already recognized worldwide and a privileged presence on PC thanks to its great strategy sagas. 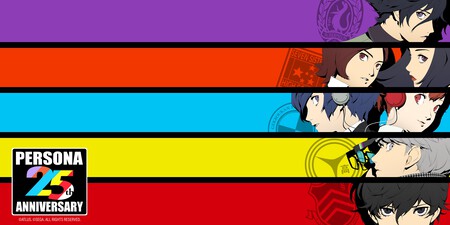 Persona has become one of the great SEGA sagas

With this scenario, in the middle of the dawn of cloud gaming, with a very lucrative mobile market and the definitive takeoff of new generation consoles, SEGA takes its next big step as a company to acclimatize to the current state of the video game industry and position itself at the forefront: the Super Game initiative.

What does Microsoft have to do with the equation? In essence, the Redmond company will work alongside SEGA through its own Azure infrastructure (Azure Gaming) and your resources to develop and shape your future legacy in the most efficient way. What’s more, SEGA will rely on an environment built on the Azure cloud platform.

This proposed alliance represents SEGA looking to the future and, by working with Microsoft to anticipate such trends as they further accelerate in the future, the goal is to streamline development processes and continue to deliver high-quality experiences to gamers who They use Azure cloud technologies.

With the Super Game initiative, SEGA itself will benefit from a network infrastructure and tools for online services on a global scale that simplify the expansion of your next initiatives, but the most interesting thing will be the work environment itself, so that can quickly accommodate different work styles and possible infrastructure changes. 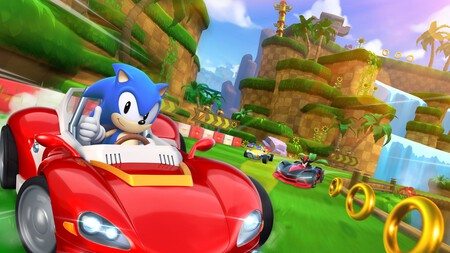 Sonic Racing is a SEGA exclusive for Apple Arcade

Something that Yukio Sugino, president and chief operating officer of SEGA Corporation, summarizes in one sentence:

Our goal is to build an alliance that utilizes both SEGA’s powerful game development capabilities and Microsoft’s cutting-edge technology and development environment.

SEGA will evolve as a company accommodating Microsoft’s array of Azure development environments and resources in a move that will be decisive for its future. Accessing development, production and distribution resources that will allow you to grow and adapt quickly to new generation systems and future trends that emerge in the video game industry.

Microsoft, for its part, and according to the words of its CVP Sarah Bond, will help them imagine how the video games of the future are created, hosted and operated. But, of course, what does Super Game have to do with the next adventures of Sonic or the future of the sagas Yakuza and Virtua Fighter?

How it will benefit Super Game to the current SEGA and its past, present and future legacy

SEGA may no longer make consoles, but as a brand it continues to wake up great passions between nostalgic and new players on both sides of the world and in literally every system. The a large percentage of their games, by the way, in multiplatform quality.

You can play the entire Yakuza saga on Xbox Game Pass, regain the genuine spirit of 3D arcade fighting with Virtua Fighter on PS5, hallucinate with its classic legacy with the seal SEGA Ages

in the eShop or surrender to an impeccable career in the field of strategy on PC. Not to mention its mobile content or its strong presence in Apple Arcade.

In other words: SEGA, contrary to what it may seem, not only lives off its legacy, but also has continued to advance at a steady pace as a developer and publisher of games for all systems and simultaneously. Something that very few companies can do efficiently. 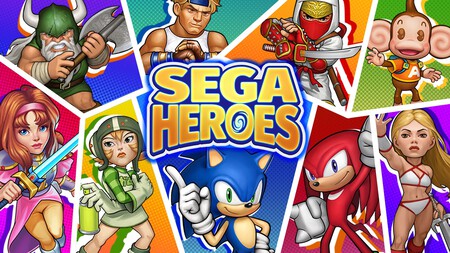 The legacy of SEGA legends gathered in SEGA Heroes, for mobile

The secret? Sonic’s charisma is fireproof, despite the fact that its trajectory has been irregular since the last decades, and beyond its classic and long-term sagas we find new initiatives such as Two Point Hospital or its recent adaptation of Kimetsu No Yaiba –Las Crónicas de Hinokami. However, there is an essential factor beyond the value of your IPs: its diversification as a company.

The entry into the equation of Super Game it will serve so that all these projects and sagas continue to grow and even expand in new ways. On the one hand, through the aforementioned development environment with which the different work teams can be coordinated and promote new cooperations, but also offering new avenues f or fans to take the initiative.

In fact, more and more classic SEGA licenses have been put into the hands of small studios with remarkable success: Streets of Rage 4, Alex Kidd, Wonder Boy or own Sonic Mania they have retained the original excellence of the games that established SEGA’s domestic legacy.

Will we see the return of the great SEGA sagas? Definitely, Super Game will significantly streamline development processes. Future Sonic installments could benefit from this alliance And, hopefully, your games will arrive with fewer problems or with enough testing phases to avoid complicated post-launch patches and leave in a rush.

Because it is no coincidence that a few days before the announcement of the alliance, SEGA itself announced su programa SEGA Insights Lab with which to receive Feedback on their games. 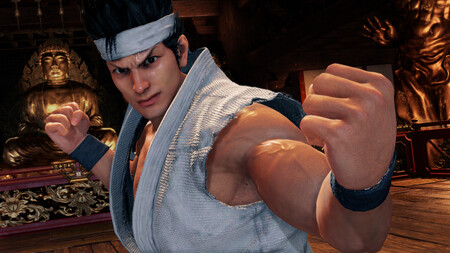 Will we see a new Virtua Fighter? The possibilities are there

However, this new work environment is a huge opportunity to go beyond the known legacy, so that it will be much easier to shape and develop completely new projects for all platformsfrom blockbusters for next-gen systems to exquisitely arcade experiences for mobiles and browsers.

Most interesting of all, the Azure environment will make it easy for these games to be brought into play in the cloud and played on virtually any system or device to come. 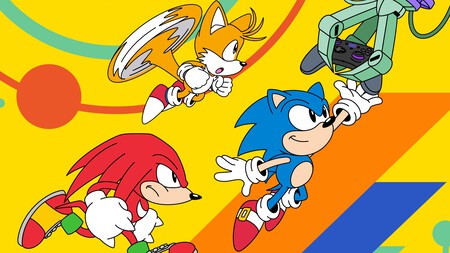 That Microsoft support and collaborate in the Super Game initiative does not imply necessarily have a favorable treatment with SEGA. What’s more, companies like Ubisoft or the titanic Tencent They also bet heavily on Azure Gaming when creating their games or managing the development of their projects, and their games go out and they are played on all platforms.

Azure Gaming offers a set of tools development and production management in the cloud that address virtually every aspect of creating a game or, in the case of SEGA, its future titles. From augmented reality applications to DDoS protection resources, through data analysis and, of course, resources to produce 2D and 3D games.

In other words: the alliance with SEGA will benefit the development of new games and it will make your production more efficient, centralizing future projects and benefiting from Azure Gaming resources. But the games that SEGA, its companies and its partners develop from there do not have to be published in the huge ecosystem assembled around Xbox.

SEGA can develop and launch exclusive titles for mobiles, the Apple Arcade or new installments of the Mario and Sonic saga that, to no one’s surprise, would only reach Nintendo consoles. And Microsoft, as a company, is interested Regardless of whether what you develop ends up on Xbox consoles and systems. 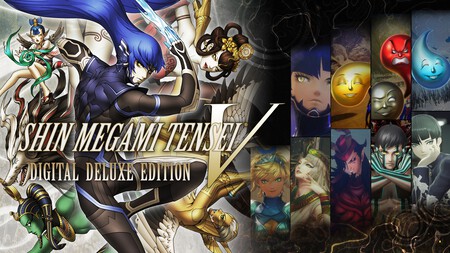 Another thing, of course, is that the new projects developed in the Azure environment more easily fit into Microsoft’s grand plan It has built around Game Pass and, by extension, Xbox Cloud Gaming, its own cloud gaming service. And at this point it is worth emphasizing that the Xbox cloud opens the doors to play on all platforms, including browsers or consoles from previous generations.

Will we see exclusive SEGA and Super Games games for Xbox? Despite the established alliance, the odds are practically the same as those of any other company such as Capcom or Bandai Namco.

However, the more studies have been involved by SEGA and Microsoft blurring the line that separates playing on consoles from playing on PC, browsers or mobiles, the more the blue hedgehog company (and any other company) will be interested in developing. new games or adapt your next hits to the growing and promising ecosystem encompassing the Xbox brand.

Dead Space Remake Review: A Master Class in Survival Horror, Starting All Over

Deutsche Bahn: Search doesn’t work – this is how you solve the problem

Video of the Day: The extreme violence of executions at Hogwarts Legacy

If you bought a new graphics card cheaply, you may be the victim of a nasty scam