Respawn Entertainment has chosen to develop the lore of Apex Legends in the new season introducing Loba Andrade. Here is what you need to know about the event that brings a breath of fresh air to the battle royale.

An event accompanying the exit of the thief and treasure hunter Loba Andrade, who joined the Legends of Apex to take revenge on Revenant, will allow players to collect various rewards and play another game mode: hunts.

Launching the quest for the nine missing pieces of a precious relic, Loba Andrade convinces the other Legends to help her reconstruct it. But the true price of success is perhaps worth far more than anyone willing to pay … 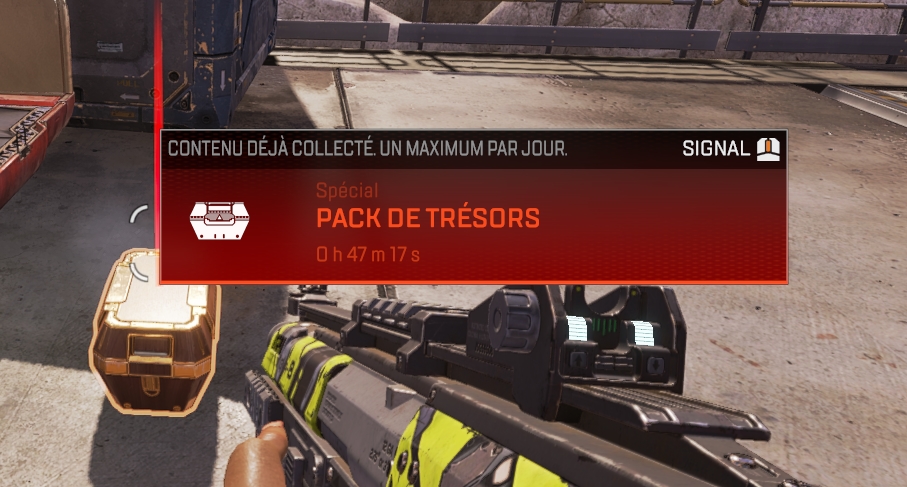 The first step is to play normally and collect a treasure pack, which is only available once a day. It appears randomly on the map in duo, trio and class modes. For the moment, no redundancy has been observed on places where the packs would have more chances of appearing: you can therefore only cross your fingers and loot a maximum of places of Canyon of the Kings.

You will have to collect 5 packs in part before you can unlock the hunting mode, which takes place in the Canyon of Kings map at night, to continue the quest. The game mode will be available once a week, every 5 rcolts packs, starting on May 19. It will essentially be PvE. 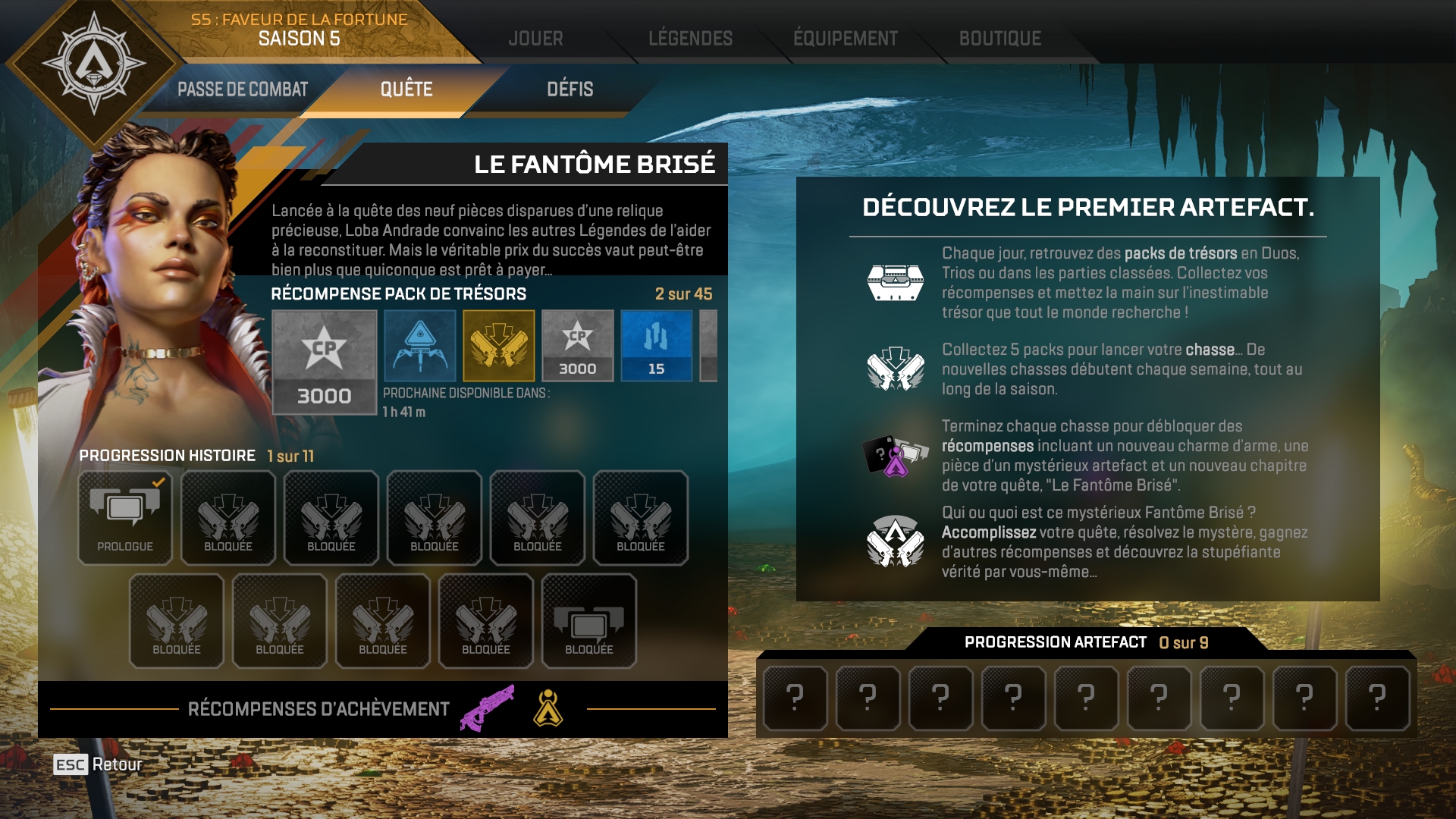 After reaching pack thresholds, dialog boxes are also unlocked. The story will shed light on the mystery of the broken ghost, by staging the different protagonists of the game with at their center Loba Andrade.

Finally, the hunts unlock, when they are successful, artifacts. There are 9 collect in all, which implies at least two months of play with 5 packs and 1 hunt per week … as much to say that it will be necessary to be diligent to manage to complete the quest during the season.

Anyway, this event is experimental: it is the first time that it is integrated Apex Legends, which suggests an improved version for season 6 or 7, after having had feedback on it.

New Ghost of Tsushima gameplay for PS4 from State of Play

Blades, the free-to-play RPG of the saga, premieres by surprise on Nintendo Switch

Blades, the free-to-play RPG of the saga, premieres by surprise on Nintendo Switch