[Entrevista] We spoke with Jenova Chen about Sky: Children of the Light, its influences and the power of video games – iGamesNews

Sky: Children of the Light It was released a few days ago on Nintendo Switch, and it is hard for us to define it in words. It is a game that is inspiring, magical and knows how to convey very deep feelings. And even so, is free, with optional payments for cosmetic items. The reason behind this? So that as many people as possible can enjoy it, either with their friends or with complete strangers. Because, above all, Sky is an experience that invites you to connect with each other as we marvel at dreamy landscapes.

Thus, taking advantage of his arrival at the console, and the landing of the game’s collaboration with the fantastic book The Little Prince, from the page we have had the opportunity to have an exclusive meeting with Jenova Chen, game director and thinking mind behind other works such as Flower, O Journey. Thus, in a very personal meeting, we had the opportunity to ask him about his influences, his personal experiences and what this new title, launched a while ago on mobile phones, means for him. If you want to get inside the head of the head of the thatgamecompany, do not hesitate to continue reading, because our interview begins here. 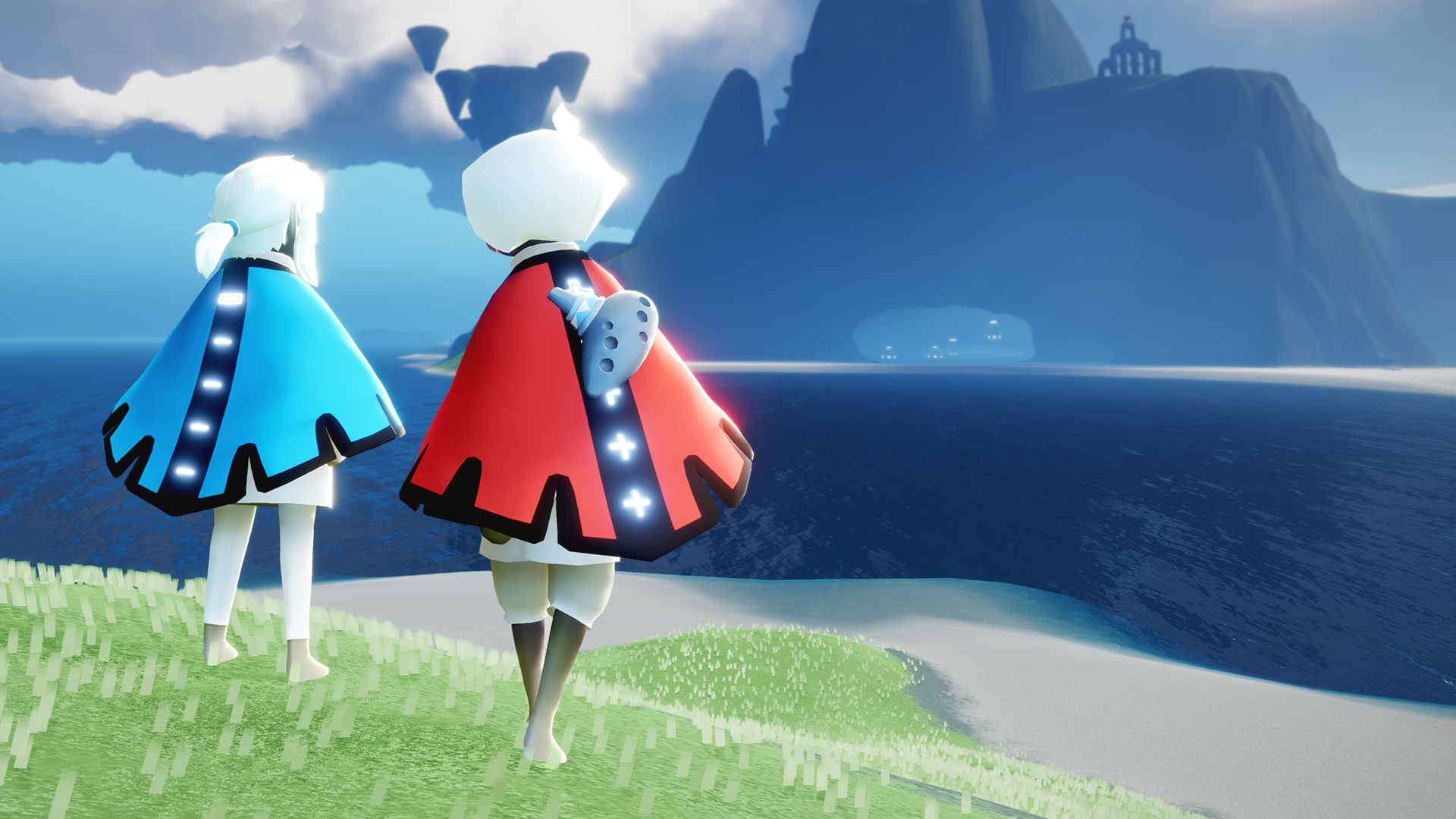 After a short introduction to the game universe, Jenova shares her enthusiasm for bring Sky to a new generation of gamers. Today, young people do not read as much as they once did, with easy-to-consume and short-lived content predominant. Therefore, the director shares with us what he hopes to use the collaboration with The Little Prince as a method for young players to be encouraged to discover the book and jump into reading. After demonstrating your passion for your job, our questions begin to arise.

What made you want to bring Sky to Nintendo Switch?

Sky can be considered as a sister title, or even a sequel, to Journey. When we finished development on Journey, we received so many letters that we were moved by it. Many players told us that this was the first game that their wives, or daughters, played and really enjoyed. So they asked us to make a title that they could really play with their families. They told us that with Journey they had created an incredible bond with a stranger, and they wanted to try to replicate that, but enjoying themselves with their families.

As the possibility of a family having several consoles of the same type is low, we thought that the game had to be available on all possible platforms. Since many children have tablets and cell phones, we wanted to start there. Still, it is difficult to carry out development on iOS and Android. So when we stabilized those versions, we wanted to go back to consoles. And which one do we choose first? Well, 70% of our player base is female, and it’s certainly a demographic that is more inclined to play on Nintendo Switch. That is why we have prioritized the platform. 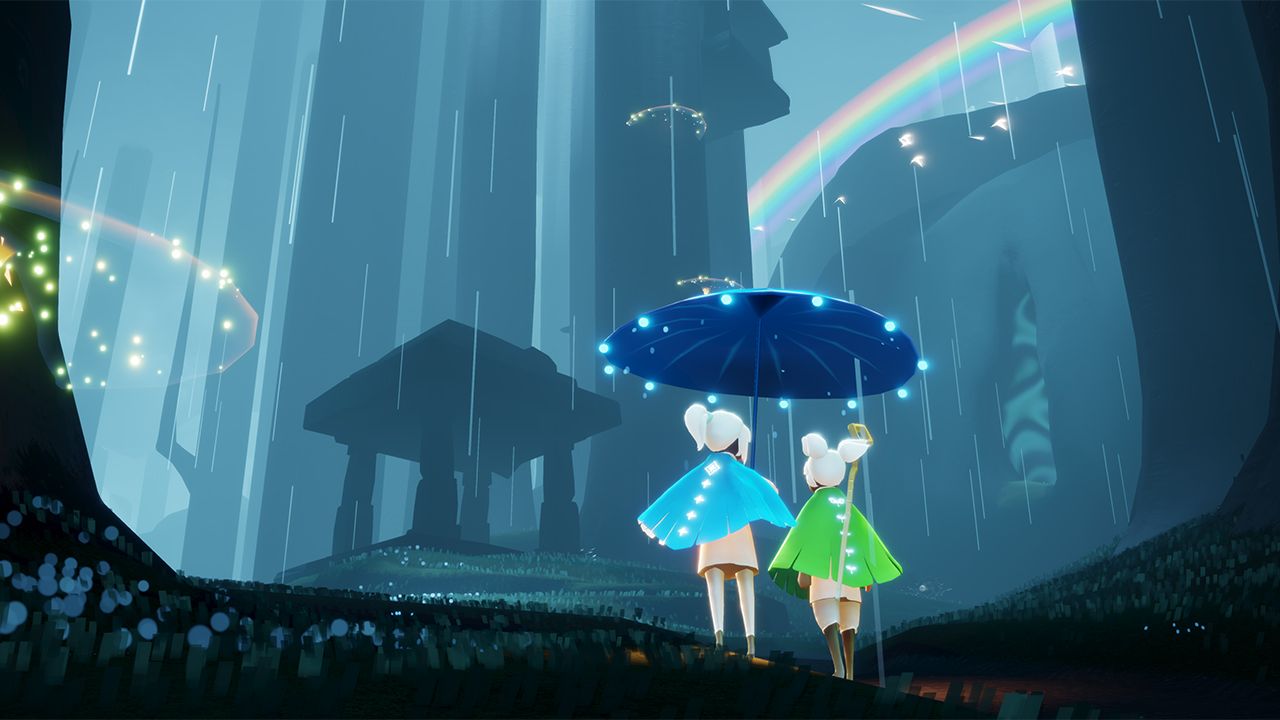 A lot of people find you a really inspiring director. What is the cutest story you remember of people playing your games or contacting you?

I guess memory can fail, but I remember well a lot of people telling me about how my games make them feel. Specifically, a person from the United States, who was a veteran of the Afghan war, sent me an email on Christmas Eve telling me about his situation. Upon returning from the war, he had lost both legs, suffered from a concussion to the head and kidney stones, among other things. He did not want to continue living. However, when he played Journey, he told me that he wanted to continue playing the next day, reminiscing about positive things about his life, such as that his wife was pregnant and they were going to have a child. He told me that my game had made his life a little better, and he wanted to thank me. Having people tell you that you did something that helped them in their personal lives is the best thing that can happen to you. In addition, he told me that he would share his experience with the game with more of his veteran friends. That to me was amazing. That person was not only able to overcome everything that had happened, but also wanted to share something positive about his new life, thinking of others. It seemed memorable to me.

If we talk within Sky, I can name a Japanese player, who despite being 20 years old, is a very talented artist who made a manga about the coldness she felt, both within herself and among the people around her. This artist tried to kill herself several times, but playing Sky, where all the characters are in the shape of a child, she met many people who brought warmth to her life. Thanks to those people, he decided not to spoil his life, and move on. As developers, we can only create content that the players can enjoy, but the player himself, the humanity that resides among real people: that which creates hope in people. That to me is impressive.

I can also share a somewhat more dramatic story. My mother in law is a huge Sky fan, she plays at least three hours a day. She is 67 years old and from California. Playing games, he met a doctor from Switzerland in his mid-forties and a teenage girl from Ireland. The fact is that both my mother-in-law and the doctor realized that the girl from Ireland was always very depressed. Delving into it, the doctor realized that he suffered from symptoms of a level three depression. So they tried to help her. In doing so, they realized that the girl was being abused by a member of her family. He lived in a small Irish town, so he had nowhere to go, and no way to escape from that environment. So my mother-in-law and the doctor took action, calling the Irish police and reporting this case of domestic abuse. Thanks to that, the authorities managed to save the girl. This may all sound like a movie, but it really happened. The doctor felt something like the adoptive father of the girl, that what he needed was support from someone. This all happened in Sky, but I suppose it could have happened in any other online game. 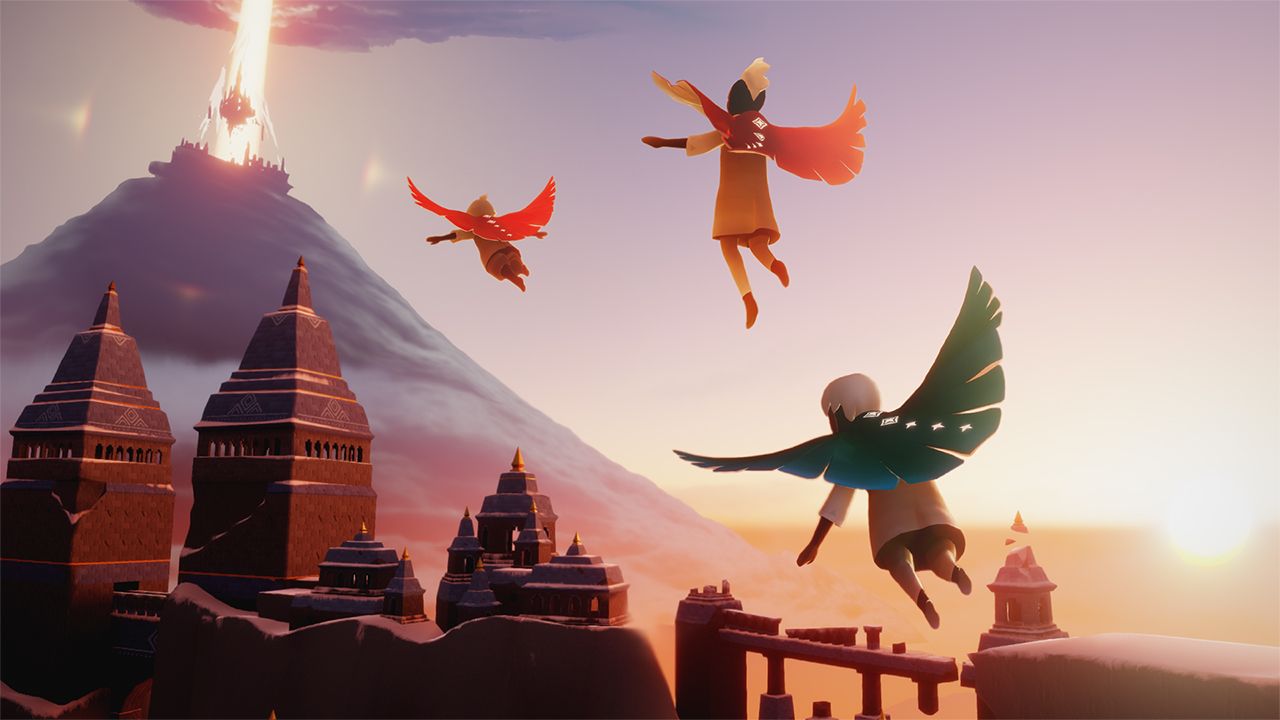 If you had the opportunity to collaborate, or to create the new installment of a Nintendo franchise, which one would you like to choose?

I imagine I would probably choose The Legend of Zelda. Specifically, when talking about Journey, I always say that I wanted it to be like that franchise. An authentic adventure game where you don’t know what is hidden behind each hill. The Legend of Zelda is a series that really knows how to capture that very well: that great sense of adventure.

What was your biggest influence in creating Sky: Children of Light?

I’d say Studio Ghibli! And I always find that his work, even if it is done in Japan, is really universal, regardless of the country. His theme of protecting the earth and nature, doing things in a simpler way again… In some way, Hayao Miyazaki is a master of the technique that I love and with whom I grew up, shaping my way of seeing the world around me.

Today, thanks to modern technologies, it could be said that we are all like information superheroes. However, those powers that have been conferred on us do not naturally correspond to how we were born in our environment. A part of us seeks to feel again that feeling of strangeness that surrounds us, that hides in nature, or in things that we do not understand … I feel that the fact that we no longer have that, makes us want to pursue a feeling of wonder that takes us to other worlds. As human beings, that feeling of wanting to fascinate ourselves is something that is part of us. We want to venture out, see amazing things, like something out of this world. Only when we feel vulnerable can we be genuinely kind to one another. That’s what Sky is about, transmitting that kindness among those who play the title. 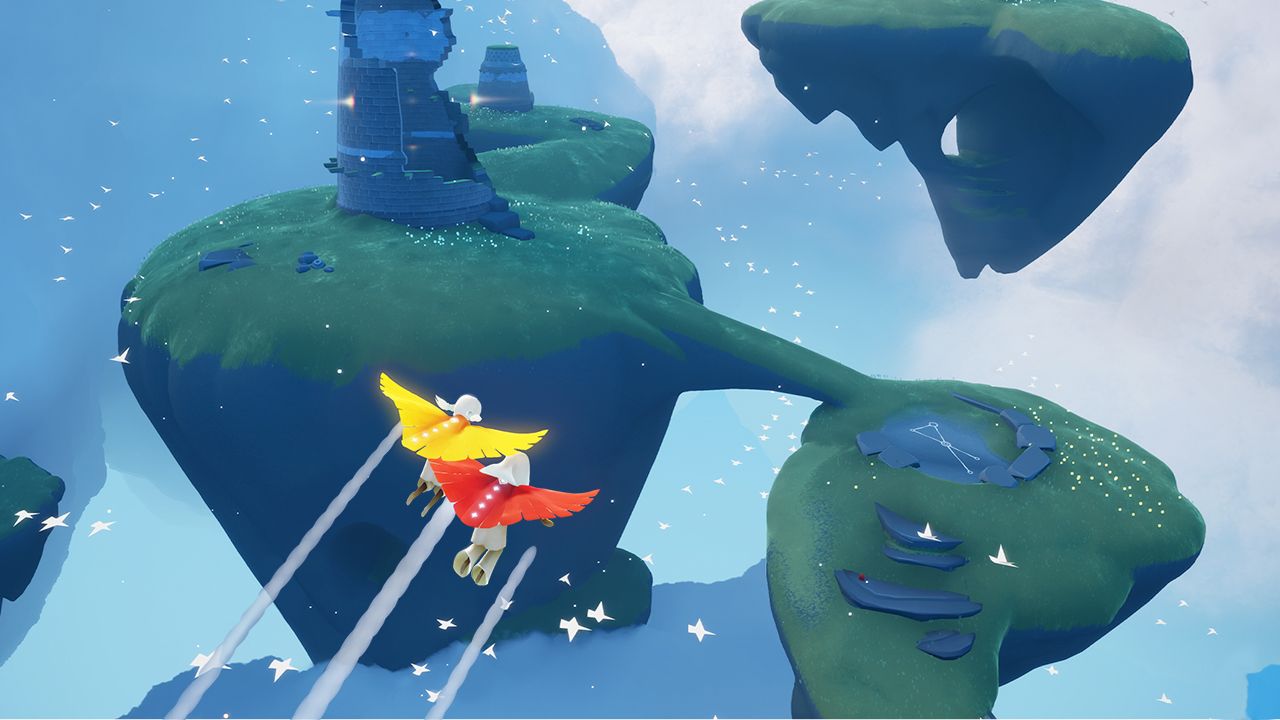 Is there a final message that you want to give to your followers in Europe?

In all the titles that we develop, we always thank users for playing our works, because they spend their time, and even their money, trying the experience we want to offer. Even this time, with Sky being a free game, we really appreciate that you give us a chance to try it out. If you like the title, I hope you share the experience with a friend who does not usually play video games regularly. Because that’s why we developed Sky. So that more people who do not feel that video games are “something for them” can also come to love this medium.

Many thanks to Jenova Chen and the boys of thatgamecompany for your time! If you want to take a look at the Japanese comic Jenova referenced in our talk, you can read it here.

And for you, it only remains for us to say that Sky: Children of the Light is now available for free on both Nintendo Switch as on mobile devices. The game celebrates its second anniversary this week, so don’t hesitate to embark on an adventure! You may not only make new friends, but also mark you. Because the important thing about a trip is not the road, if not destiny.

now focus on the recent screenshots you took

Most read in CX, Among Us in physical format and King of Fighters XV

Most read in CX, Among Us in physical format and King of Fighters XV