Good news is coming for gamers who love visual novels. Turns out that Takuyo has announced that he will release a Switch version of the otome visual novel Sweet Clown: Gozen Sanji no Okashi-na Doukeshi this summer in Japan..

We leave you a story summary, courtesy of VNDB:

One day a single letter arrived addressed to me.

It was an invitation to the “3 AM Tea Party” that was to be held at the Sweet Clown Castle.

I have a secret that I can’t tell anyone.
That “secret” is a very sad memory, but it is one that I cannot forget.

I’ve spent my days making sure no one notices or can discern my scars.
That’s because I don’t want anyone to meddle, nor do I want anyone to pity me.

In the end, people are alone.

Even if they approach with a kind expression or kind words… I think they don’t really care about me from the bottom of their heart. That is because they have realized that it is a joke made in the moment. When tomorrow comes, they can easily forget it.

The sender of the letter is called “Sweet Clown.”

Notably, Sweet Clown: Gozen Sanji no Okashi-na Doukeshi was first released for PS Vita in July 2015 in Japan. A videogame otome It is a genre of visual novel directed towards women, where the protagonist and the other characters who become involved with her are generally men. For that same reason, the plot is mostly romantic in character and much softer than its alter-egos eroges. The gameplay is the same as most visual novels, although they can incorporate mini-games.

At the moment it is all that has been shared. We do not know if this title will also reach the West, but if it does not, you can purchase it as long as you have a Japanese account, since the hybrid console has a free region. 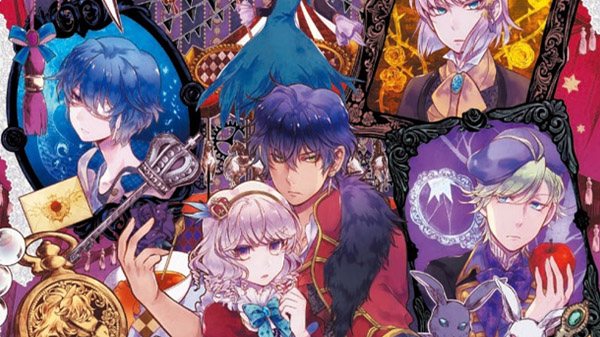 On the other hand, it has also been announced Dino Galaxy Tennis, which coming to Switch sometime in 2021. It is a title, like its own Indian name, of tennis, but one of the most peculiar since it puts dinosaurs and the galaxy into the equation.

We leave you the Press release shared by those responsible and their trailer following:

In Dino Galaxy Tennis you can test your possibilities in a single player story campaign, with the option for 2 players in cooperative mode or in Versus mode for up to 4 players. You can also try breaking cosmic records in a series of skill-based challenges.

Explore the vast dino-galaxy, smash what you can from the old masters, and slide past over a dozen dinosaurs with different special abilities that you can use to cleverly outsmart your opponents or just launch that flaming comet straight into the sky. rival’s planet.

What home means to you. The game has won the local edition of Game Jam and later Vixa Games decided to stick with the concept, bringing the game to life.

⏩Dynamic Challenges⏩ – Put your skills to the test in a strange set of tests! Lots of button mashing, so train your fingers!

🎾Dinos in Space Tournament 🎾 – Dinosaurs competing in tennis matches against elite players and boss-type opponents, some of whom don’t even need to use their hands to hit the ball.

🌟Planetary Exploration🌟 – Dinosaurs venturing through the galaxy and discovering different celestial bodies, all of them with some differences: low gravity, orbiting moons, high-tech devices.

💥Special and Super Skills💥 – Combine your basic moves with special and ultimate blows and power-ups to outmaneuver other contestants.

💨High Tension Action💨 – Hit, double-hit, double, or even teleport your kites. Run, run and rocket around the planet’s orbit. You will need extraordinary reflexes and a lot of ingenuity to win your games.

🌈Colorful views, spirited music, and satisfying gameplay🌈 – everyone will have fun! Alone or with friends. Age doesn’t matter here either!

In Dino Galaxy Tennis you take on the role of a dinosaur, whose dream is to win the Galactic Tennis Tournament. To reach the grand finale, you will have to visit 5 planets and defeat their leaders, with each victory confirmed by a unique badge.

This will not only get you closer to the final, but it will also unlock special abilities that will come in handy in future matches. With the help of your mentor and special practices, you can improve your results between tournaments. Throughout the story, you will also come across a cheating opponent, whom you must eliminate in a match.