Creating the Anthropomorphic World of Backbone, coming to PS4 and PS5 – iGamesNews

In 2017, the game that would become Backbone was totally different: a stealth game in a sci-fi setting. During a conference call brainstorming session, the team was interrupted by an accident that happened outside the home of co-founder Nikita Danshin in Vancouver. The raccoons had attacked his compost bin, so to scare them off, Nikita (also the game’s songwriter) picked up the loudest thing at hand: his trumpet. We couldn’t stop laughing at how fun it would be to play the role of a raccoon strategically stealing people’s garbage, and after a few iterations, the anthropomorphic animal world of Backbone was born. 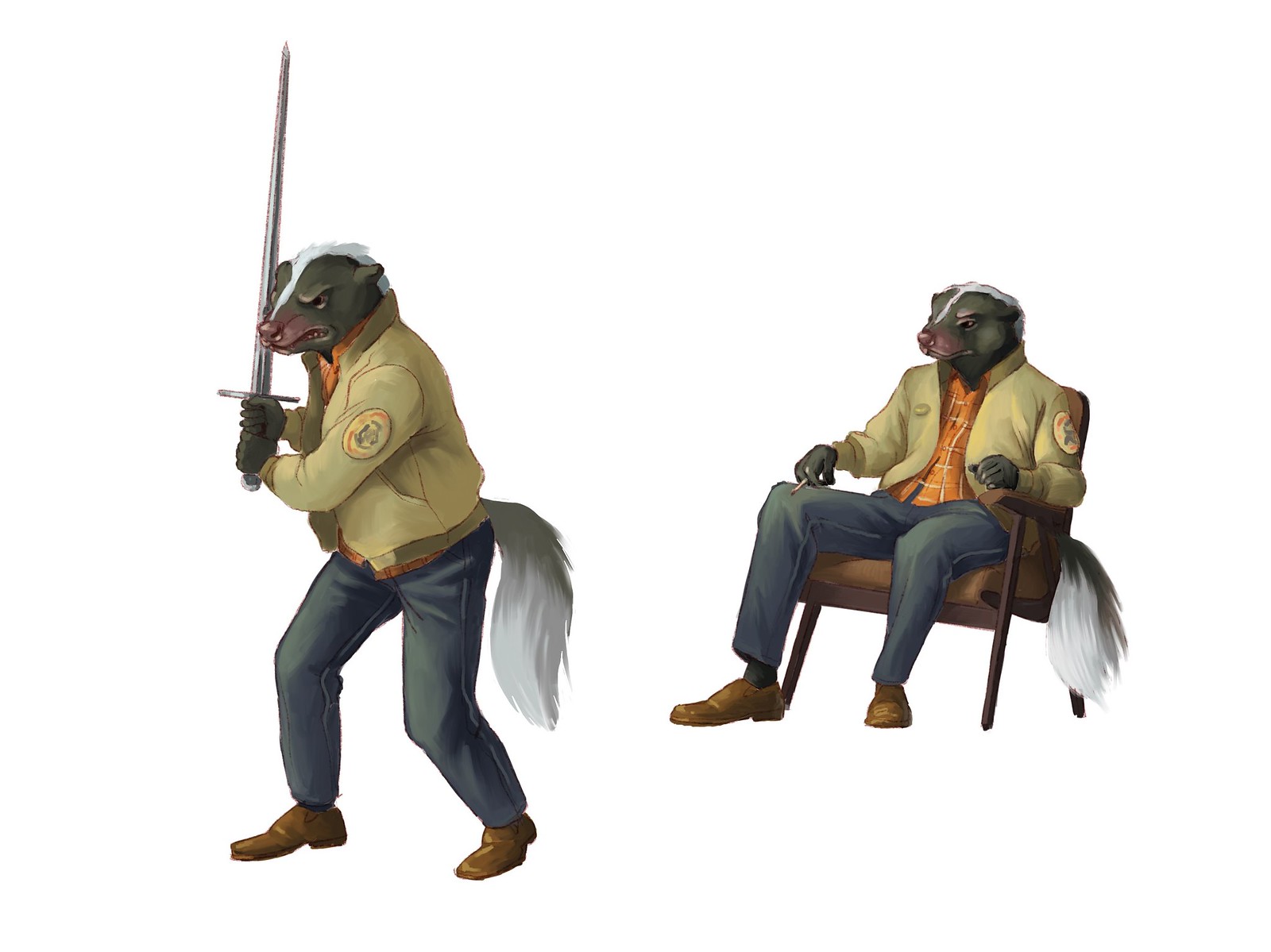 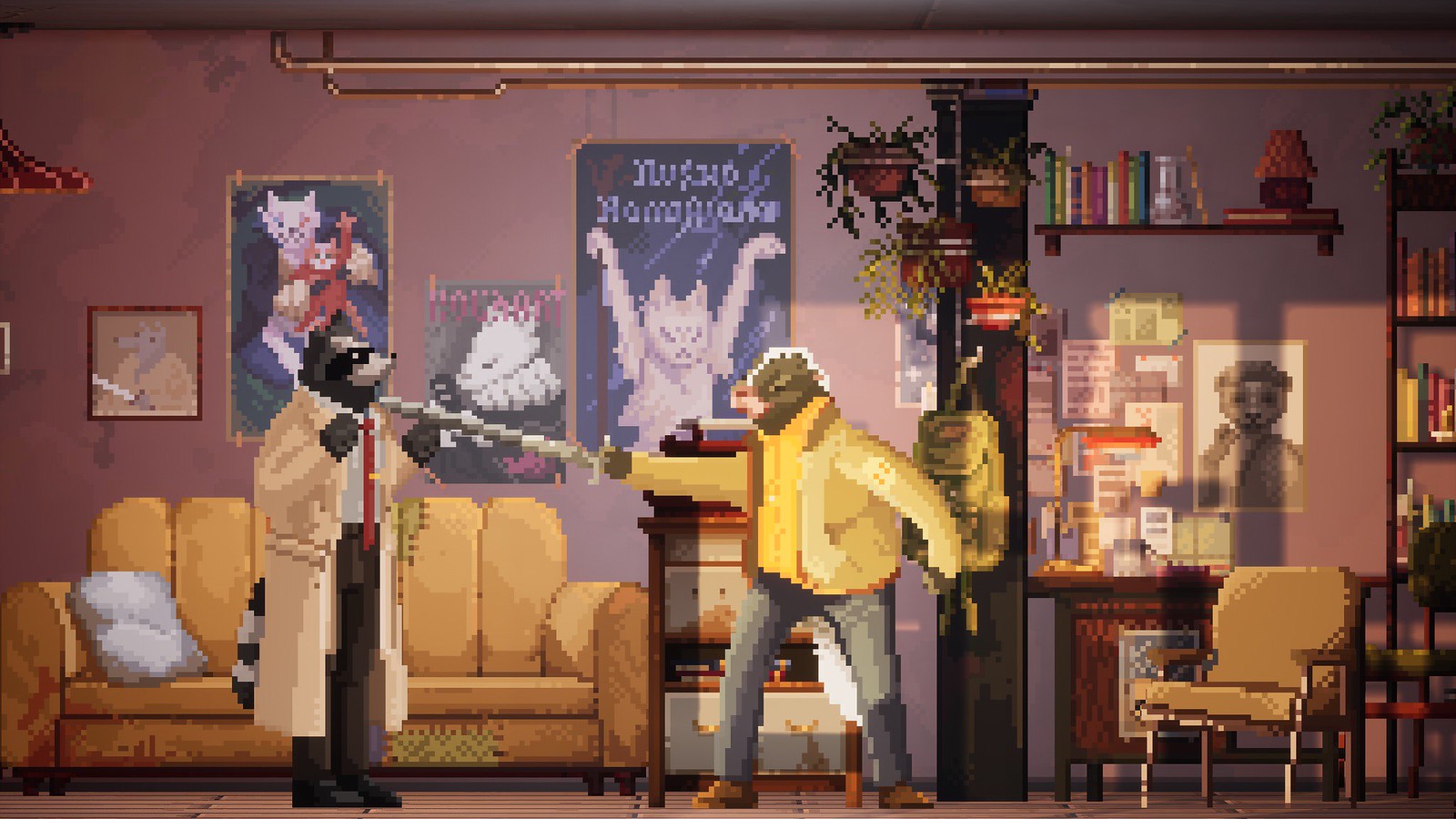 Character designer and senior artist Kristina Dashevskaya devised concepts for raccoon Howard Lotor, wearing a trench coat. We immediately fell in love with this character, and the building of the rest of the world grew out of it.

In this world, apes are at the top – they are the architects and rulers of society, and they end up making decisions for everyone else. Lions and bears are slightly below, cats and dogs lower (but still in the upper class), raccoons and foxes are right in the middle, and rodents like mice and rabbits are working class. . Just like in real life, these rules are often broken, but any deviation is looked down upon, while compliance is celebrated. Different neighborhoods are inhabited by groups of species, so while exploring the world of Backbone, players might notice this subtle segregation. 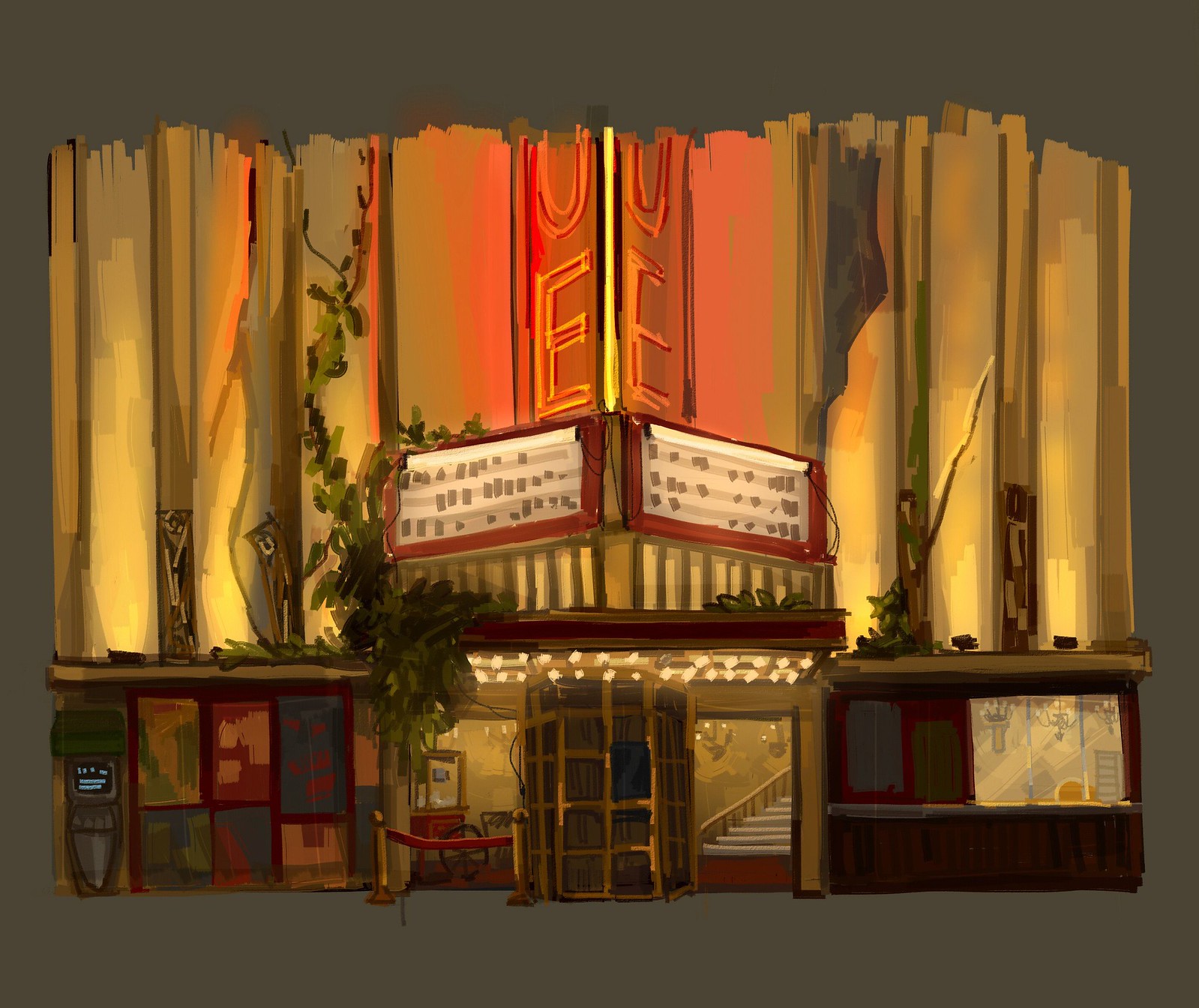 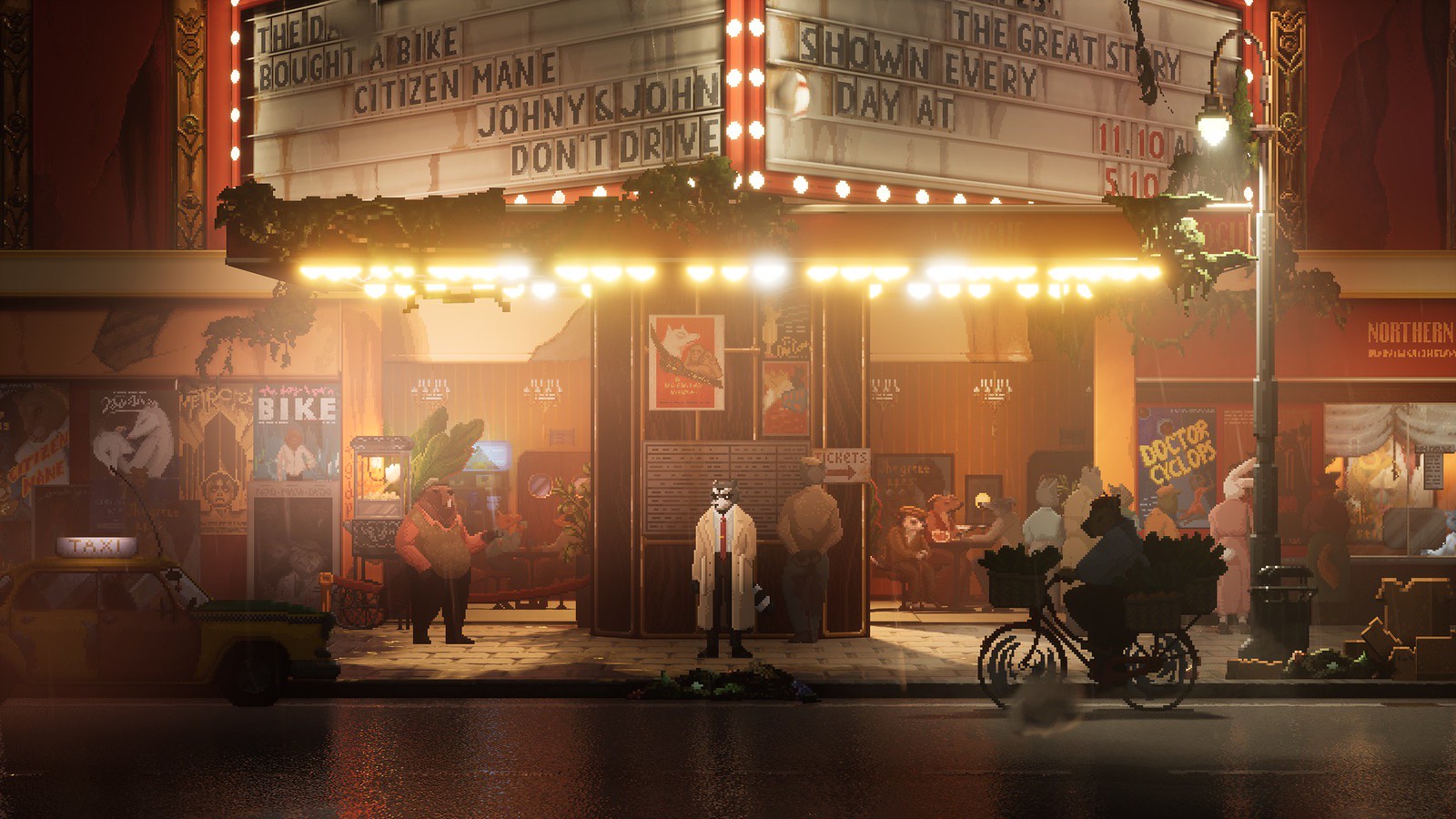 Left: a sketch of Granville’s location in Backbone / Right: the game’s final destination

Unlike boring humans, with anthropomorphic animals there are plenty of ways to tell a cohesive s tory through costume, facial features, tail, and coloring. The species each have a strong connotation in the Backbone lore, so each rat and lion comes with a set of inherent stereotypes that the characters in the game believe in. But monkeys and hamsters can be the same height and size, and their species is primarily an example of social construction rather than a list of biological characteristics. Just like people, we all have different faces and bodies, but it’s the artificial order, economy, and propaganda that decide our place on the social scale.

While Backbone seems like a story about animals, it is really about the human condition, the beauty and the pain of our common struggle. We do not rely on biological determinism in our design and writing, even though people in the world judge others based on their species. The animal factor helps take enough distance to examine and deconstruct these real-world biases about real people, but there is a very delicate balance of trying to never touch too close, not to appropriate, and not to not diminish the true human experience. 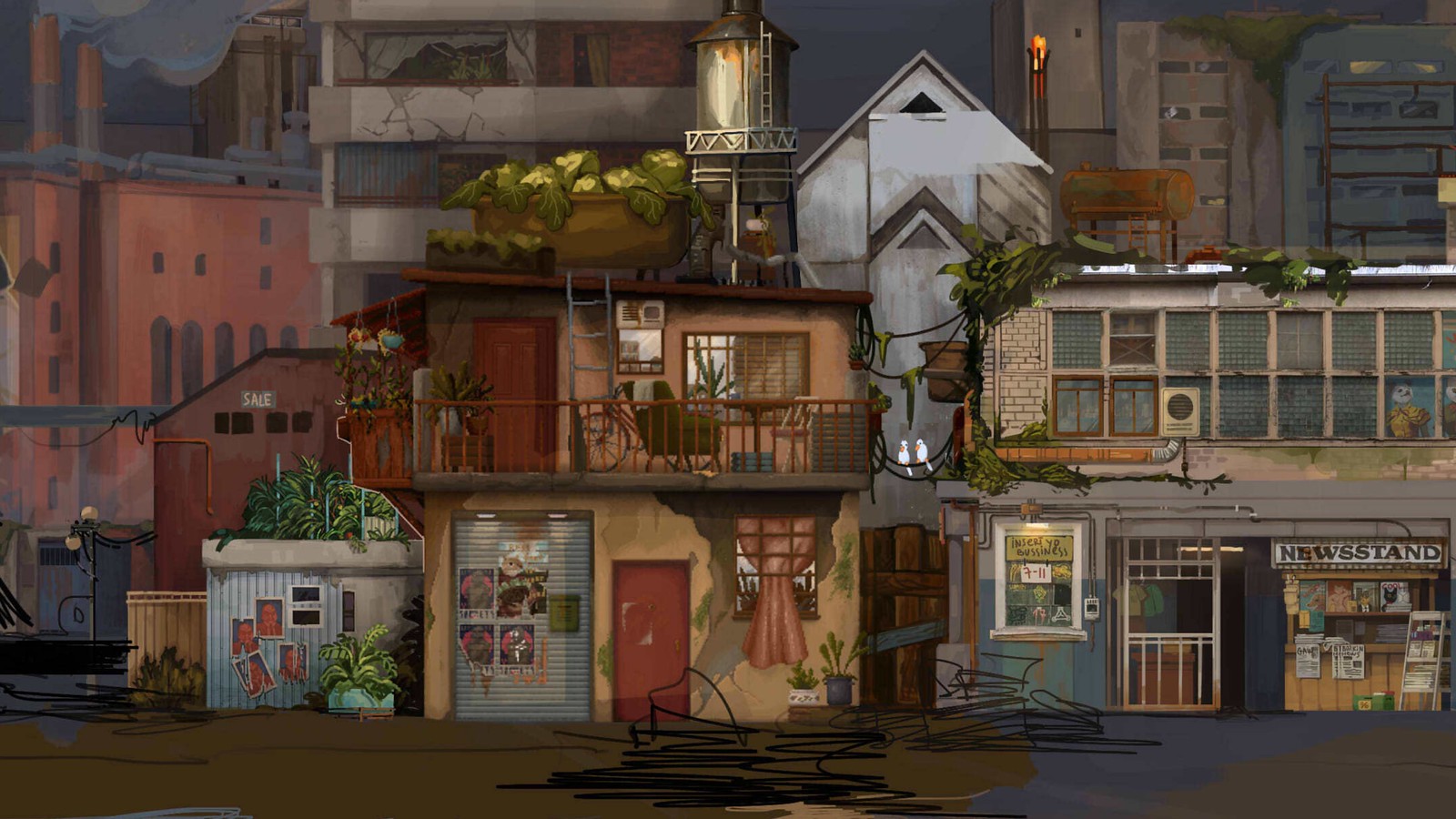 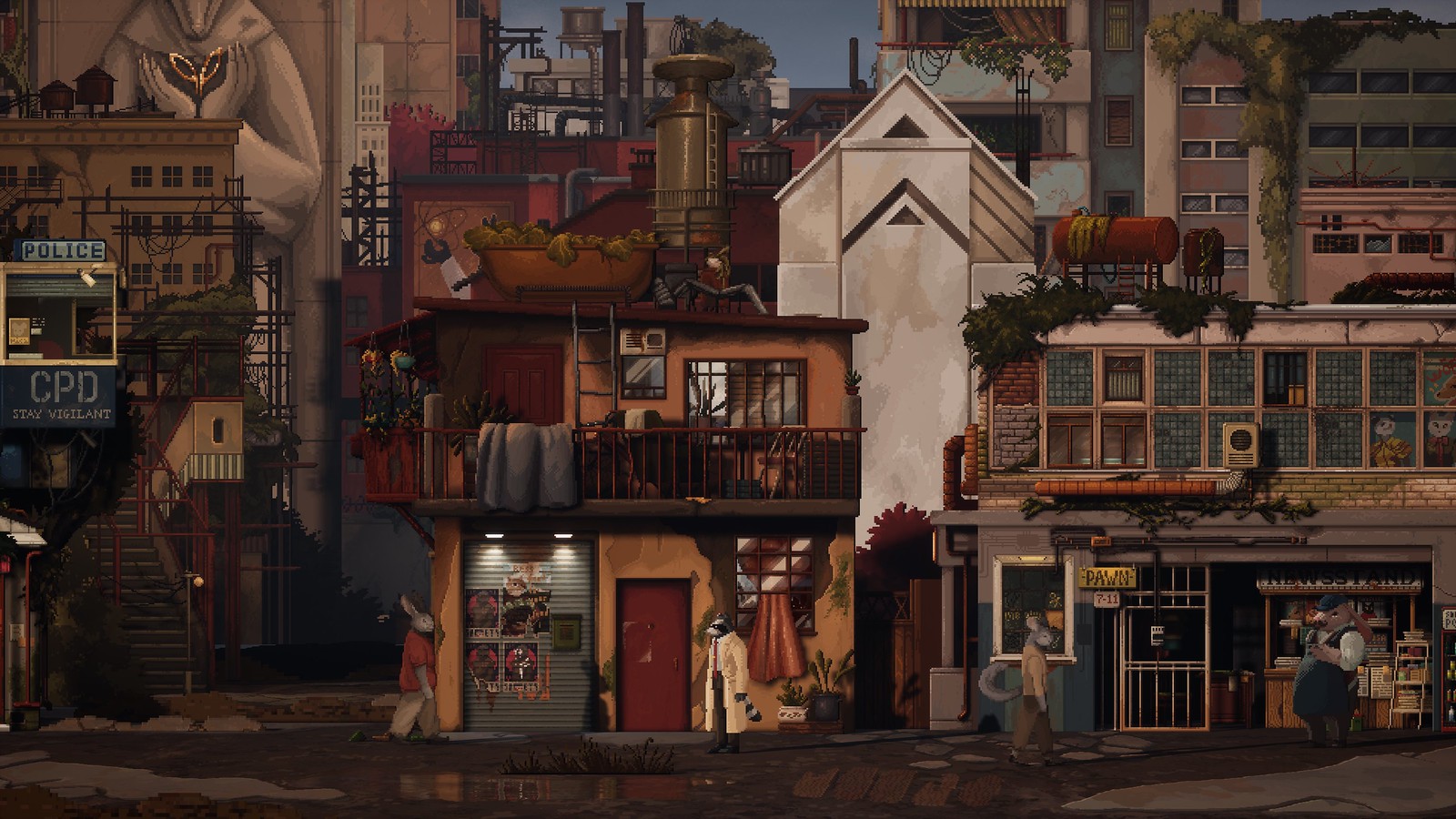 Left: a sketch of the West End scenery in Backbone / Right: final location of the game

Howard Lotor was always meant to be a raccoon, but throughout development we also realized that this was a perfect fit for a playful character. Raccoons are stuck in the middle – not upper class, not lower, they are looked down upon by everyone and struggle with their identities. Howard’s story centers around his identity crisis and transformation, and his relativity is what made him work for us.

We’re excited to bring Howard and the World of Backbone to a wider player base by launching the game on PS4 and PS5, as well as offering a total of nine languages ​​across all platforms starting October 28. Languages ​​include English, Japanese, French, German, Russian, Simplified Chinese, Brazilian Portuguese, Polish, and Spanish, and we can’t wait to see how new players experience this deeply personal story across the world.

Event should change in the future

The Lord of the Rings: Call to Arms – 3 Things You Should Know About Saga-Inspired Video Game

The Lord of the Rings: Call to Arms - 3 Things You Should Know About Saga-Inspired Video Game