Did you all like the new Sol Cresta trailer? Some of you might be thinking, “A sequel to Moon Cresta and Terra Cresta these days? What about PlatinumGames? And isn’t this an April Fool’s joke after all?

To explain a bit for those who may not know, Moon Cresta and Terra Cresta were launched in the ’80s by a video game company called Nihon Bussan, better known as Nichibutsu. Both games were vertical scrolling shooters that included a game mechanic where you would dock with friendly ships.

In an era when shooting games where you fought alone were the norm, aggressive gameplay that made your ship more powerful when you docked with allies had childish players burning with excitement back then, and both games have took a place in the history of the game. Of course, I was one of those child gamers and experienced the fever in real time.

Sol Cresta itself is a “free-form docking and shooting” game that PlatinumGames will be releasing, and it bridges the gap 36 years since Terra Cresta was released in 1985 as an official sequel and next entry in the series. Cresta.

But how did this miraculous project come about? Well, I would like to tell you the secret of the birth of Sol Cresta.

Starting with Bayonetta and continuing with titles like Anarchy Reigns, Metal Gear Rising: Revengeance, The Wonderful 101, Nier: Automata and Astral Chain, PlatinumGames had the chance to see the titles we released be hailed for their “sensation. action “. and we became known as “the studio that makes action games”.

However, as a studio we want to make all kinds of fun games, not just action games.

Since I was a child I have played and had fond memories of many games; shooting games (although nowadays it tends to mean FPS), adventure games, RPGs, etc. Eventually I thought, “I want to make games too,” and that dream came true when I became a game designer. 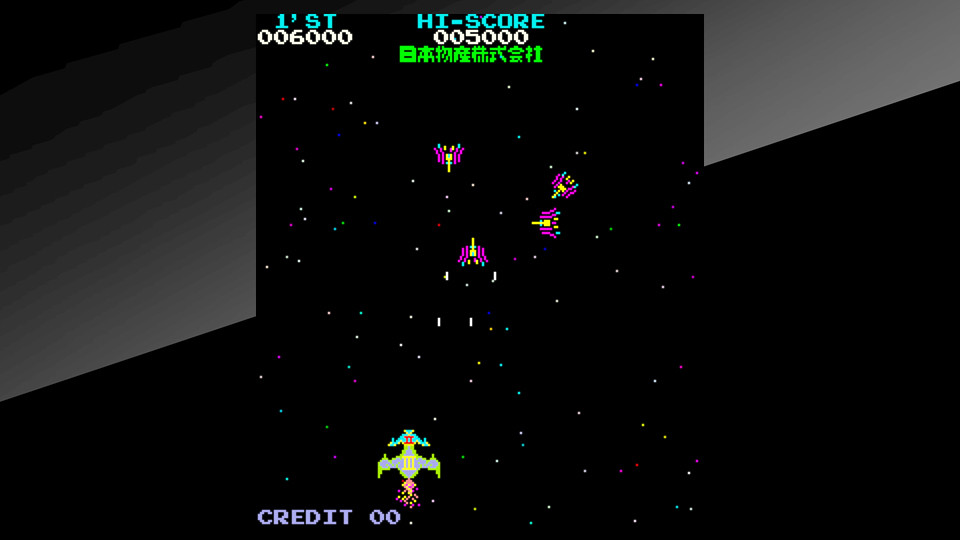 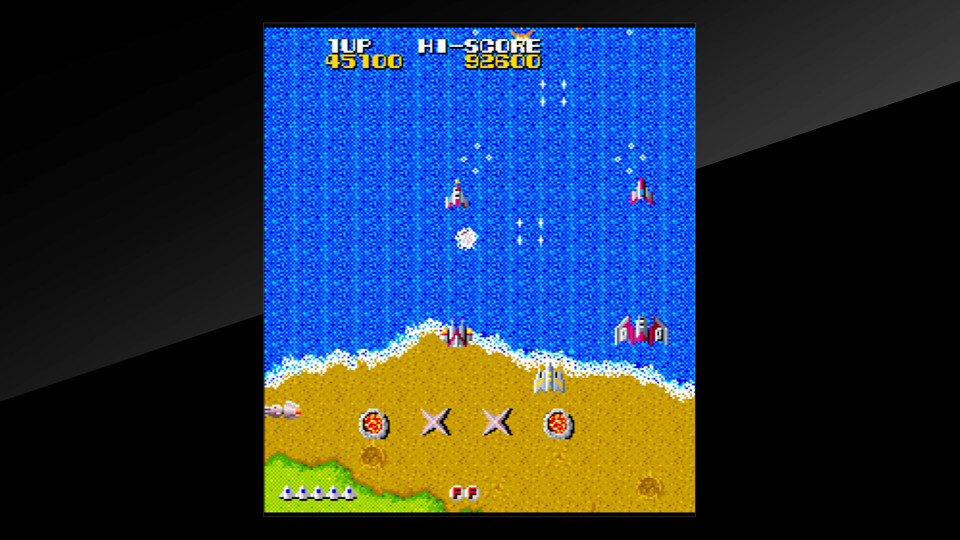 But as times have changed, technology has advanced and the player base has grown, the very nature of games and the related trends have changed a lot and having become a creator myself, I have been involved in large-scale projects focused on 3D visuals and gameplay. Before I knew it, the kind of games I knew as a kid – the simple, almost primitive “classic games” but packed with fun “classic games” – had vanished from the mainstream market.

It’s starting to talk about production, but it’s not a straightforward task to kick off a game project in a genre that isn’t mainstream. In addition, in my role, it is also my duty to develop the company’s flagship titles. But even buried by my day-to-day workload, I never forgot how I felt when I dreamed of making games for the first time, and if only on paper, I was still crafting secretly plans for games that can regain that nostalgic feeling and keep them warm inside.

Time passed and about three years ago I called our studio manager Atsushi Inaba into a meeting room and told him my idea for a certain game. I said, “I have an idea. for a vertical shooter where you play while combining and reconfiguring three fighter jets. “

Most of the shooting games are simple games where you fly jets, shoot bullets and take down the enemy. However, there have also been a few unique games with great gameplay features like a variety of bonuses that you can choose from, or support gear that can be used for offense and defense.

If we were to tackle a genre that is itself considered a “classic,” the game would have to have the kind of unique gameplay like titles created by industry pioneers, otherwise the attempt would make no sense. With the firm belief that the three-fighter dock-and-split system I had envisioned would help achieve a new playing experience on par with the historic titles that came before it, I shared my idea with Inaba .

Inaba quickly got interested as I explained, and since he also had a desire to make a game like the ones he was crazy about as a kid, he might have been waiting for an opportunity like this. The draft idea that I handed to Inaba began as follows:

Title: Sol Cresta
This game is a “free form docking and shooting” game and pursues the spirit of Moon Cresta and Terra Cresta to become the final chapter of the “Cresta Saga”. It elevates the series’ docking mechanism to make it the heart of the gameplay. “ 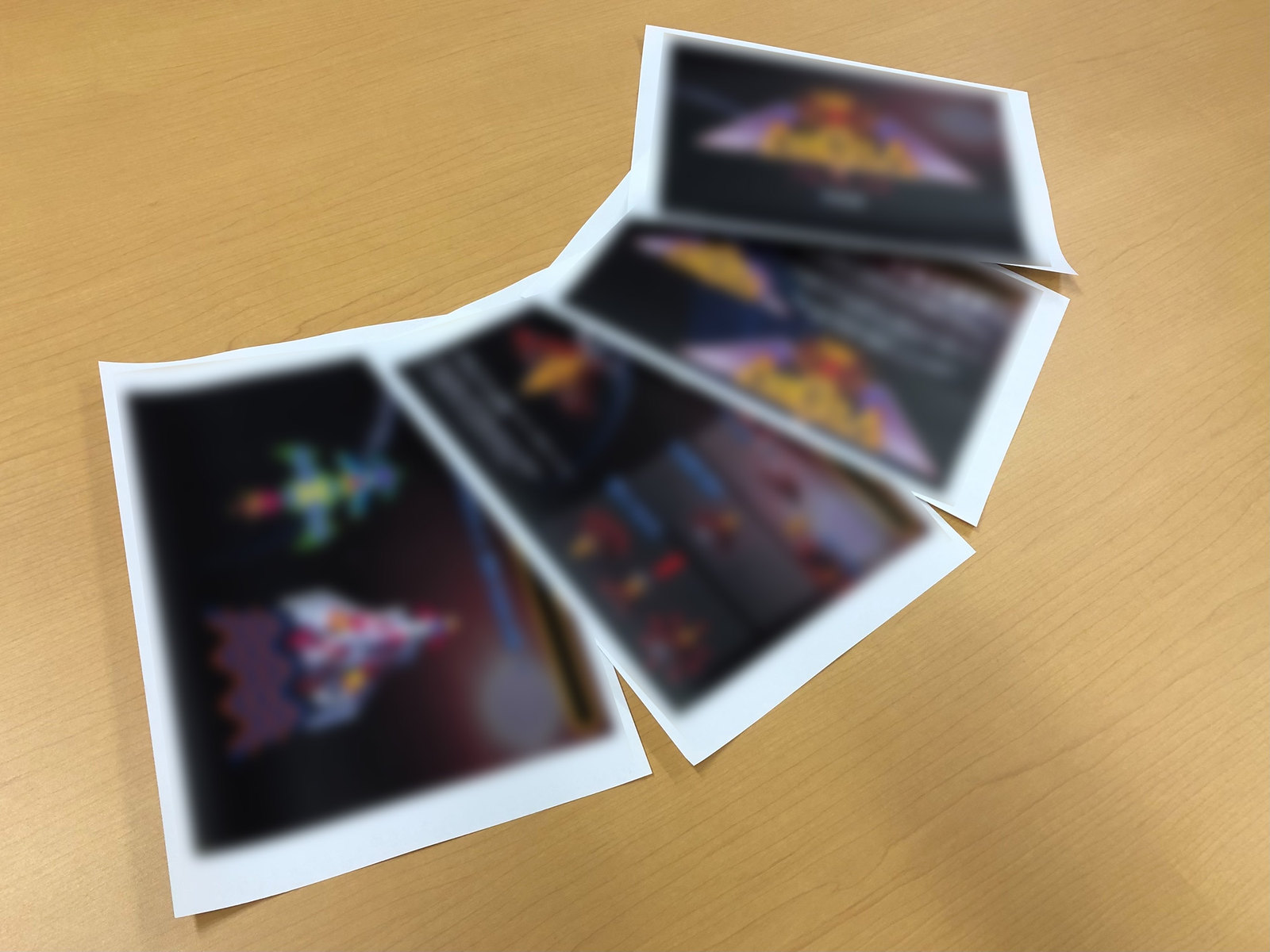 My idea for a “dock-and-split” shot arose while planning for possible new games, but while I was working on the details of Moon Cresta and Terra Cresta, the games that arguably originated from. docking as a gameplay theme, popped into my head. Then I thought, “Would it be nice if I could take these games that I loved and build on their gameplay and world building?” Come to think of it, my imagination was wild and my excitement couldn’t be contained.

At that time, the project to revive the classic game Hamster’s Arcade Archives was receiving praise from gamers around the world, and this unfolding of events may have inspired me as well.

However, I had some doubts. Since the founding of PlatinumGames, we have always had the desire to create our own original titles and making this project as a follow-up to another company’s brand would mean giving up that path. A feeling like regret still lingered in my mind.

And while I shared my draft idea with Inaba out of the blue, I was also honest with him about the doubts that were brewing, saying, “We could try to do this with a new frame as well, but What do you think ? “

Without hesitation, he said, “Wouldn’t it be more fun to do a sequel to the Cresta series?

Once I heard his voice, all my doubts were taken away. I remembered the basics of being a creator and my own basic principle: making games that are fun and exciting for gamers.

And that’s how the Sol Cresta project started.

Although frankly, it shouldn’t have happened at all. First of all, as I explained earlier, Moon Cresta and Terra Cresta were developed by Nichibutsu, with the rights currently held by Hamster Corporation. PlatinumGames had no connection with either entity, nor any right to follow up on these games.

It was then that Inaba and I had a discussion and contacted Satoshi Hamada, president of Hamster Corporation, who agreed to listen to us.

In fact, I had appeared occasionally on Hamster’s weekly live broadcast on Thursday and even went out to eat with Mr. Hamada and talk games with him. Of course, circumstances are different when it comes to business, and I knew that as someone deeply invested in the arcade archives endeavor, Mr. Hamada has an extraordinary love for classic games.

I worried what would happen if I showed the usually gentle Mr. Hamada my indulgent draft and it made him angry, or worse yet if I betrayed his confidence as a fan of classic games. What if not only the Sol Cresta project, but also my friendship with Mr. Hamada ended? I remained nervous until one day we agreed to meet.

Finally, I returned to Hamster’s offices. Even though I’d been there several times before it appeared on stream, the familiar meeting room felt completely different as I sat there with Inaba, and it felt more like an icy dungeon.

I took out the draft of the project and handed it to Mr. Hamada with shaking hands. I have never felt so strongly that something I wrote could be an evil recipe for disaster. And in 26 years in the video game industry, I’ve never been as nervous as I was back then.

Mr. Hamada took the draft in hand and read it quietly for a while. Inaba and I just eagerly watched. It seemed that time had stood still between us, feeling incalculably long and heavy.

But Mr. Hamada agreed to support the project on the spot!

Of course, it couldn’t be a simple decision. Being the classic games lover that he is, I’m sure a lot went through Mr. Hamada’s head as he read the document. But I don’t believe his decision was purely for business reasons, or out of pity for me as I was shaking like a lost dog. I’m sure he made that decision because he trusted us and our plan with the great Cresta series.

At that time, while I was delighted to get the approval, I also felt a new sense of responsibility not to betray Mr. Hamada’s trust and not damage the name of the Moon names. Cresta and Terra Cresta that the pioneers of the industry had built. And as a person who loved both games myself, I felt deep in my heart that I absolutely couldn’t disappoint the players who have faith in the Cresta name. 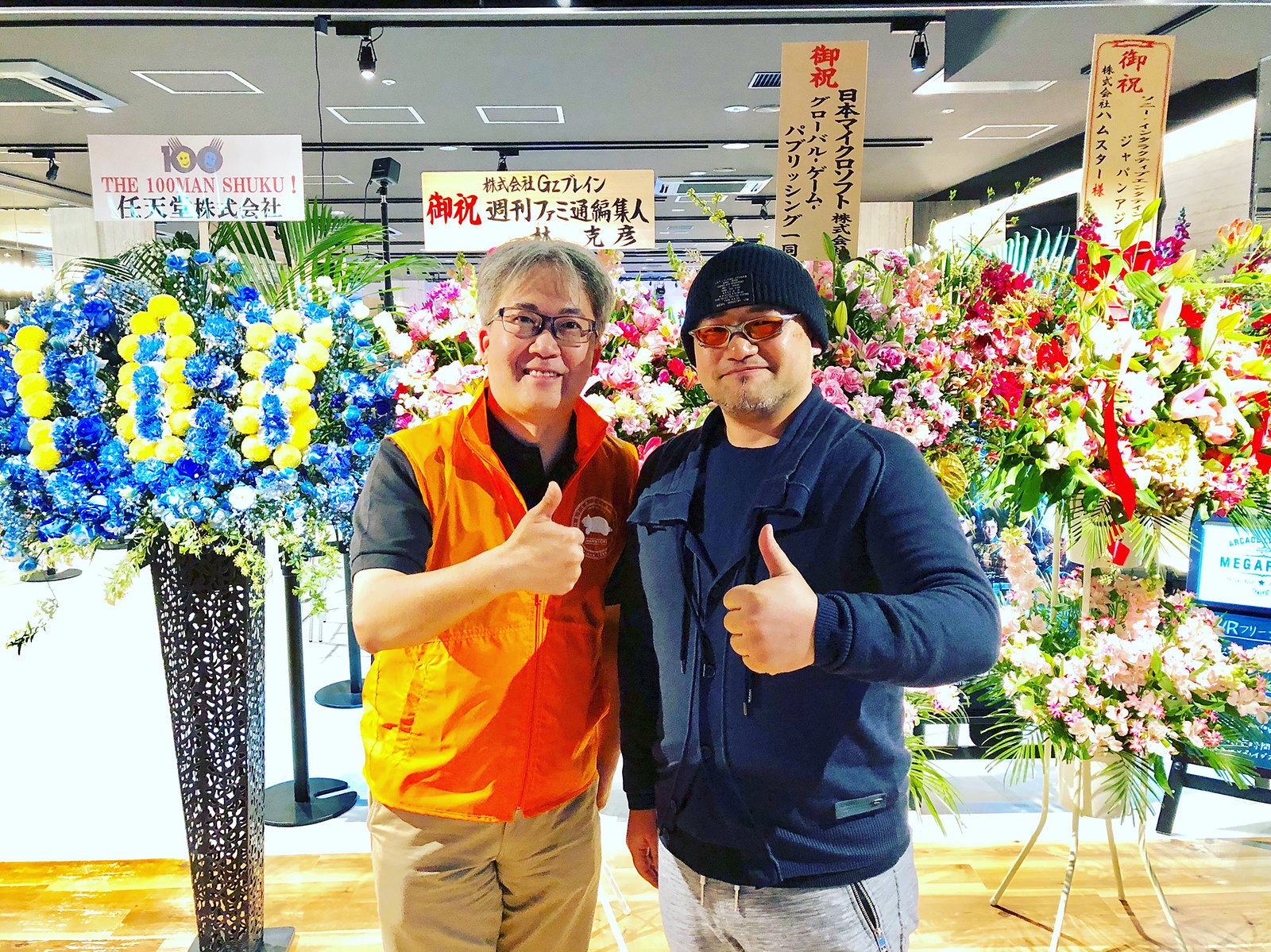 As you can see, it has been a long road to making the Sol Cresta project come true (I’ll keep the exciting story of Inaba getting internal approval of the project at an important unrelated meeting for dramatization).

Sol Cresta carries the “Neo-Classic Arcade” label. The name comes from our goal of reviving the feel of old-fashioned “classic” games that rocked arcades with excitement in the present with current-generation “neo” technology and creating a new gaming experience.

I hope everyone is looking forward to this title that we at PlatinumGames have put our hearts and souls into!

To learn more about the “dock-and-split” system at the heart of Sol Cresta, I will give the floor to director Takanori Sato on our official blog for more details. Please check it out and start these mind jamming simulations to prepare for the release!