After three months season 1 Anvil: Vault Breakers Season 2 is finally here with a new Swordsman Breaker, updated Season Challenge mode, improved matchmaking system and more! Before we dive deeper, we’d like to say thank you to all the players who enjoyed playing Season 1 and have joined us on our journey. During Season 1 we were able to focus on improving our core game and laying the foundations for what is to come. In the upcoming season we hope to add more content and deliver many of our promised features. The Season 2 update is available to all players who have purchased the game as a preview game on Xbox Series X|S and Xbox One, or those who have access to it with Xbox Game Pass.

The highlight of this new season is the introduction of Draken, who belongs to the new breaker class, Swordsman. Draken uses the Blazing Edge sword as his primary weapon. The new sword weapon class is designed to enable stylish melee action and can be used by any shooter-class breaker. Additional swords with different effects will be added in the July update, so stay tuned. Draken’s ability set synergizes with Bleeding, a new status effect that deals increased damage dealt per stack and deals a percentage of maximum health as damage at full stack. We’re excited to see what builds and comps people will come up with!

We’ve implemented a new code-based matchmaking system to allow cross-platform friends, in addition to the existing random cross-platform matchmaking. This will also allow for easier matchmaking with people found on Discord and other communities as players can enter the same code to matchmake together. Standard matchmaking is done without code. This system also allows for two-player runs.

Also, in Season 2, we will continue to differentiate between Galaxy Exploration and Seasonal Challenge modes. The three existing galaxies (Czerny, Symphonia, and Campanella) will expand into four, with Campanella Extreme becoming the fourth galaxy. The step-by-step exploration of the four galaxies allows players to enjoy successful exploration, like in a campaign mode, while the season challenge will push players to the limit.

Our intention with level selection in Season Challenge was for people who found the difficulty of completing Challenge Mode overwhelming. However, most people chose the most difficult difficulty level. This restricted the freedom of map selection. A time-based ranking system also caused players to restart runs when non-boss planets were given as the hardest choice.

The Season Challenge mode will live up to its name in the new season, giving players more freedom of choice while offering more challenges. The mode will now be endless (there is a cap, but the devs believe no one would be able to reach it… maybe you can prove them wrong) and will challenge players to go furthest. All three planet options increase difficulty by the same amount.

Additionally, a successful purge of a Planet Breaker gives a chance for a random buff to be applied to the next planet.

Show us how far you can go with skill, luck, unique builds, and team comps!

Many updates are planned throughout Season 2, including new relics, new weapons, new toy workers, and more. We hope to keep hearing from players and making Anvil a solid top-down roguelike shooter for players to enjoy! 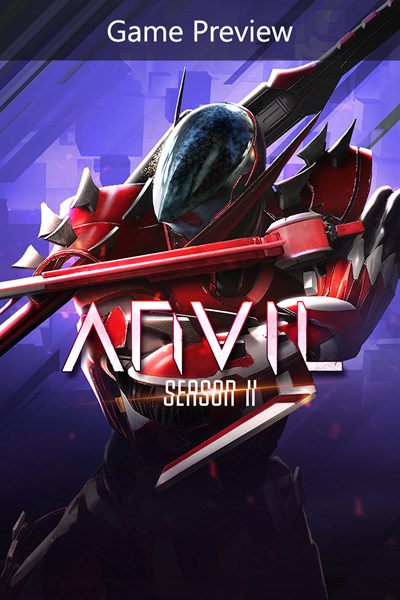 This game is in progress. It may change over time or release as a final product. Buy only if you are satisfied with the current state of the unfinished game. ANVIL is a multiplayer co-op top-down sci-fi roguelike action shooter in which you control characters called Vault Breakers to explore different galaxies teeming with monsters. Find relics in vaults to improve Breaker’s ability to survive and fight in this godforsaken galaxy. # ANVIL Ancient Vault Investigation Lab ANVIL is an agency that searches for “vaults”, the remains of alien civilizations scattered throughout the universe. Become a “Breaker” searching for “Vaults” and explore the unknown galaxy. Each galaxy consists of random planets and unique boss monsters. By defeating monsters and opening the vaults, you can harness the awesome powers within. # Breakers The Breakers are the seekers of Vaults. They have maximized their fighting skills to survive different threats they may face on different planets. Breakers with unique skills and abilities are waiting to be chosen. # Artifacts and Vault Weapons Over 100 randomly generated artifacts and dozens of weapons make each session unique and different from previous sessions. You can explore a combination of different playstyles Test the synergy between different artifacts and get powerful weapons to get the “ultimate” breaker! # Death and Rebirth The Breakers enter battle using their mechanical bodies. They will be rebuilt in ANVIL if they are destroyed during an exploration. Your breakers gain EXP in battle, increasing their strength and giving them new powers. The Breakers are not afraid of death, as death only makes them stronger when they are rebuilt. For full details on the current status of the game, how to provide feedback and report issues, visit www.anvil.world.

What to do when AirPods not working