Art of Rally: The racing game that originated in a van on an epic road trip through North America

After a couple of years of putting it all away, I’m pretty excited to tell you that our second game, Art of the rally, launches on Xbox and available today – day one with Xbox Game Pass! For anyone who likes racing games, it’s a spiritual sequel to my last game, Absolute driftwhich was released for Windows and Xbox a few years ago.

Art of the rally is a love letter to the golden era of rally driving that takes players around the world to drive through beautiful and calming environments inspired by real-world locations from Finland, Sardinia, Norway, Japan, Germany and now Kenya too! What most players will never know is that I actually developed a large chunk of the game while driving my RV across North America before I ended up putting together a team to bring it to market.

Some of you may be familiar with a modern van, but I call it the Beluga and have converted it into an office on wheels for most of the development! We went into the wilderness, stared at the vast sky, traveled through quiet forests and through vast deserts. The craziest trip was a 6000 km drive from Canada to Oaxaca, Mexico, which swept over Sinaloa at the same time as Hurricane Willa.

My van played such an important role in the development of my game that it absolutely had to be there. If you ever play Art of the rally, and happen to be somewhere on a less traveled road, you might find it (using the camo from my previous game) Absolute drift)!

Making the game this way was an amazing experience, if a little technologically challenging at times. Cant wait to see what people think when they try it out on Xbox One, Xbox Series X | S, Windows 10, and with Xbox Game Pass! 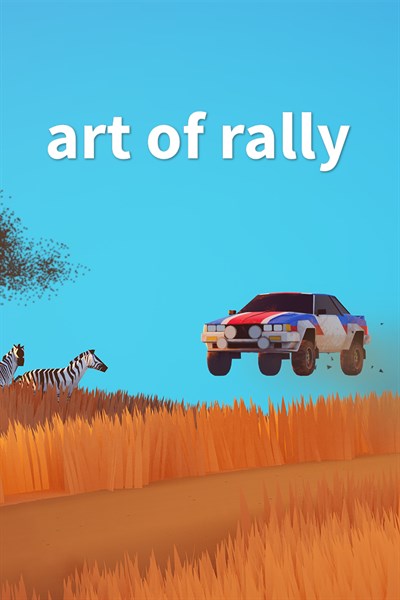 Art of the rally

“Doing something dangerous with style is art …” Art of Rally is a stylized experience inspired by the golden rally era from the creator of the Absolute Drift Race around the world through colorful and stylized environments from above. Fight for first place on the leaderboards with daily and weekly challenges. Do you master the art of rallying? – Experience the golden rally era in career mode and travel over 72 stages from Finland to Sardinia, Norway, Japan, Germany and Africa. – Get behind the wheel of your favorite vintage cars from the 60s to 80s, Group B, Group S and Group A. – From beginner-friendly options to driving modes that challenge the most experienced drivers, all players can tackle the races with their favorite rally – Driving tricks: Scandinavian flick, counter-steering, left foot brakes, handbrake curves. – Get your name to the top of the leaderboard in our daily and weekly challenges. – Show your driving skills or simply your favorite landscapes with the integrated photo and playback mode.

Starfield reservations could soon be activated

Partnership between Rockstar drinks and Xbox

Announced an Anime of the mythical Onimusha