Creating the atmosphere in rays of light

In rays of light is a remake and reinterpretation of the original 2012 indie game The light. The first project was a “test of the pen” which marked the beginning of my journey into the world of game development. The game contained a general moral concept associated with the danger and harmful consequences of human action: with endless wars and political battles, the desire for enrichment, with technological progress that has a strong influence on our lives, both positive and positive positive negative way. The final message in history was that Mother Nature will breathe a sigh of relief when humanity as a species disappears from the earth.

The original game was a small sketch with 15 to 20 m inutes of play time. The reference for the location was the real area of ​​the Moscow Humanitarian University, specifically one of its educational buildings. During my student days I spent a lot of time in this building, which has always impressed me with its apparently simple but strict monumental design. It was the majestic image of this building that originally inspired the creation of the project.

In 2019 it was decided to republish the project with a complete overhaul of the visual and gameplay parts. The game was practically created from scratch. Many interactive objects, kerosene lamps, a game machine, a puzzle with a control panel and notes on the plot text have been added. Some variability has also been introduced – now you can get one of two different endings depending on the type of passage. In this case the term “light” has a great sacred meaning.

The main film, which is shown to the player in the lecture hall, has been completely redesigned. Many fragments from military chronicles, footage of disasters and emergencies were used for the video. We also used our own materials shot in abandoned areas, as well as pictures of pretty well-known objects in Russia. For example, in one of the scenes there is footage of the old Church of the Dormition in the city of Kondopoga in the Republic of Karelia. Unfortunately, the church was set on fire in 2018 and burned down completely.

The game’s remake also received a more formal storyline that uses notes and details of the area to keep us informed of the latest happenings in this godforsaken place. In contrast to the original version of The light

the player becomes more aware of what happened many years ago and who the main character is.

This project has become more than just a game for me. This is a statement that makes you think again about what is important and what should not be forgotten. 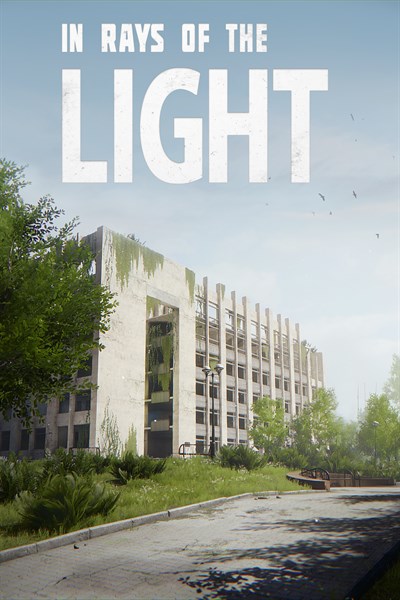 In rays of light

New game from the developer of “7th Sector” Sergey Noskov. There is only you, the abandoned remnants of a previous life and the blooming nature that feels great in the absence of man. This world is both dark and empty, but so incredibly beautiful. “In Rays of Light” is an atmospheric author parable about our place in this world, life and death. Explore a mysterious area full of details that reveal the story. Solve logical puzzles and study text messages on the go. Features: – Meditative first person search – A metaphorical philosophical story revealed in the study of details and environments – Beautiful graphics and melodic soundtrack (composed by Dmitry Nikolaev) – Two endings – Remake of the game “The Light” (2012 )