We bring you some amazing tower defense and action RPG battles with our latest edition. Dungeon Defenders: Awake. With millions of players taking up arms to defend Etheria across the Dungeon Defenders franchise, we’ve made significant changes to bring the series up to date with the latest gameplay – and it still is a lot of More will follow as we expand and develop this game further.

With this project we are going back to our roots. We dug really deep to regain the magic of the original Dungeon Defenders and then turn it up. How we evolved AwakenedWe kept asking ourselves and our fans what we could do to make things better.

First, we looked at our heroes and made changes to them that help make the game feel fresh. By revising skills (and removing skills that our community polls said were “rubbish” about players), movement will get better (double jump is) amazing) and design it so that building defenses and deploying skills do not cost the same resource.

From there we looked at the content. For the base game, we’ve introduced some fan-favorite maps that have been completely recreated and balanced from top to bottom with brand new assets. Then we added brand new cards that helped tell the story and lay a foundation for things to come.

Our development didn’t stop there. We have also added a lot of wonderful features: the new “Massacre” difficulty level, the “Rifted” modifier (stronger enemies with more mechanics), the fusion equipment, a transmog system (you can change almost everything in the appearance of your character and equipment) , a complete UI overhaul, a brand new tutorial for our new users, and much more.

We won’t stop there either. We are currently developing episodic content (which, by the way, will be free if you own DD: A.), with each episode featuring multiple new heroes, new maps, new enemies, new bosses, new gear, new modes, new features, and new new ones? The last one isn’t really a thing, we just “rewrote” so much that our brains burst.

We are working hard on it Dungeon Defenders: Awake An amazing game, with tons to play through now and more on the horizon. Gather your comrades, sharpen your swords, put on your wizard hats and help defend Etheria! 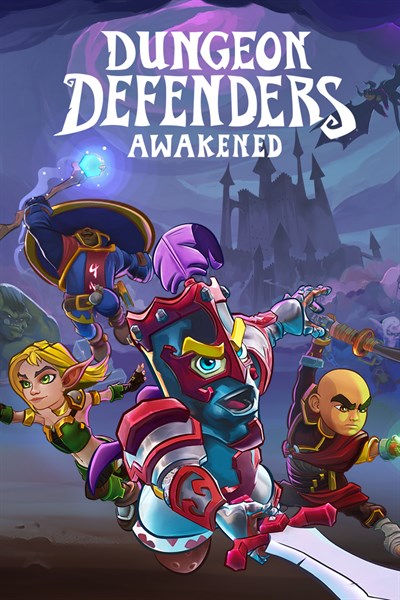 That’s right, it’s back! The Dungeon Defenders franchise finally makes its glorious return with Dungeon Defenders: Awakened from Chromatic Games. Dungeon Defenders: Awakened is a cooperative action RPG / tower defense game that brings loot, levels, pets and character customization into a legendary 4 player co-op experience. The past has changed! Choose your hero and build an epic defense to fend off hordes of enemies as you jump into battle to protect Etheria. Team up with up to four players as you level up, claim legendary loot, and take on the armies of the enemies that await! Protect your Eternia crystal! Master the Squire, Slayer, Apprentice and Monk to fend off hundreds of henchmen who want chaos! Build and use your arsenal of blockades, towers, traps and auras to protect the Eternia crystals. The only requirement is to win, but it’s up to you to decide how! Party Up Defending Etheria is better with friends! Bring three of your friends online to jump into the fray with you! Let it rain loot Obtain an abundance of loot as you battle waves of enemies that are approaching! Swords, crossbows, staves, polearms, axes, grenade launchers, beam swords and much more are at your disposal. Customize Customize Customize Everything about Dungeon Defenders: Awakened is your choice. The equipment you use, what your hero looks like, where to build your defenses, what defenses you build – you are the master of your destiny in Etheria!

During the day, Darktide takes the catalog by storm

Fallen Dynasty will have more “smooth and sleek” combat than Nioh

Stupidity of the day: Microsoft created these mini hoodies for the Xbox controller