The Operation: Daybreak update for rogue society celebrates an out of beta launch with a new Rogue, Battle Pass, Ranked Draft Pick, and exciting events!

Introducing the latest Rogue, Juke! Juke is a brilliant scientist responsible for developing the world’s first true artificial intelligence. A fantastic engineer with multiple PhDs, she worked for the weapons company Furmi.62, but after her life’s work was destroyed by Jackal agent Umbra, she joined the Rogue Company to find answers.

“Juke is a brilliant new villain who brings tons of cutting-edge technology to transform the way defenders maneuver and deploy around the map,” says game designer Nick Keogh. “The Juke Boots offer a way to reach heights previously unattainable! Your Laser Defense Drones allow you to quickly entrench yourself in a new position, while the Reflector offers a fun new way to cascade your opponents to their demise!”

Juke’s Laser Defense Drone can be thrown not only on the ground, but also on walls and ceilings. This, paired with their Juke Boots; A mod on her dodge roll that can be used mid-air gives her a unique and versatile playstyle that offers plenty of opportunities to outplay other villains.

Battle for new rewards in the post-apocalyptic Wasteland Wilds Battle Pass! As you earn levels in this pass, you’ll gain access to many scavenger-ready cosmetics like the Wasteland Cannon outfit or the new Inferno Positron Mythic weapon wrap. Also, when you purchase the Battle Pass, you’ll instantly get the Wasteland Phantom Outfit, Last Stand Wingsuit, and a 1-hour account boost!

Along with the typical ranked season refresh, we’re also introducing an overhaul to ranked draft picks that allows for picks and bans and the opportunity for a give-and-take mindset at this stage of the game. These will also be accompanied by a separate Ranked Strikeout queue, allowing die-hard fans of the game mode to test their skills in a more competitive environment. However, these changes are not the end. Project Saint updates continue to affect the game, including enabling human backfill for the rest of the game modes, gadgets now decaying similar to rogue abilities, and a number of balancing changes to the economics of Demolition and certain rogues .

Finally, rogue society celebrates the end of its beta and launches fully into an exciting Out of Beta Bash. This event will be celebrated for four weeks, including unlocking all rogues for the first week after launch, as well as a range of bonuses throughout the event such as: B. an increased Rogue Mastery, more contract rewards and a fully unlocked weapon arsenal. Additionally, our new rogue, Juke, will be free at release to further celebrate this milestone! Play the Operation: Daybreak update now for free on Xbox One X|S! Read the full patch notes for this update here 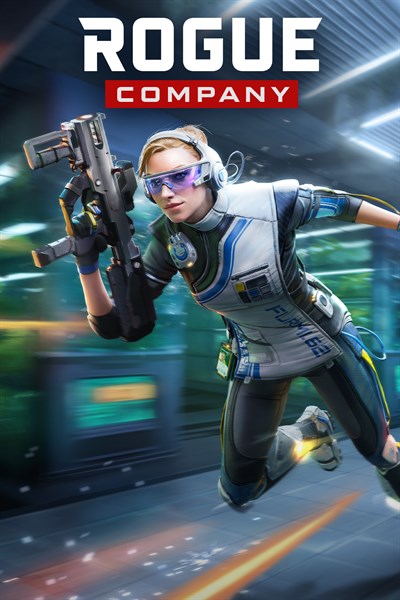 Get ready and join Rogue Company, the third-person tactical action shooter that puts the fate of the world in your hands. Defeat the opposing team in objective and action-based game modes with exotic locations, exciting shootouts and explosions…lots of explosions. Build your team and play now for FREE! Dive into high-stakes missions in hotspots around the world. Take part in action-packed 4v4 and 6v6 game modes; Control the point in King of the Hill, fight for survival in Strikeout, or plant and defuse bombs in Demolition. Would you like to become more competitive? Join the leaderboard queue to show off your skills. Or relax in a rotating limited-time mode. Drop in as one of the Rogue Company’s many agents, each with their own unique skills, weapons, and gadgets! Fire explosive napalm with Switchblade’s Chaos Launcher, rescue your teammates with Saint’s revive drone, or take the opposing team offline with a gl1tch hack. Which rogue and playstyle will you choose? During each game you earn cash that you can spend in the in-game store. Choose how you approach each round – buy a katana to get up close and personal with your enemies, or the Tyr sniper rifle to take them down from afar? You can also unlock high-tech gadgets, from Dima’s favorite explosive to a disorienting tear gas. Rogue Company is 100% free to play. All villains are free to unlock and come with additional free rewards that you can collect just by playing the game. Even better, Rogue Company supports full cross-play and cross-progression, meaning you can play with your friends regardless of platform and take your unlocks with you wherever you go. Are you ready to save the day, look good and get paid? Download Rogue Company and play for FREE today!

The iPad is no longer a hub for HomeKit

The publisher of Replaced will be making an announcement this week

The iPad is no longer a hub for HomeKit