Focus Home Interactive Yes Streum On Studio are happy to announce and release the exciting and violent new FPS: Necromunda: Firearm. The game is based on the dystopian cityscape of Necromunda from Games Workshop, set in the Warhammer 40,000 universe where gangs fight to survive in a nightmarish underworld.

Hunt your targets, upgrade your weapons and bionic augmentations, and collect your rewards, as you search for truth in the Endless Hive City, Necromunda: Firearm, the dizzying first-person shooter set to release digitally on June 1 and in physical format in the coming weeks.

Navigate through a sea of ​​crime and corruption and balance Necromunda’s violent ecosystem like a ruthless bounty hunter. The pay is good, the dog is loyal, and you can trust your gun, but will you survive the hunt? Necromunda: Hired Gun is a violent and fast indie FPS set in the darkest corners of Warhammer 40,000’s most infamous beehive town.

For the right price, take down the most heinous gangs and mutants. Your arsenal is an expanding arsenal. Your body is enhanced with dozens of customizable power-ups for wall running and cliff jumping. Your cybermastine will follow and kill enemies for you, and your grappling hook lets you traverse massive environments in an agile and swift manner.

Necromunda: Firearm will be available June 30 on Xbox Series X | S and Xbox One; as well as in the rest of the platforms for a price of $ 39.99.

You can see the last released trailer of Necromunda: Firearm here. 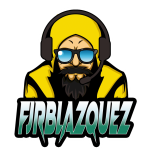 Geek by vocation, Pringado by profession. Playing since I can remember.
Administrator of this wonderful website.

four different methods to achieve this

Asterix & Obelix: slap them all! and its editions are already available

We can only play campaign missions once in Halo Infinite

Mainframe MMO will not be released exclusively for Xbox