Stubbs the Zombie returns from the dead

Aspyr Media will bring us back Stubbs the zombie in Rebel Without a Pulse March 16. Originally published by Wideload games in 2005, he left for the Xbox original and Pc.

The title in the third person puts us in the shoes of Stubbs a zombie that we will drive to create a army of brain eaters who fight weak humans. The game will only offer improvements in terms of resolution, performance and add achievements. Removed from the digital store Xbox 360 in 2012, the time may have come to give it another try.

In 1959, the city of Punchbowl it is an example for the rest of the country, an idyllic landscape where all dreams come true. We will be Edward “Stubbs” Stubblefield, a traveling salesman killed in 1933 by a bullet in the stomach by one of his clients and buried in an unmarked grave. 25 years later we will return from the grave looking for revenge and tasty brains.

With our new “non-life” we must create our army of the living dead at the expense of the townspeople. To do this, we will transform the inhabitants of the city into hordes of zombies under our control that we can move to achieve even greater mass. We can order them to follow us, to stop or to advance on the reckless poor who cross our path. In order to defend ourselves or attack humans, we will have skills such as throwing our heads, guts or deadly toxic farts

Special mention to our left hand from which we can detach ourselves and take on a life of their own to discover all the nooks and crannies that come to mind. As the living dead we will have a increased strength and regenerative capacity

Stubbs the zombie it did not have a great commercial reception in its time although the press of the time I appreciate it quite well and I found it quite funny. There were plans for a sequel but that was never made and the studio was absorbed in 2014 by Disney and vanished from the map.

In addition to the regular edition, you’ll also get a Collector’s Edition for $ 159 with the following extras: 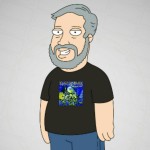 Handwriting apprenticeship on Area Xbox, I occasionally play on Twitch or shout out loud on the console podcast. Reassemble the irons!

Respawn announces that it worked in 3 Star Wars games

Xbox UK promises to improve the automatic renewal of subscriptions