A free Apple TV and a HomePod mini to participate

In the summer of 2019, Apple’s Siri Improvement Program saw the light of day. In the, of people from another outsourced company listened to audio recordings of requests made to Siri by anonymous users. The problem was, these people weren’t aware that they were allowing processing by Apple. It was enabled in iOS settings but it was not express consent. A few days later, Apple decided to suspend this program. Since Applesfera We have already discussed the desirability of a new approach for this type of improvement programs, both limiting it to users who give their express consent and offering them compensation for sharing their data.

Now from Applesfera we know that Apple has carried out a new Siri improvement program totally different from the previous one, also in Europe, in which hundreds of users have voluntarily ceded, one by one, their consultation audios to Siri, being able to get rid of those they do not want to share. And they were rewarded for it.

10 requests per day for two weeks

“100 households” are those who participated in this study, ranging from one to several people. It took place between July and September with participants from several Spanish cities, since there was no face-to-face activity and all procedures were performed online

Participants received what Apple calls a “Take Home Kit” (THK), consisting of a HomePod mini, an Apple 4K or HD TV, a three-month subscription to Apple Music, an additional three months. to Apple TV + and several plugs with instructions.

Apple does not ask for exact consultations, but rather lets participants do what they see in their own words, it limits itself to giving them a superficial guide.

Upon receipt of this kit, participants were required to register both devices with their Apple ID, then install profiles on them and complete a few additional setup steps. Once completed, Siri requests on HomePod mini and Apple TV are now recorded in an app that appears on iPhone called “SiriSpeech”, which had already been detected a few months ago without knowing the details of this study. Each participant must use a fictitious name to avoid being recognized.

From there, study organizers ask participants to make “at least 10 requests to Siri for each participating family member, per day.” That is to say, no less than 140 requests during the two weeks of the study.

A participating member explains that “the study coordinator gave us some hints on things we could ask Siri like, our favorite team’s score, the weather, etc., but in a very general way. They didn’t dictate to us. exactly, I understand this because the improvement program seeks to improve the questions asked naturally by users.

At the end of each day, each person should go to the SiriSpeech app and review the audios of their Siri requests on HomePod mini and Apple TV for that day. They can throw them away, and in this case not be shared with Apple; Where agree to send them, a process that requires two-step verification to avoid accidental sendings

. The organization of the study also stresses that it is important that at this stage no audio is sent containing anything sensitive, embarrassing, confidential or belonging to people outside the study or to children under. age 13, even in the background.

As the loaned devices are intended for the home, all the people who live there can participate provided they sign the consent form. There aren’t many other requirements, beyond the obvious or having an iPhone 6s or higher (for iOS 14 compatibility to run the SiriSpeech app), as well as a TV with a port HDMI. Audios shared with Apple are anonymous, but associated with a unique identifier that also includes gender, age range, native language, country, and region where the person grew up.

After the two weeks of the study, participants were able to keep the devices provided by Apple and they were instructed to remove the profiles that allowed requesting audios to be sent to Siri.

These devices, as well as the subscriptions that make up the pack, total a total value of 342.94 dollars (199 + 99 + 29.97 + 14.97). If we take as a reference the 140 requests to Siri that at least each participant has to make, and ignoring that this is not the cost that Apple has to pay for it but its market value, we are left with the amount. of 2.45 dollars. This is the amount in which Apple values ​​each request to Siri that they allow it to process in order to improve the voice assistant service.

Under the legal conditions of the study, they do not benefit from this advantage as an advantage or compensation. “You are not expected to feel any direct benefit from participating in this study, with the exception of THK,” reads the legal text each participant receives.

As we have since learned ApplesferaThere is no open form to register for this program, but the company that carries them out selects profiles that they know before or that they know of previous study participants. 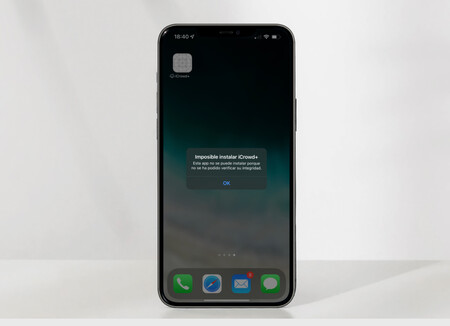 We also tried to download the iOS app that allows us to start the study process, but we were unable to open it because we did not install the profile that allows its use. In April 2020, a few months after the original Siri Improvement Program scandal broke, it was made public that Apple had purchased Voysis, a startup specializing in artificial intelligence with improved voice assistants on its record. . At least for now, the human factor is still essential like that of these studies.

Since Applesfera We contacted Apple for more details on this study, without having received any statements about it or denying its existence.

Unpacking. We are moving in!