It gives the impression that Android based consoles They are making a comeback after spending many years lying fallow, if not endangered, but more and more models are seen coming onto the market in an attempt to take advantage of the booming mobile gaming market. Powerful titles are more and more plentiful and maybe now is the time to have a console of this style, and the GPD XP is the latest to arrive.

If an exact month ago the future Lenovo Legion Pay with integrated GeForce Now was leaking, now we have among us GPD XP which retains the same pattern, so prevalent in the world of video games in general. With the GPD XP we have the screen in the center, buttons on one side and, very importantly, an accessory slot on the right side. Thus, we can choose the type of controller we want to build with the possibility of even placing one from the Xbox since we are talking about a modular Android console.

A fairly versatile console with three controllers to choose from 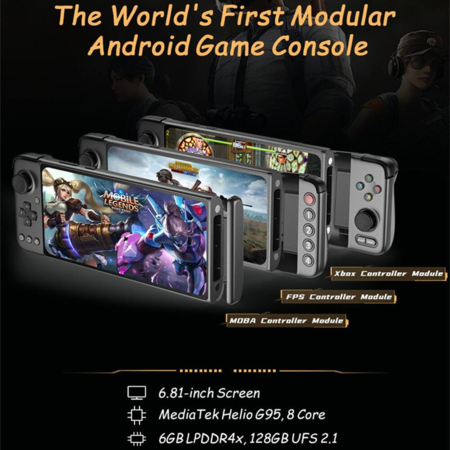 As they say, the real potential of this GPD XP already on sale lies in the possibility of customization via accessories. The device offers us, from the start, three possibilities to place on the right side since the left side has already been decided with a joystick, a directional pad and four additional buttons to open options and perform other functions such as rewind, access the menu, etc.

On the right side is the shisha car when choosing the other side controller, we can choose between three different options

But on top of that we have a pretty classic handheld console that carries Android inside and has a FullHD + display with a 20: 9 and 6.81 inch aspect ratio, which translates to 2400 x 1080 pixels. . It is protected with Gorilla Glass 5, by the way, and it does not hide any fingerprint reader like in the case of cell phones. The screen refreshes to 60Hz and that is perhaps the weakest point of the device, as we expected at least 90Hz to make this GPD XP an advanced gaming device. 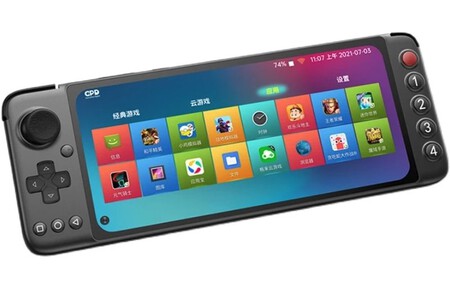 The processor chosen by the manufacturer is the Helio G95 supported by 6 GB of LPDDR4x RAM and with 128 GB of UFS 2.1 internal storage, with a microSD tray that can go up to 2 TB. The battery is 7000mAh and charges at a maximum of 20W and we are talking about a console weighing 370 grams and measuring 233 x 83 x 18 millimeters. We also have a headphone jack, with a USB type C for charging and a SIM tray, so we can use it with 4G.

The new GPD XP game console has already been listed on Minixpc.com for $ 399 which will increase once the initial promotional price has ended, so if you are planning to get it, don’t delay in making a decision. We will see, over time, if the Android consoles are required or disappear again. In the meantime, we will have examples like this GPD XP.