Can a super sturdy mobile maintain this quality while offering a folding mechanism? Yes, CAT has a motive that It is not only a clamshell type, but also a smartphone.: The CAT S22 Flip is one of the most bizarre combinations we’ve seen in a smartphone.

You could say that MWC 2022 is almost history. We attended the congress looking for the latest in mobile technology, whether it’s devices or anything carrier-related. And our impression can be summed up in one sentence: “This MWC was not significant in terms of news

“Despite everything, the mobile event par excellence has reserved a hidden gem in its corridors. Like the CAT S22 Flip: it left us speechless.

Hard as a rock, but with style 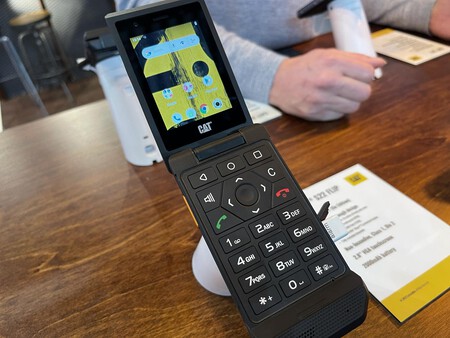 The CAT S22 Flip is a mobile that, although it is a shell type, looks more like a granite style: it is thick, very heavy, its shell is made of resistant plastic and it combines several qualities that we haven’t seen in a phone of its style. Because, in addition to being a smartphone with Android Go, and including a fold ing hinge mechanism, the phone has… a physical numeric keypad.

It surprises the eye with its anti-fall aspect and, once unfolded, the CAT S22 Flip discovers its numeric keypad as if it were a basic mobile. But no, the interior screen is touch-sensitive and has Android Go as the operating system. With that premise, it was clear that Mobile wasn’t going to be too powerful, but it doesn’t aspire to play in those leagues either.

The mobile includes a Qualcomm 215, 2000mAh battery, 2GB of RAM and 16GB of internal storage as key features. It is very contained inside, just the opposite of what happens outside: we had it in our hands and, in addition to being able to use it as a throwing weapon (if it hits you head, you will see more than the stars), feels as sturdy as the rest of the CAT family. And the fact that it’s a shell type gives it a lot of charisma (in addition to protecting the interior screen). 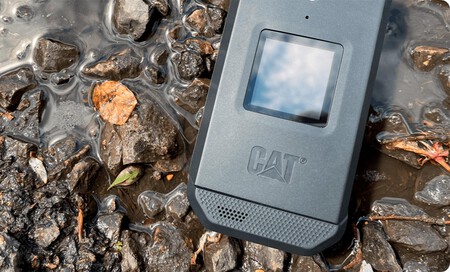 Despite the outdated hardware and the system as contained as Android Go, the CAT S22 Flip is a good choice for those who don’t have to worry about their phone falling. Also, being a case type, and despite the fact that the thickness is noticeable when folded (2.2cm, next to nothing), the phone doesn’t take as much as a normal rugged smartphone. Too bad it only came out in the US.

An excellent Collector’s Edition for Triangle Strategy on Nintendo Switch

These are the questions Apple asks in its job interviews

how to adjust sound and options to improve playback