Almost six months ago we heard about the new interface that Google was preparing for Android TV. And now, almost six months later, the new home screen design is coming to TVs with Android TV from different countries. How a button shows, on two home TVs jumped yesterday.

A change with a clear objective: to establish greater similarity between interfaces displayed by Android TV and Google TV to make them more appealing to the user. Now Android TV will see new options appear on the Home screen with direct access to searches, apps and improved recommendations. 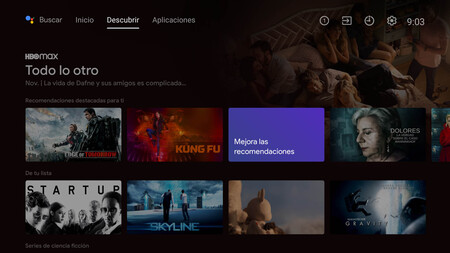 Android TV is starting to receive a design that looks more like it than what Google TV already looks like. An initial screen which now offers in the upper area four shortcuts to “To look for”, “Start”, “Discover” and “Applications”. 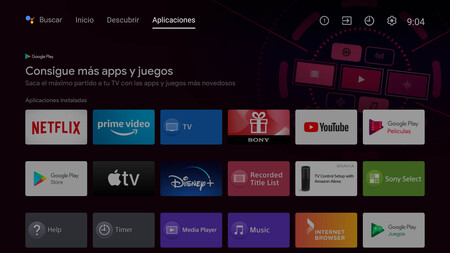 The goal is to make it easier to use and move between the different menus without having to scroll down or move around with the remote in the settings. But it is that with these input menus, improvements arrive in “Discover” 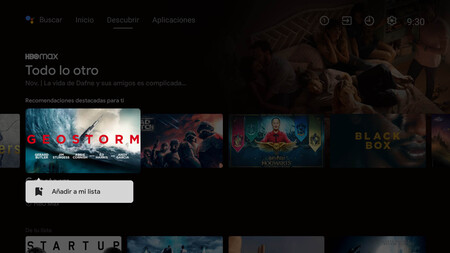 Now with the option “Add to my list”, we can do this by pressing and holding the OK button on the content, all the movies or series you want to see later are added. This list for later viewing will appear in the Discover tab and you can view it from other devices such as Google search or the Google TV app.

In addition, recommendations are now improved thanks to a menu that appears in the “Settings” in “Device preferences”, “Start screen”, “Content preferences”. In this menu we will see a screen in which the content will be presented so that you can indicate whether you are interested or not and thus improve the recommendations that Android TV gives you. 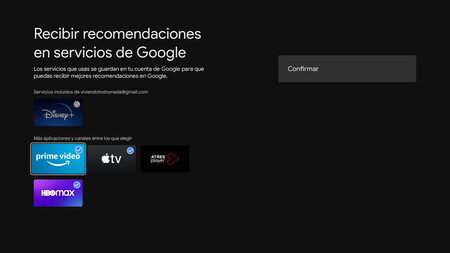 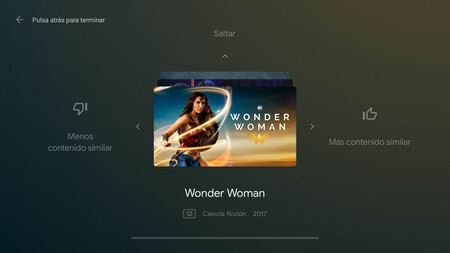 Not anymore trailers are played automatically, similar to how it happens on Netflix, achieving a more cinematic experience. An improvement that you can nevertheless deactivate again in the “Device preferences” then in the “home screen”.

This update is coming gradually, so it may still take a few hours or days to access your TV.

Dwayne “The Rock” Johnson saves Fortnite in the Chapter 2 finale

4 iPhone and iPad features that should come to Mac

Dwayne "The Rock" Johnson saves Fortnite in the Chapter 2 finale