It is clear that in the Cupertino laboratories, teams test everything imaginableOne of the latest novelties, in the form of a patent, is a glass AirPods Max. Clearly more sensitive to shocks, but with better acoustics. At the same time, we understand that in another of these curious laboratories, Apple is testing an Apple Pencil whose interchangeable tips would modify the behavior of the accessory.

Several Apple Pencils in one: the idea of ​​interchangeable tips

Currently, it is already possible to change the tips of the Apple Pencil that are on sale. This is something we do when, with use, the tip wears off. A refill and the pencil works like the first day

, but according to a new patent, this change could represent more. 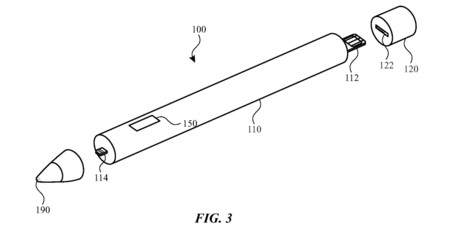 Under the title “Multifunctional stylus with interchangeable modules” Apple offers a communication system between the body of the Pencil itself and the tip. A system which, in addition, could simplify the exchange, maybe using magnets instead of the current thread process.

According to the patent, the tip would have all the mechanisms, circuits and processors would work and transmit the data to the body of the pencil. This in turn would include the controllers, battery, haptic feedback mechanism and a button, as well as communication with the iPad. 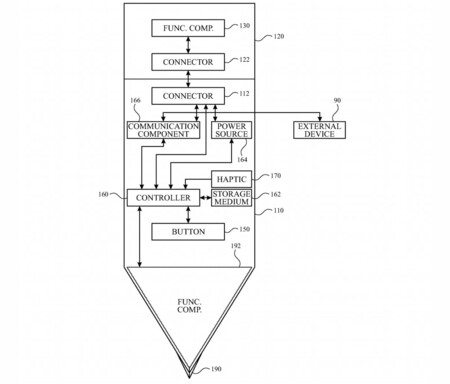 The tips could have different types of sensors: tactile, contact, capacitive, tactile, a camera, piezoelectric, photodiodes. And with that changes in the size and design of the different tips can also be expected.

Glass AirPods Max: the balance between resistance and acoustics 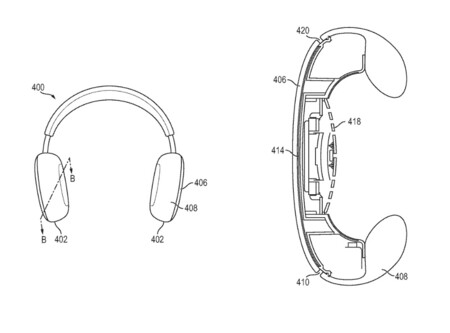 Currently, the body of the AirPods Max headset is made of anodized aluminum, a material impact resistant and lightweight, but with less than ideal acoustics. That could change, as a patent could lead us to see AirPods Max in glass. Under the title “Techniques for Improving the Performance of Glass Headphones”, the patent focuses on hardening the glass to make it res istant to drops so that it can be used in headphones.

“The headphones can include a touch sensor area that can be configured to allow a user to manipulate settings and media playback,” the patent continues. “[Y] it can be made of various materials such as polycarbonate and / or glass. “

The truth is that glass headphones could block some external frequencies much more effectively and improve sound insulation, provided its fragility is resolved. In view of this, Apple offers a ringing system that would wrap the headset so that in the event of a fall, it would be that part, made of another material, that would take the hit. He also proposes to place the glass inside the helmet, a practical solution, but which would considerably increase the weight of the helmet.

As we’ve said on other occasions, patents don’t always reach the end products, but they do give us clues about Apple’s intentions and areas of focus. In this case, we are talking about products that, in general, we take for well established and which we do not expect to see big changes, but we can have some surprises.