AirTags have been with us for several months now and have had time to prove themselves in various cases of theft. The most recent is the theft of a scooter, which has been successfully recovered, but there are other cases in which owners of bicycles, keys and scooters they are happy to have hidden an AirTag inside. 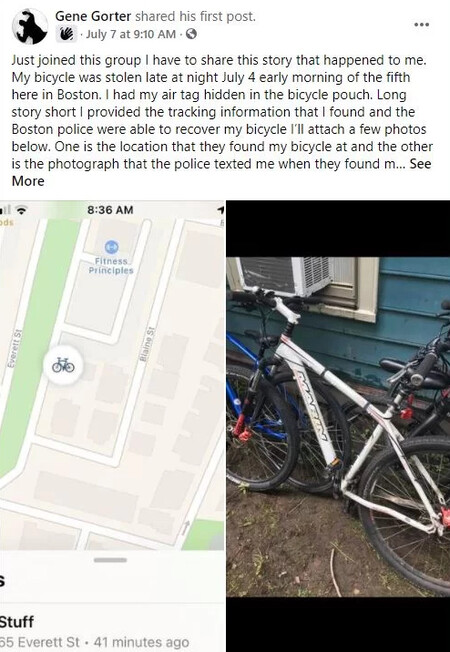 Boston, July 4, Gene Gorter discovers that his bike was missing. Fortunately, there was an AirTag hidden there, so was able to go to the police with very valuable information. Using the details of the location, Boston Police were able to approach the scene and recover the bike.

After sending a photo of it to the lucky owner, he picked up the bike from the police station and confirmed that indeed, the AirTag hidden in a small zipped case it had not caught the thief’s attention.

In Germany they also collect bikes thanks to AirTag

YouTuber MegaLag raised the stakes when it came to testing the effectiveness of AirTags in locating lost items. In the video that accompanies these lines, he explains the various tests he performed, such as willfully lose keys on a train that he could almost recover.

Although it was a simulation, the results were impressive: after a train ride of several hours, the YouTuber was able to connect to the AirTag which was in a building from the sidewalk opposite. . The owners of the apartment weren’t at home, according to the neighbors, so he couldn’t get the key fob back, but as he himself admits, being able to get so close was surprising and if they had been real keys, he could have insisted on their recovery.

Thieves crash into the AirTag with these five curious real cases that continue to surprise us.

By performing these tests, MegaLag made another experiment. He hid an AirTag in his bike and used it without attaching it for several days. Reached a certain point someone stole the bike, a real heist.

The YouTuber became aware of the situation almost 12 hours later, a considerable time later, and located the bike in a gated community. After speaking to the security services, who offered to escort him to the scene, he was look for almost half an hour without success.

The next day, the bicycle started to move and left the compound. As he could not enter it, he waited there for the bike to enter through the only access there was. In the meantime, he received a notification that his bike was about half a mile away. To the protagonist’s surprise, he found the bike abandoned next to a building, intact and ready to take home

The tests in England are also satisfactory

In another video posted on the Bikespeeds channel they simulate a bike theft in Lowestoft, England. After sticking an AirTag under the saddle, someone you trust “stole” the bike. With 10 minutes early, the bike started to move.

Thanks to different places that could be picked up In the Moving Bike Finder app and through the strategy of imagining where the bike might be if it had to keep moving, they managed to intercept the suspected thief.

In Applesfera, they also tell us cases: Reisa and her joker brother-in-law 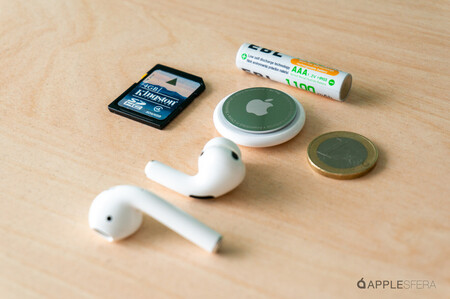 At Applesfera, we have also seen the effectiveness of AirTags. User travel

He told us in a comment your experience with your scooter and an AirTag.

One day while having a drink on a terrace with my family, I went to the bathroom and when I returned the scooter was not there. My family told me that they were in the conversation and hadn’t noticed it. I quickly looked at the search app and it detected it about 50 yards away. I approached and immediately passing through a portal the ultra-wide strip with the little arrow detected it. I walked in and he was parked there. The fucking of my brother-in-law (brother-in-law had to be) had hidden him from me for a joke, but he didn’t know I could locate him. Besides, he has Android, so it wasn’t his cell phone that gave me the job. So the nonsense helped me put the experience to the test and succeed with flying colors.

A story with a happy ending that, thanks to the owner’s ignorance that his brother-in-law was responsible for the disappearance, we can well tell as a true story. Further proof of the effectiveness of AirTags.

Clearly the ability to locate any item just by going into the Search app is really helpful. A versatile system that leverages the large number of Apple devices to collect location completely privately and securely and allow us to potentially find anything.