The last time Google redesigned the interface of Android-Auto It was in 2019, launching during this summer a facelift full of important new features, such as its new navigation bar or its application drawer. During these three years, Google has continued to add improvements and new functions, but it seems that during this 2022 there will be yet another redesign.

beta version of Android Auto 7.3 includes in its source code clues about the next new features that seem to be coming to compatible cars in the coming months, and from Android World they have managed to activate some of these new features to show us the first screenshots

The new features of Android Auto that are coming 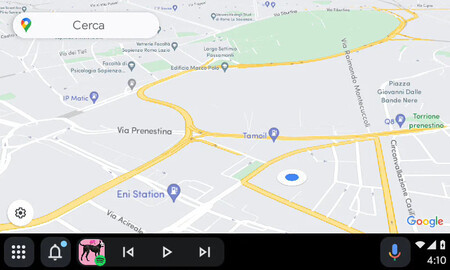 One of the main new things that seem to be coming to Android Auto is a redesign of interfaces. google would remove the status bar which displays the time, connection and battery at the top of the screen to integrate this information into the navigation bar.

The navigation bar would revamp some of its icons such as the app drawer to provide a more familiar design, eliminating the circle icon for the classic drawer icon. We also see how direct access to notifications change position

to the left of the bar to make it much more accessible to the driver’s hand. 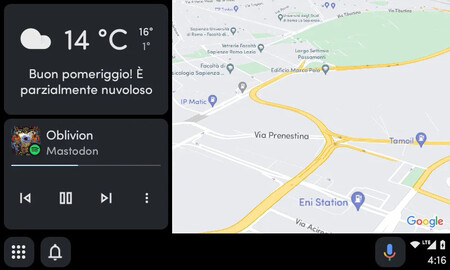 Another major interface change is that it looks like split screen will no longer be exclusive to widescreens. According to the leak, all cars with Android Auto will now be able to see two applications at the same time, which will always allow us to see the GPS navigator while we consult the calendar, the music player or the weather, to name a few. just a few examples.

A mysterious application called Cast (Beta) with internal code Mirroring App It looks like it’s going to add a built-in Chromecast to Android Auto. It is assumed that this would be for the secondary screens that some high-end cars include, to allow their passengers to send content from their mobile to the screens in their seats.

Finally, the Android Auto Phone application will allow you to answer calls with an SMS. Next to the options to reply or reject, a new option to dictate a text message will appear. 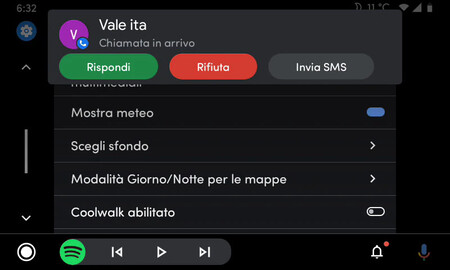