Apple has responded to Facebook’s criticism of the requirement to post privacy information in the App Store. In this response, he specifies that his applications will display the same information as all those in the App Store, nothing has changed in this regard. 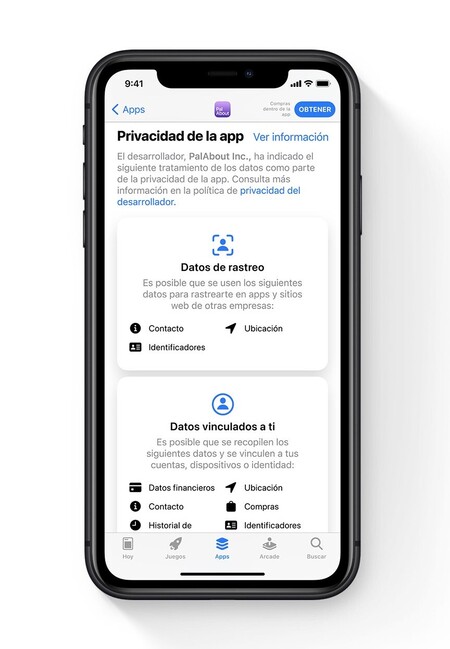 All of this fuss is being caused because soon Apple will be showing app privacy information in the App Store. Since December 8, developers have been forced to fill out some sort of form where they indicate how they use the data they collect. This information will be displayed on the pages of the applications so that we as users know, at a glance, what is being collected and how it is being used.

Faced with this situation, WhatsApp complained of anti-competitive practices because, for some reason, they believed that Apple apps would not have to display the same information. In the complaint, they also mention that some applications how Camera, Pictures O messages They do not have a page in the App Store because they are preinstalled. Axios collected the complaints like this:

WhatsApp claims the provision is anti-competitive because Apple’s own encrypted messaging service, iMessage, comes preinstalled on iPhones and does not need to be downloaded from Apple’s App Store, where privacy information is available. now required.

“We believe labels should be consistent across all proprietary and third-party applications,” a WhatsApp spokesperson told Axios.

“While providing people with easy-to-read information is a good start, we think it’s important that people can compare these privacy ‘nutrition labels’ of apps they download with preinstalled apps like iMessage.”

Apple’s response: the same rules for everyone and information on the web 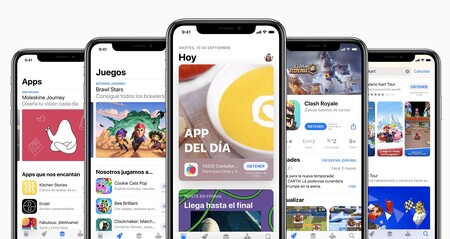 The new rules also apply to all iOS apps, including all Apple apps such as messages. For iOS apps that don’t have dedicated product pages in the App Store, such as messages, will continue to display the same privacy information to users on Apple’s website.

A clear answer that stifles any complaints from Facebook or other companies. The truth is, Apple is extremely transparent with the use of our data

and the App Store’s privacy information labels clearly demonstrate this.

Talk about the app messages, on which WhatsApp has focused criticism, it must be remembered that we can use this app for years and never use iMessage, Apple’s messaging service. Remember that messages is the application to which we turn to send and receive SMS and MMS, a distinction on which it is important to be clear.

In any case, beyond the occasional complaints, the truth is that being able to understand at a glance what use of our data the apps we install will be making will be a big step forward for our privacy. Often we are not aware of the amount of data we are providing when using a service, It’s clear that the App Store privacy information is another step in the right direction.

free tv so you don’t have to think about Netflix