AppleOS or why we’ll never see an iPad with macOS

There is a lot of debate around the iPad-Mac dichotomy on a regular basis. Some positions expose the need to merge them, while others ensure that they must remain independent. In all this debate there are concepts and thoughts that I think are interesting to do, especially to have a little more perspective. Let’s go.

What is a computer?

We start with the sentence uttered by a funny girl who in the ad in the header of these lines uses her iPad to do all kinds of things: homework, chatting with friends, reading comics, photos, etc. At the end of the video, his neighbor asks him “what are you doing with your computer?” And she answers “What is a computer?”.

At first glance it may seem that the intent of the ad is to show that younger generations are not very familiar with computers, desktops, those in a lifetime, but I think you have to interpret this sentence going a little further. I think it’s interesting to ask what a computer is. It’s clear that a Mac Pro is a computer, just like a 16-inch MacBook Pro, but Is it an iPhone? Is it an Apple Watch?

When we search for “computer” in the RAE it refers us to “Electronic computer” whose definition is: that it calculates. That is to say, a computer is all that does calculations. So an Apple Watch is a computer, a wrist computer if you will, a computer that is not very powerful (although much more powerful than the computers that took man to the moon), but a computer after all.

Here we start with another question, what is M1 chip? I mean this in the sense that, at the end of the day, the M1 processor is an SoC, that is, a system on a chip, several components combined into one. The basis of the M1 is, as we already know, the A14. In fact, the first Apple silicon Macs we saw, developer test drives, contained an A12Z.

Although the iPad Pro has an M1 processor, although the chip has the same name, on the iPad there are several sections that are disabled and are only useful on Macs. it’s more about marketing than changes, that there is, between the different chips.

Something similar is happening with the operating system. I ask a question again. Are iOS and iPadOS two different operating systems? Well yes, we can say yes. One has mouse support, for example, but the truth is that they share so much, so much in common that the two iOS could easily continue to be called, like four days ago.

What is a computer? What is an iPad?

With the three questions and thoughts that we just raised, we are ready to examine one of the main questions of this article: What is a computer?

The problem is, some people call the iPad a computer, just as it is. Others say the iPad is not a computer, and they are also right.

At a time when the computer on our wrist has incredible power and when operating systems blur their borders, the iPad is based on the use we want to give it. Ultimately, whether our computer is a Mac, iPad, or iPhone will depend on what we want to do with it. I think we should put aside some labels and concepts to agree that each device has its workflow and strengths and that we have to choose between one or the other according to our needs

So will we see an iPad with macOS? 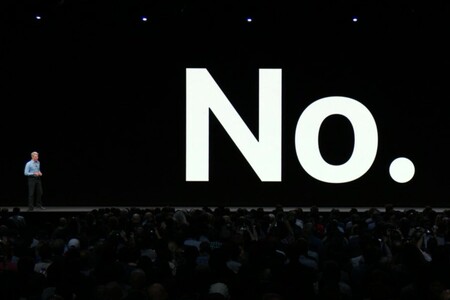 Not in the near future. That ultimately all operating systems will converge into one? Sure. There will come a time when the different the devices will serve as a canvas for a single operating system. An operating system that will develop one workflow or another depending on where we run it. This already happens with Safari in iOS 15, on the iPad it behaves one way, on the iPhone another.

From what I understand, macOS will not and should not arrive on the iPad. Because I should? Why is the iPad powerful enough now? Why does it have M1 chip? So the iPad would be a Mac? What is a Mac? What is a computer? A tool to accomplish a task at a specific time.

Convergence is already happening in hardware, we see it with the M1 processor: a MacBook Pro, a MacBook Air, an iMac and a Mac mini all with the same processor and they are all different computers. We will also see it gradually in the software: little by little there is more unity, more uniformity and more functions that reach all operating systems simultaneously, although in all of them, due to the hardware that runs it, they work differently.

Skyrim in Unreal Engine 5 is as awesome as it gets

Huawei’s best smart bracelet is on sale from 39 dollars

The HomePod will be back soon. And with audio quality similar to the original model, according to Gurman

Skyrim in Unreal Engine 5 is as awesome as it gets