changes in battery, sensors, magnets, modularity and much more

The design change that we have seen between the AirPods 2 and AirPods 3 is quite significant. The change goes beyond the outward appearance, because inside there are also several novelties important. News that can only be appreciated by disassembling the new AirPods, which is exactly what they did in 52audio.

The new AirPods 3 are coming with several interesting changes. Changes that extend so far to the earphone charging case, now with MagSafe support, as in the same headset, with additional microphones and a new form factor. Let’s start by talking about the charging case. 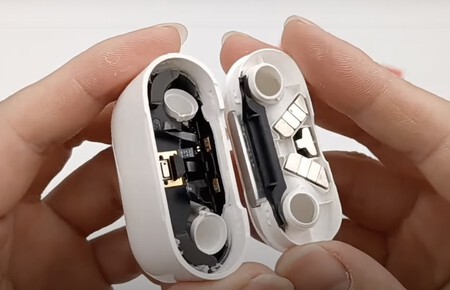 The AirPod retention system in the case has changed slightly. Now, two magnets at the top, located just below the thickest part of the headset, keep them attached to the case while charging. Along with this, Apple also placed the magnets that keep the housing cover closed. 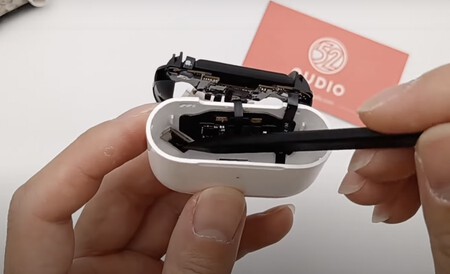 The charging case is thus divided into two parts, the upper one, where these magnets are located, the hinge and where the AirPods themselves rest, and the lower one. The two parts are fixed with a little adhesive. At the bottom, we find the housing for the headphone leg, the battery and, glued to the outer plastic, two magnets to adhere to the MagSafe system. The battery is located on the front of the case. 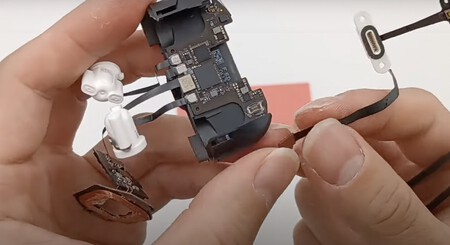 . We see the magnetic charge coil and its electronic components. There is also the battery, with a capacity of 345 mAh. 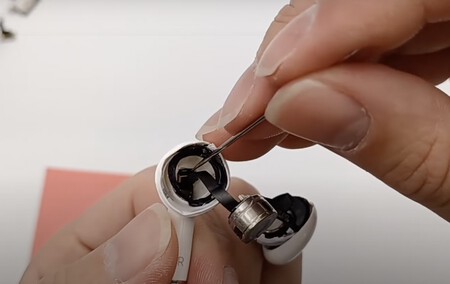 Moving on to the headphones from the video, they manage to disassemble them by separating the two halves of the part where the speakers are housed. Inside, we find the speaker, the internal microphone, attached to the frame of the helmet, and the skin sensor. The the battery is also housed in the main body of the AirPods, which allows it a much wider width than it would have if it were to be placed over the ear of the earpiece. 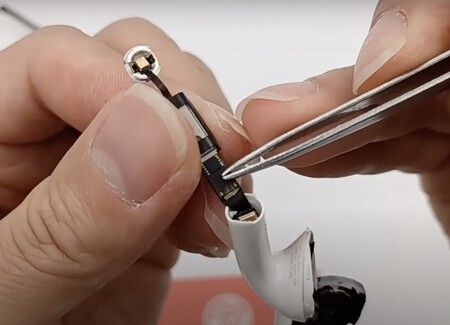 All components are connected by flexible printed circuits. After removing the battery, we reach an antenna that forms a ring around the thickest area of ​​the helmet. From the inside, by pressing, you can remove the microphone at the end of the leg as well as the force sensor and other antennas. On its back is the H1 chip. 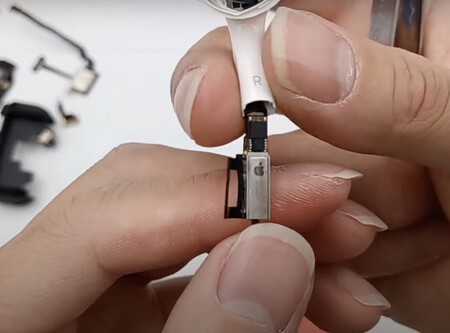 Comparing with the interior of the AirPods Pro, we can clearly see that Apple has achieved greatly simplify the interior of these new headphones. An important advantage when it comes to being able to repair those AirPods and also to recycle them properly when the time comes.

While we could already imagine, seeing the amount of technology that Apple has managed to put inside these little headphones is quite impressive. A technology that we perceive thanks to the sound quality, of course, but of which we are often only aware when we see it.