Arrive changes in Google Play policies. And it is that after knowing that they will prevent the use of outdated applications, the Mountain View company has announced important changes for developers regarding the family policy.

Google now refers to new restrictions in applications intended for children, referring both to the content of the application itself and to advertising. A series of measures that are part of the company’s strategy to make its app store a safe place for the little ones, but who are somewhat confused by the void they leave as to what is or isn’t. is not inappropriate content. 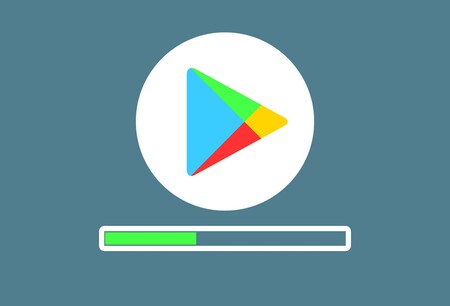 In the aforementioned new policies for Google Play developers, the big G company states that all apps that children can access must have a “content deemed suitable for minors“.

Apps with “inappropriate” content may be available in some regions, depending on local restrictions.

However, Google does not say what it deems inappropriate. It is obvious that pornographic or extremely violent content is considered inappropriate for a minor, but this is also not specified and it seems to want to be more related to the legality of each territory. In fact, they clearly allude to this issue by stating that an app might be available in a specific region if deemed appropriate there, but not in another where it is more restricted.

We understand that Google Play officials in each country will be responsible for verifying content based on the legality of the location. And there won’t be a few cases precisely, since there are applications that have been rated for different ages depending on the country they are in

It should also be noted that they now include new information in this regard for adjust advertising apps. From Google they warn that applications, although whose content is approved for minors, advertising must be consistent. To do this, they indicate that the developer must use SDKs that meet the self-certification requirements, having to choose an age range for advertising. The latter will also be mandatory for applications that have reached the legal age.

Contrary to the ambiguity with which Google treats inappropriate content for minors, it clearly refers to apps that have no place in Google Play. For example, applications that do misleading claimsbe it in its name, previews or Google Play description.

They also exclude those do not have the necessary permissions, exposing as an example a hypothetical application called “Official Justin Bieber” and to which the Canadian artist has not authorized. Neither applications with hateful content will be allowed.

These, along with other new policies, are part of Google’s announcement this April. As stated on their website, new and previously released applications They will have 30 days to adapt to the new regulations, starting April 6. However, May 11 is also marked as the effective date, which would add a few extra days to that grace period.

Remedy and Rockstar are preparing a big remake

Age of Empires IV Season One Update Now Available – Welcome to the Festival of Ages!

Age of Empires IV Season One Update Now Available - Welcome to the Festival of Ages!