which means that this device would be real and could go on sale in a few months.

Below G454V model and description “Wireless Device”an unknown device has been discovered Google has been through the FCC, and according to US Federal Communications Commission documents everything says what a new Chromecast is.

If it is true that the model G454V does not match the naming structure of the Chromecast lineup, the description for this “wireless device” does describe a Chromecast. The docs talk about a device with 802.11ac Wi-Fi, Bluetooth connectivity, and which can play content on [email protected] 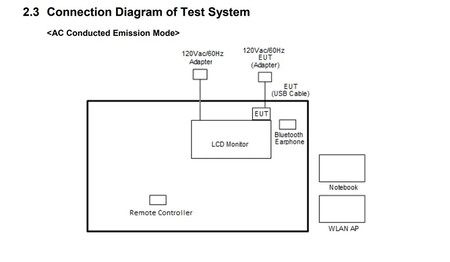 With this description, this device could also be a new smart display with Nest Hub, but the connection diagram of th is unknown device makes us wonder what kind of device we are dealing with. In the diagram we see that the device has a remote

, and currently only the Chromecast with Google TV has a remote. Also, in another document, we can see that the device is being made in taiwan.

It is expected that Chromecast HD with Google TV will go on sale later this year alongside the launch of the new Pixel 7, Pixel 7 Pro and Pixel Watch. Current Chromecast 4K with Google TV which will be two years old in September, it still looks like it will take some time to be replaced by another new model, since Google recently launched this device in 12 new countries.

Overdose: Is that the name of Hideo Kojima’s new horror game?

Overdose: Is that the name of Hideo Kojima's new horror game?