The name Randy Wigginton won’t mean much to most tech enthusiasts. This software engineer is one of the privileged few to have worked at Apple in its early days, being Apple employee # 6. And he did it alongside Steve Wozniak, the genius behind the company’s early breakthroughs. A few months ago, he answered many questions about the Apple of the day on Quora. His answers are most illustrative.

Through 16 questions and answers achieved in the space of several years, Wigginton recounts his early experience with Apple. One of the most consulted aspects is the distribution of the initial share capital of the company, which had more and which sold “too” early. Originally, Steve Jobs, Steve Wozniak and Mike Markkula each owned 33.33% of the company.

Wozniak started selling some of its shares to private investors before the company went public. December 12, 1980. But the most notorious case is that of Ron Wayne, co-founder of Apple, who sold his 10% to Jobs and Wozniak for $ 2,300 just twelve days after the company was registered. These actions would have made him a millionaire if he had waited a few years. 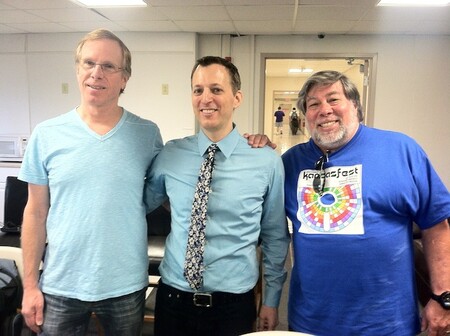 Wigginton on the left and Wozniak on the right.

In this sense and to defend Wayne, Wigginton emphasizes that “no one at the time had the slightest idea that Apple would succeed”. That the only one, perhaps, everyone’s visionary was Mike Markkula. Markkula invested the first $ 80,000 in equity and an additional $ 170,000 in debt, shortly after becoming Apple’s second CEO for a few years in the 1980s.

In another of his answers, Wigginton recounts what the marathon work days of the original Macintosh team looked like. Did they work 90 hours a week?

His answer is “yes and no”, since this calculation includes breaks, lunch and dinner. But they were not exempt from working 6 or 7 days a week, reaching 100 hours with only a few weeks left to get started. Not surprisingly, the engineer strongly opposes it as a common practice.

How was Steve Wozniak at the time? 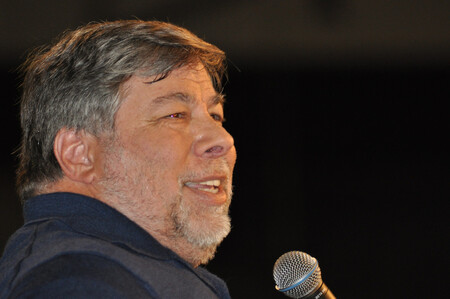 Wigginton recounts what Wozniak was like, whom he considers his mentor and best friend during those Apple years. “Working with Woz was like working with the smartest person you’ve ever met, taking him a few more steps, combined with being a joke enthusiast.” His best moments weren’t the programming but make jokes.

He was able to work long hours, including nights, at Christmas and New Years, when he deemed it necessary. But after these “gusts” he returned to his normal schedule from 9:00 a.m. to 6:00 p.m.. For the engineer, this Apple co-founder was a patient and kind person, little concerned with money. One of his concerns was with the folks at Apple and “he was happy with a lot of other things.”

When asked if Wozniak was overrated by people, he replied that as an engineer he was brilliant. He was able to create the Apple disk controller][[[[with only 8 tokens, when a standard used 40 or 50 tokens. When they showed the “record player at the Dallas electronic conference, no one could believe it worked.” They searched under the table for other gadgets.

Judging by Wigginton’s account, Wozniak was a genius who made key contributions to the apple of the time. He later decided to focus on other things as the business got more “serious” and began to grow. Every now and then he comments on Apple news, such as when he said it would be the biggest company in 2075. But the truth is, that doesn’t bother the company.

The 14 worst series finals of all time

The 14 worst series finals of all time