Xiaomi is on its way to making a name for itself in the automotive sector. The brand, better known in Europe for its mobiles than anything else, has expanded to other sectors and today presents its first humanoid robot.

Another project th at has been in the works for some time, and which has now shown signs of life, is that of self-driving cars. Specifically, Xiaomi is focusing on the smart system that will control the vehicle, and not so much on the design of the car itself, at least not now.

This is Xiaomi’s self-driving car

For this reason, the car presented today at the gigantic Xiaomi event is actually a prototype; quite a striking one, especially for the white lines that remind us of classic American sports cars, although this is not exactly a car for those who like to drive, quite the contrary.

Xiaomi’s goal is that we don’t need to touch the steering wheel at any time about our trip. That we could leave the house, drive on the freeway and around town, and drop the car off at the gates and let it find a parking space on its own. Indeed, it’s the highest level of battery life, and the video released today demonstrates some of these features.

Some are already well known, since we have seen them in the competition, especially in the Tesla; we refer to functions that are becoming more and more basic, such as changing lanes or detecting traffic lights. But in addition, Xiaomi has demonstrated other more striking and important ones, such as the ability to detect pedestrians and cyclists to avoid accidental collisions. In one particularly noticeable part, the car is able to “turn” between a pedestrian and a cyclist, just like a human driver would (or even better).

The prototype is already capable of more complicated maneuvers than changing lanes, such as changing direction or detecting zebra crossings hidden from the naked eye by other elements like other cars. 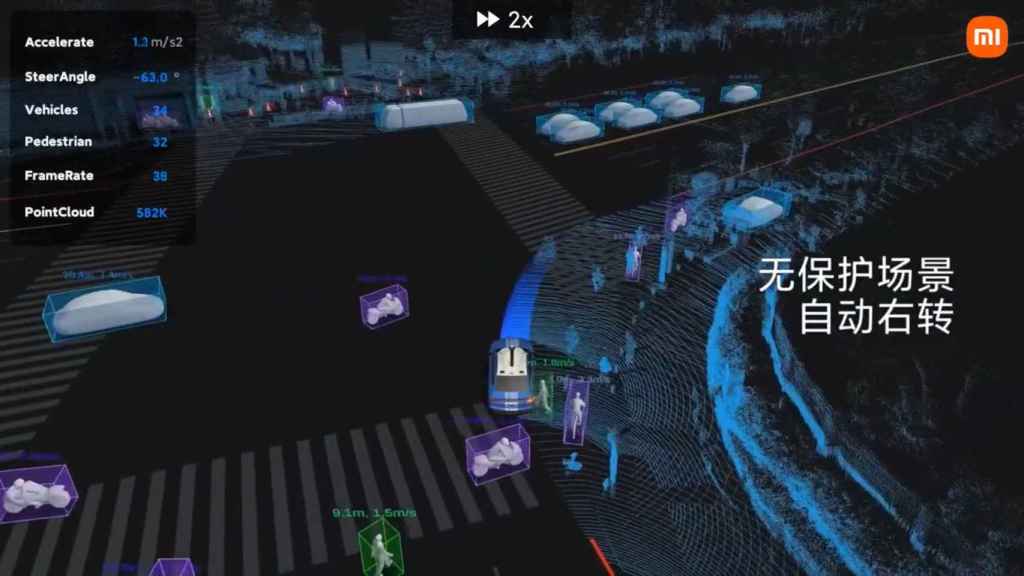 Another surprising part is when the system detects that there is a car stopped in the middle of the road due to an emergency; in this case, instead of stopping and giving control to the driver, he is able to make the decision to safely drive around the stationary car. Lastly, this car doesn’t even need a driver, as evidenced by a part where the driver got off to let the car find a parking space. And to call the car, you just need to use a mobile app to pick us up.

At the moment, Xiaomi’s self-driving car doesn’t have a launch date, but its CEO, Lei Jun, assured that development is going well, revealing that he already has 140 vehicles being tested across China.

LEGO: Rare and complex, this Star Wars set is at the best price!

SEGA reveals another batch of games for Mega Drive Mini 2

SEGA reveals another batch of games for Mega Drive Mini 2