For Tim Cook, augmented reality is “key” in the future of Apple

Tim Cook sat down with Kara Swisher for a half-hour conversation on his Sway podcast. In it, they touched on various topics, among which augmented reality stands out. A technology that Cook considers “key” to the future of Apple.

Increase conversations to enrich them

When a reporter asks Tim Cook about future products, the CEO often responds to waves or generalities. This time he gave us a rare example of a specific use for augmented reality. Swisher asks him about the upcoming WWDC and its invitation to the event that points to glasses, as well as whether Apple is preparing to showcase its first big product since 2015. To which Cook responds as follows:

Well I can’t talk about anything that we might or might not have in the pipeline [plan de lanzamientos]. But in terms of augmented reality, the promise of augmented reality is that you and I are having a conversation right now. Certainly, it could be even better if we could enrich our discussion with graphics or other elements that appear.

And your audience would benefit too, I think. So when I think of different areas, be it health, education, gaming or retail, I see that augmented reality has already taken off in some of these areas with the use of the phone. And I think the promise is even greater in the future.

Apple barely lent any time during the previous WWDC to ARKit, its frame for augmented reality. But that didn’t mean that it didn’t make improvements, since it still presented its fourth version. Between them, experiences anchored to specific coordinates stand out

and better obfuscation of people thanks to LiDAR. Of course, they correspond perfectly to the words of the head of Apple. 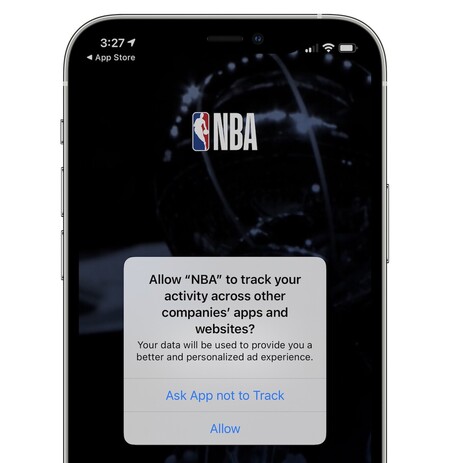 In a few days, when Apple releases the final version of iOS 14.5, a new privacy permission will be activated. Users will be able to choose if they want an app to follow them

through other applications and the web. And they can do it at a granular level with every application that asks for it.

Much of the conversation has revolved around privacy and how Apple understands it. Tim Cook argued that for his business, it is a fundamental human right. The one on which the rest is built, as if it were a foundation. Cook recalled how, a few years ago, Swisher herself and Walter Mossberg interviewed Steve Jobs.

The then Apple CEO said that “privacy is that people know what they are aiming for and they need to know it in plain language.” Cook goes on to say that each individual must “own their data”. And that you should be able to say who uses your data and for what.

When asked if this would hurt Facebook, Cook makes sure his new privacy measures will apply equally to all apps. These measures do not target a specific company, but to everyone who participates in the App Store.

Top 10 of the best sports games by subscription

Top 10 of the best sports games by subscription