Despite the fact that competitors are constantly evolving and presenting more and more solid and interesting proposals in many respects, Chrome is still the go-to Android browser. Partly because it comes pre-installed on millions of phones every year, but also because it’s one of the most complete and functional, although its memory consumption can be improved.

Now, Google is moving Chrome to version 102 on mobile, a version that is still in testing, without being released for all users, and which will correct certain operating errors but will also introduce a change in its design. In the way it acts in relation to the most visited pages that initially appear. We say goodbye to the icon grid and hello to the icon carousel.

8-12 pages, plus space to Discover

As they move from 9 to 5 Google, where they got access to the version of Google Chrome that the company is finalizing for its beta release, the default browser for millions of Android is about to change the home page. The part where we see the most visited pagesand which adapts to our navigation, is preparing to abandon its classic grid style and adopt something more mobile, but perhaps not as functional.

Currently, the Google Chrome homepage includes the search logo at the top, the search box when you zoom in the middle, and two rows of icons with four icons each. This grid contains our 8 most visited pages from mobile until then, and it evolves as we start visiting other pages more frequently. 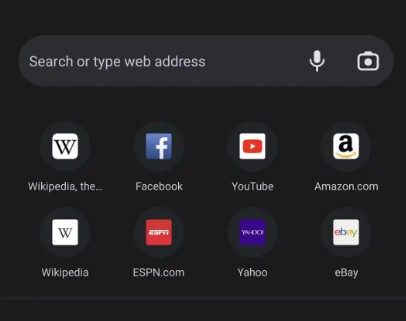 We will pass this… 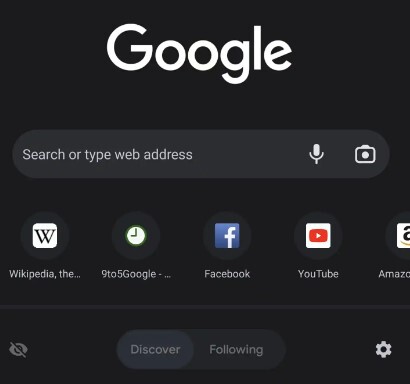 …to this with Google Chrome 102 for Android

With version 102 of the browser, Google will modify this home page to swap the grid for a carousel. This means that we will stop seeing the two rows of icons and see only one, although in return we will go from having the 8 most visited pages there to having 12 pages. The only downside is that we won’t see them all at once, but instead we’ll have to swipe the carousel to the left to reveal all the icons.

Presumably, Google is making this change not only to offer more frequent pages, but also to be able to devote more space on the home page to Discover news. You already know that the change will come with version 102 of the browser, which in theory has already been released in some regions but which we still do not have active here. It will only be a matter of hours until it is fully deployed.

Like customizing Xbox controllers? Check out these custom DM screens

Resident Evil: The Netflix Series unveils its terrifying monsters in a terrifying trailer!

With the new WhatsApp, you will never miss the statuses of the users you chat with

Resident Evil: The Netflix Series unveils its terrifying monsters in a terrifying trailer!