Google is already Apple making hardware, it just needs to know how to sell it

We can all agree that Google is a real monster when it comes to software. Monster in a good way, not just in size. It is true that some of its proposals have been erased from its catalog of services, but only what has been achieved in Gmail, Photos, Android or Google Search itself, the search engine, would be worth fifty lives to any other business. However, in hardware, they’ve always had a fuzzy strategy.

Something has changed, however. In recent years, Google has turned around what was “the worst” in hardware manufacturing, and the latest Google I/O confirmed that the gamble is now complete. We will no longer speak only of physical or mobile assistants. Google bets on tablets, foldable phones and also watches. Google is finally going all over the place, but his way of selling it, of selling himself, remains imperfect.

Google and Apple, rivals not so different but not similar either

It always seemed strange that Google didn’t want to enter territories it apparently controlled perfectly. In the same way that Apple has always been the owner and lord of its ecosystem, designing every step from software to hardware of all its devices, Google stayed half-throttle with Android.

There is no doubt that Google is, today, one of the best software builders out there. As we have already said, the famous search engine has gone out of business, but also Android, and later WearOS. Also Chrome OS. Then Fuchsia for your connected devices. And of course, services of the caliber of Google Photos or Gmail. Not to mention Assistant, of course, perhaps the most powerful AI virtual assistant today.

The accomplishments have been many, but while Apple has always wanted to cover everything from code to every part introduced into its devices, Google has stuck to the software side. A side that dominated perfectly, but we users felt a kind of “half-throttle” strategy, which over time it has been channeled though still incompletely.

From Nexus to Pixel 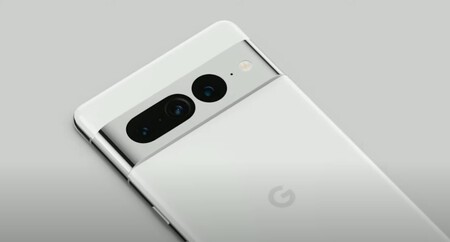 Google’s first adventures with Android came with phones manufactured by third parties. First hand in hand with HTC and under their brand, then under the Nexus brand. Google has employed many manufacturers along the way to produce each of its devices. We have seen the arrival of phones from HTC, Samsung or LG. Also tablets made by ASUS.

The Golden Age of the Nexus is also overand as Android grew ever more powerful and captured an ever-growing market as the system itself matured, Google’s definitive commitment to becoming the “Apple of Android”, controlling every step of the process, didn’t finish when it arrived.

With the Google Pixel came a different, more muscular, but still incomplete bet. Own manufacture. Or almost. At least own design.

The company’s first phones still seemed unfinished, despite evolving generation by generation. Its hardware shortcomings were resolved by more polished software than ever before and by Google’s might in photography, showing what it was capable of despite not having the best sensors or the best lenses. Google excelled at what it had always done best: software. Artificial intelligence.

With the latest Pixels, much more perfect in terms of hardware, the necessary bets have also arrived to differentiate themselves and offer something more. The Google Tensor, for example, is a great example. Also earlier chips in other Pixel generations to focus on security. All of this combined with Nest products made for a stronger ecosystem. But the real bet happened two days ago.

Google I/O and the “all out” with regular marketing 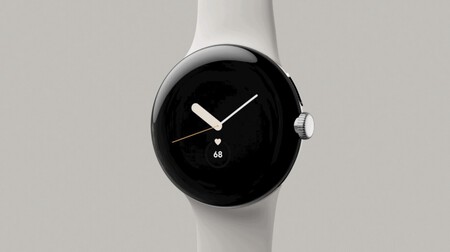 At the last Google I/O, the North American brand put a lot more meat on the grill. We are no longer just talking about connected objects for the home or mobile phones. We are also talking about tablets and watches. And the future promise, and not yet official, to launch into foldable phones. All this seasoned with a much more mature and solid version of Android

the one with Android 13.

However, Google’s bets came with a “for later.” Unlike what Apple does best, which is to advertise and sell to take advantage of the infatuation for your own benefit, Google keeps simplifying things and it doesn’t seem like it’s benefiting them. Some manufacturers are advertising now and selling months from now, and Google isn’t interested in going that route.

Timidly showing the Google Pixel 7 to say they’re coming, doing the same with the Pixel Watch, or hinting at the existence of a tablet that only showed us its back corner at first doesn’t benefit them. Its users want, we want, to buy these products now. We want the Pixel brand to be strong and competitive not only in terms of quality and software, but also in terms of sales. And there, Google fails.

Google is putting in the batteries, it’s true, and its commitment is more comprehensive than ever. It’s coming back to tablets for what we assume is the big door, and finally it’s being encouraged to squeeze in its own mobile operating system, WearOS. But the announcements need to come to fruition now so the bet doesn’t stay half gassed. And that’s what happened. Just like improving in other areas, Google needs to pull itself together when it comes to selling itself. The hardware proposal must be at the same level as the software proposal. This is what we (almost) all want.

Apple will launch a new, improved and cheaper Apple TV in 2022

“You know nothing, Jon Snow,” a friend told me

"You know nothing, Jon Snow," a friend told me