Google Maps navigation picks up the compass: this is how it works

Earlier this week, the team of Google maps announced the news that will come to its app soon, such as “ Live View ” indoors, ecological routes, air quality, among other new features, but did not mention an old feature that came back after disappearing over two years ago

it’s about the compass of navigation mode Google Maps, which was discontinued in early 2019 and whose return was announced by Google’s support page.

When the Google Maps navigation compass began to disappear in January 2019, few users wanted to recover it, showing their displeasure at its disappearance. Two years later, Google finally listens to users and recovers the compass.

Th is is the compass in Google Maps navigation 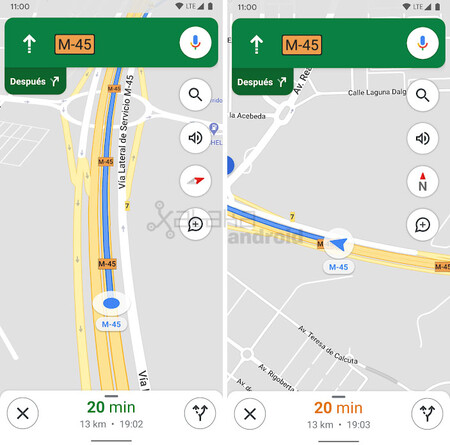 If you have updated Google Maps, now when you start navigation you will see the new compass icon, just below the option to silence voice prompts and above the button to report an incident or a music player if you have it enabled.

This option, the only thing that works is to know where the north is, but it offers two behaviors. By default, it will work like a normal compass, where the compass rotates according to our orientation to indicate with the red date where the map is located. If we click on the compass, the map will be displayed north, ceasing to turn and lean, he will focus only on our position.

Top Tips to Improve Your iPhone, iPad, or Mac Battery