With Street View, Google offers us millions of 360-degree panoramic images with which we can walk the streets and highways at street level in more than 130 countries. And now with the recent update of Google Maps for Android it will be more comfortable to explore the streets with this view.

Street View from Google Maps launches a facelift in its mobile application adding an important novelty: the split screen.

As of September 2019, we had no news in the integrated version of Street View in Google Maps. Fifteen months ago they added the Street View layer, which allowed us to find out which streets and roads we could see in their street level view with panoramic photos. Now this Street View layer is merged into the new split screen view 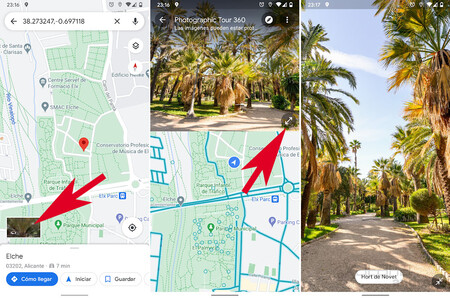 This way it is more comfortable to explore the panoramas of an area, as it allows us to move from one area to another by simply clicking on the street or on a point on the lower map. Before, we had to leave Street View to review the map.

Via | The free android

Apex Legends video makes you understand the function of the fuse

YouTube may soon have a long-awaited option on Android

android games are getting better

Apex Legends video makes you understand the function of the fuse