Google Photos’ free unlimited storage plan has its numbered days, albeit with a few exceptions to meet the contractual requirements of current Google Pixels. According to clues within the Google Photos APK, the app is preparing a new plan for future Google Pixels with unlimited and free storage with reduced quality.

Less than a month before the end of free unlimited storage for Google Photos. Starting June 1, you’ll have to choose between paying, using alternatives, or donating as much as you can to Google’s shared storage. Although Google has confirmed in the past that future pixels will not retain unlimited storage, it looks like they will, however. low quality.

9to5Google found text strings in Google Photos APK 5.41 that unequivocally describe a new storage plan that does not exist so far: Space saving (slightly reduced quality). It’s a similar concept to the space-saving option that Google has included in its camera since version 8.1.

The description adds that “the backup with Space Saver is free and unlimited”, as well as “the storage only applies to photos and videos from this Pixel device”. In other words, Google Photos is preparing a new plan to keep unlimited and free backup on the Google Pixel, but of reduced quality.

So will happen the fourth plan to Google Photos, and has for a few years the app included in some areas copying with Express quality, which seems somewhat similar to the new plan that Google intends to introduce for the new Google Pixels of the future . 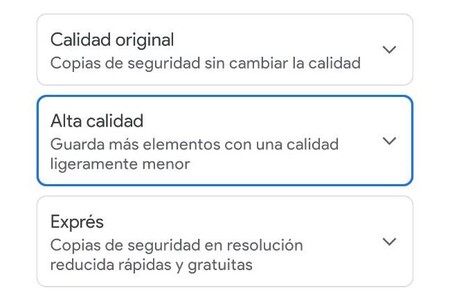 The three Google Photos plans that exist today (Express, only in certain regions)

If this feature ends up being enabled for users, those who buy a new Google Pixel will have to choose between up to four different plans. Express and the new low-quality unlimited plan seem similar, so we’ll have to wait and see how they differ. From June 1, it will be all Google Photos plans:

Different conditions for each pixel

It is difficult to keep up with the evolution of Google’s storage plans, as conditions will be different from June 1 to different models of Pixel and other android phones. Here’s what the outlook for Google Photos backup plans should look like, if this unlimited plan is confirmed:

the “Team Art of Fighting” will be made up of Ryo Sakazaki, Robert Garcia and King

Astalon: Tears of the Earth and Razion EX finalize their releases on Nintendo Switch – iGamesNews

Astalon: Tears of the Earth and Razion EX finalize their releases on Nintendo Switch - iGamesNews