Google released the security update for this month of November for their devices Pixels, but there are two devices that this month have stopped receiving new updates.

The Google Pixel 3 They completed three years last October since they went on sale, meaning that your support is over. Google only guarantees three years of updates, and the Pixel 3 is already running out of the November security update.

10 GOOGLE APPS THAT COULD SUCCEED

Pixel 3 and Pixel 3 XL will stay with Android 12

The Pixel 3 and Pixel 3 XL launched in October 2018 with Android 9 Pie, with which, during that time, the devices received three versions of Android and each month a new security patch, as well as updates. day “Pixel Feature Drop” in which Google released exclusive features on its mobile phones.

that Google Pixel 3 stopping the update means that they will officially stay with Android 12 and without new security patches, except for the ones you will receive through the many independently updated components through the Play Store. This does not mean that they will receive more news, as these models will continue to receive new features through Google Play services and Google apps. The Pixel 3 will be “obsolete” within a year with the launch of Android 13.

As we see in the following table obtained from the Google support page, updates for the Pixel 3 and Pixel 3 XL were guaranteed until October, and we already know that the November patch will not receive it. not, but the company might surprise with an update in December. The original Pixel and Pixel 2 also lacked guaranteed updates in October, but received a final update in December. Starting with the Pixel 6, Google will offer five years of security updates. 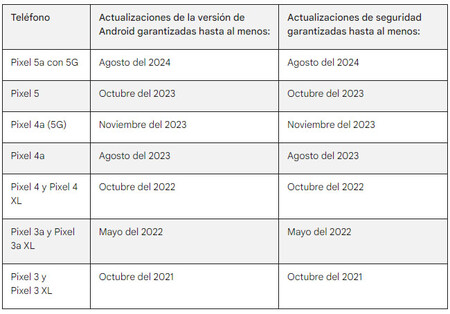 The Pixel 3a would also lack Android 12L 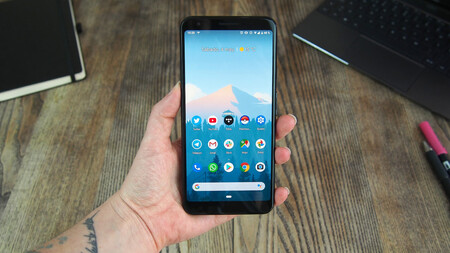 The Pixel 3a They hit the market in May, so they are guaranteed to be updated until May 2022, but if Google doesn’t launch Android 12L beta For the Pixel 3a, there are many doubts about updating to the final version of Android 12L in the first or second quarter of next year. So it looks like the Pixel 3a will only receive security patches in which they have life left.

screen, music or even series sharing is now possible in a FaceTime call

screen, music or even series sharing is now possible in a FaceTime call