Rumors suggested the launch was right around the corner and it was. No events or big announcements, the Pixel 5a is now official, although at the moment it can only be pre-purchased in the United States and Japan.

As we already know, the surname ‘a’ means that we are faced with a model with slightly more modest services from what we knew of the Pixel 5. The resemblance between the two is very evident, both in design and specs, but it suffers from a few cuts that make the difference. Let’s see what Google offers us with its new Pixel 5a.

Bigger, but without 90 Hz 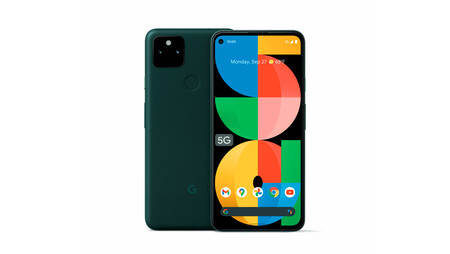 The Pixel 5a has a larger OLED display than the previous model, particularly 6.34 inches diagonally with an aspect ratio of 20: 9. It has FullHD + resolution and supports HDR. However, it does not come with one key feature of the top model: the refresh rate is 60 Hz and not 90Hz.

The increase in screen diagonal also affects the overall size and weight, but it still has a very tight border design, so we’re not talking about a very exaggerated increase. This generation keeps the front camera in a hole in the upper left corner and the capacitive fingerprint reader on the back,

no reader under the screen for the Pixels at the moment. By the way, the water resistance is IP67.

Speaking of cameras, the rear is double and has a 12.2 megapixel main sensor, f / 1.7 aperture and dual pixel focus. The superangular lens houses a 16 megapixel sensor, smaller than the main one, and is less bright (f / 2.2). For the front camera, Google keeps the 8-megapixel sensor with f / 2.0 lens and fixed focus.

Mid-range processor and a slight clipping in RAM 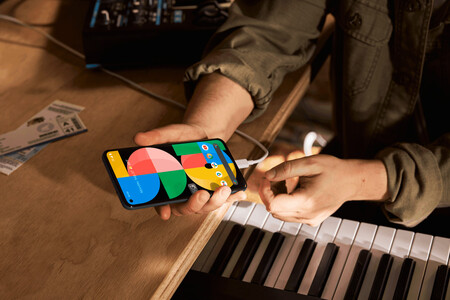 Google remains faithful to the Qualcomm 700 series and this Pixel 5a embeds the Snapdragon 765G chip, the same as that of the Pixel 5. The difference here comes from RAM, which remains at 6 GB. On the internal memory we have a single version of 128 GB. One detail to keep in mind is that the Pixel 5a is the first without unlimited storage of Google Photos. Until now, all models had this advantage.

Google didn’t give any details on the battery life, but the battery is known to be 4,680mAh and it also comes with the 18W charger included in the box. By the way, this model yes It has a mini headphone jack.

Pixel 5a versions and prices

As we predicted in the entry, the Pixel 5a is on presale only in the US and Japan. More countries are expected to be announced soon, but if Google follows the Pixel 5 strategy, it looks like Europe won’t be among them. The price is $ 449 and comes in a single 128GB version in black.